Newsletter
Sign Up today for our FREE Newsletter and get the latest articles and news delivered right to your inbox.
Home » 1998 Lincoln Town Car – It’s Showtime For This ‘90’s Lincoln 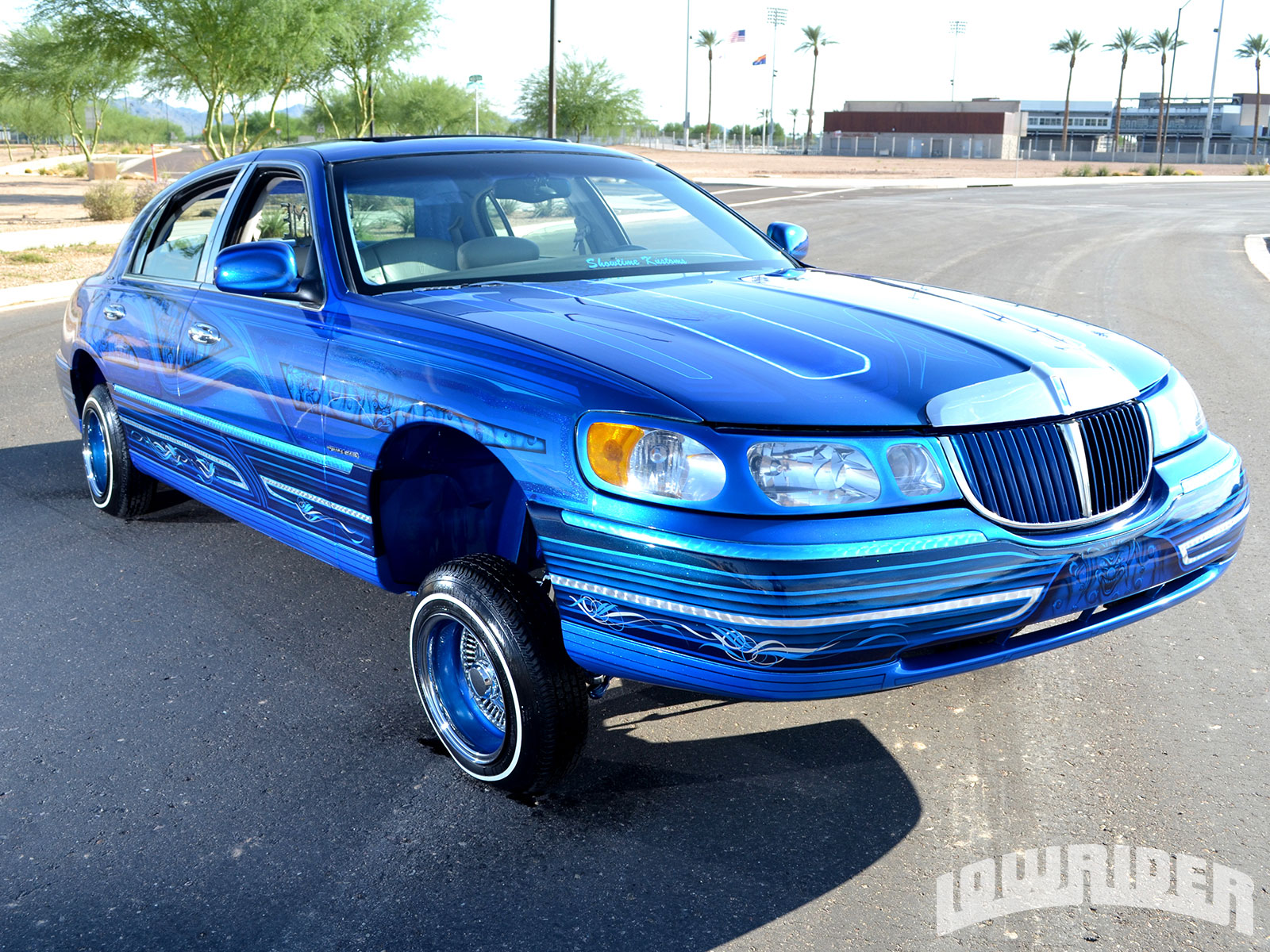 Dedication is always the key to any successful build, just ask 22-year Showtime Car Club veteran Art Gonzales. The same commitment he has shown his club was the basis of this latest creation, as it had to live up to the club’s lofty standards and traditions. After moving to Arizona from California, Art needed something clean for the streets but worthy enough to fly the Showtime plaque and establish his club in Arizona.

Art took a trip back to Cali to pick up a 1998 Lincoln Town Car. Even though the ride was already lifted and painted, he figured this would be a good starting point. He didn’t want to keep the car looking the same for long; it was well past time to redo the whole vehicle. Since he was new to Phoenix and didn’t know many people, Art was going to take the car back to California to get painted –until he met Chaio from Showtime Kustoms in Phoenix. After talking about the car for a few minutes, the newly acquired Lincoln was on its way to the shop, and Art was happy to start the work locally. Chaio started off by sanding down the body and fixing any imperfections the body had. Once the hard work was done, it was time to begin the fun stuff!

Chaio began laying down his blueprint of patterns all over the car. Not wanting to spray just any ordinary paint job, he wanted to take the Lincoln to the next level. In order to elevate the car’s paint status, Chaio laid down many patterns including lace patterns, ghost patterns, splashes, and water drops before finishing them off several shades of House of Kolor Candy Oriental Blue. During the paint process, Anthony Baca was called upon to add some murals to the car. He went to work airbrushing some clowns on almost all of the body panels. Keeping the “Payasos” in check, Anthony brushed them into the patterns that Chaio had already laid out. Before the clearing stage, Chavo, of Chavo’s Custom Pinstriping in Phoenix, was the last one to add some talent to the paint. Chavo laid out some of his trademark silver leaf and pinstripes from front to back.

After the body was done, it was time to move on to the undercarriage. The Showtime Kustoms Crew pulled off the whole suspension in order to get the frame ready for paint. While Chaio was painting the frame, any parts that were pulled off were sent to be chromed. Once the frame was finished and cleared, Carlos Garcia began reassembling the Lincoln’s suspension while adding some upgrades at the same time. Carlos would also finish off the trunk with a new set of painted batteries, hard lines, and painted pump accessories. At last, the car was done with the final pieces; a set of painted 100 Spokes with knock-offs to match the rest of the car. Art couldn’t have picked a better crew to build a street certified, Showtime approved, Lowrider.

Art Gonzales would like to thank his beautiful wife and children for all their love and support. He also dedicates this Lincoln to his late brother, Sergio Gonzales, may he “Ride in Peace.”