Newsletter
Sign Up today for our FREE Newsletter and get the latest articles and news delivered right to your inbox.
Home » 1964 Chevrolet Impala and 1984 Buick Regal – Catch Me 64 and The Aftermath 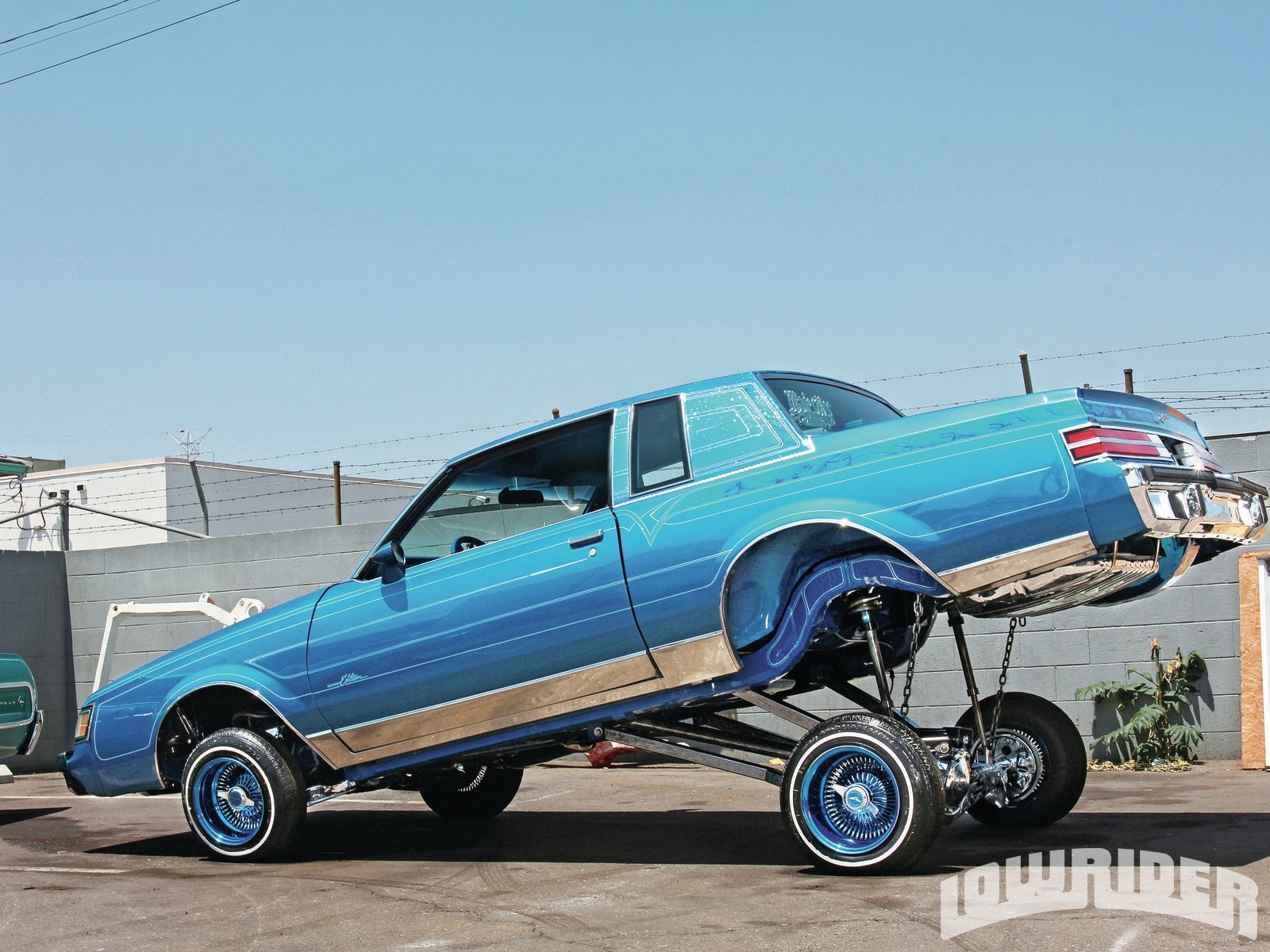 Alfred “Spike” Martinez of Huntington Park is no stranger to the world of Lowriding. After earning a rep for building show quality hoppers, Spike established his shop, Gator Customs, as one of the best in the business. He also earned his stripes with his club, the Majestics, and it was only right that he pass the torch to his own child one day. Spike’s son, Alfred “Little” Martinez, has been raised in the same culture as his father, giving him a great foundation to work with as a Lowrider.

As soon as his son was old enough to drive, Spike decided to help him put a car together. This father and son build was done in just 26 days, as Spike has become a G-Body expert; thanks to the many he has built over the years. This project was no different than any number of frame-off custom cars that Gator Customs cranks out on a daily basis.

With a reputation for building cars that can hit back bumper on Crenshaw, Alfred’s car was designed to do the same. The car was pulled off the frame and fully reinforced, and was also given a four link extension to allow the car to lock up high so it could show off the fully engraved and chrome undercarriage done by Castanieda Engraving. The car also received a Street Life hydraulic setup, which allowed the car to hit back bumper and tower over the competition. The paintjob was done by Spike, who left the car all set up for Mike Lamberson to work his magic, as he also is called upon to handle the majority of the shop’s pinstripe needs. Spike commissioned Wiro do some murals on the G-body, which, run through the graphics that Spike painted. Joe, of California Upholstery, wrapped the Regal’s interior with stingray, leather, and suede; this was a similar motif he used on Spike’s ’64 Impala, which you can also see here. Since the ’64’s interior had a metal dash that was painted to match the exterior, the Super Sport received a custom center console that was also wrapped to match the interior.

The ’64 weren’t built in 26 days, but it did come together quickly, thanks to the usual quality of work by Spike and Gator Customs. Now that Little’s ride is all hooked, up, you can try and catch this father and son duo cruising in their Majestics masterpieces.