Newsletter
Sign Up today for our FREE Newsletter and get the latest articles and news delivered right to your inbox.
Home » 1938 Chevrolet Master Deluxe – Redemption 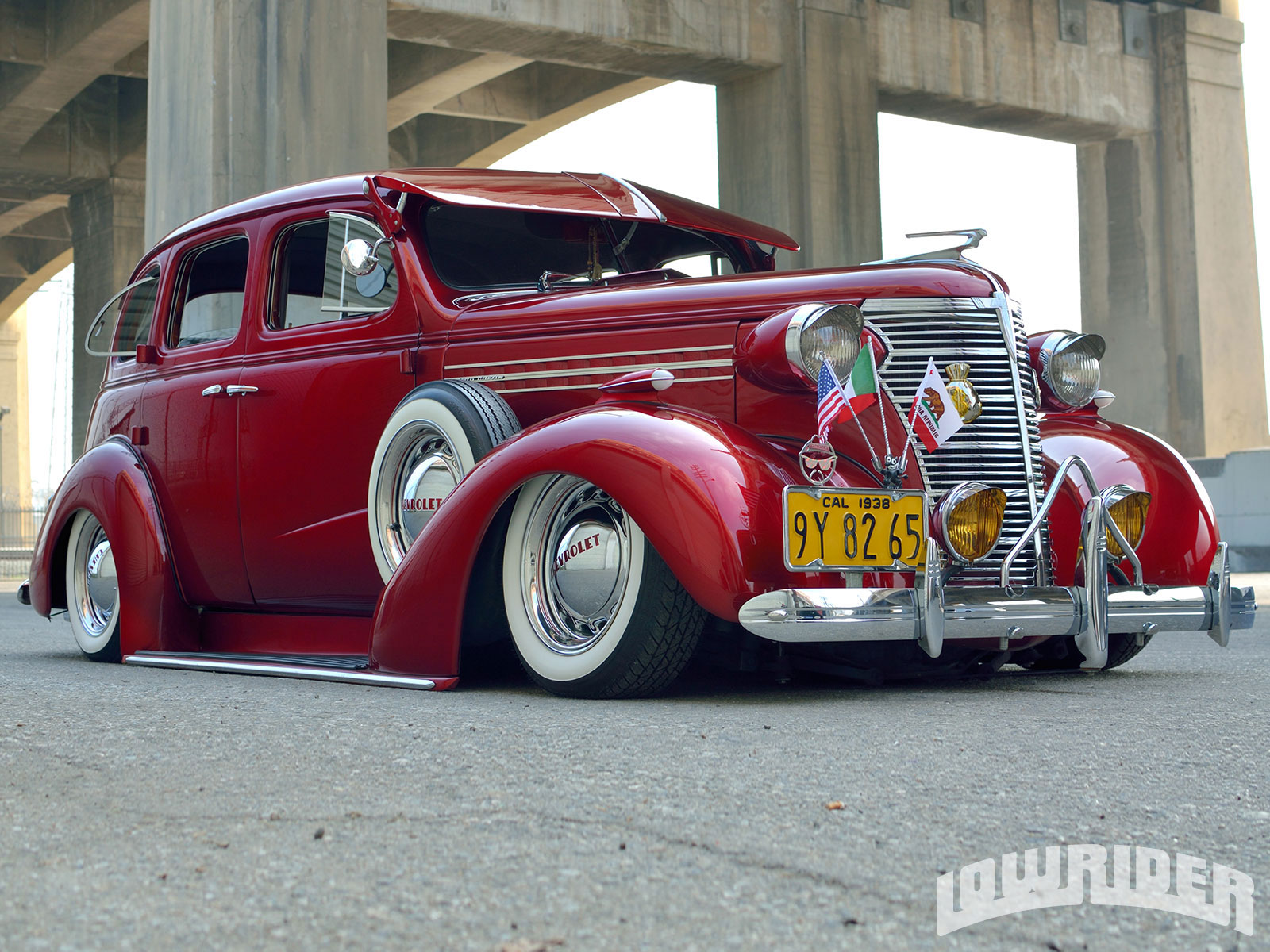 Finding the right name for a car is something many car owners feel will complete the car. Inspiration for these monikers can come from a variety of different scenarios; names originate because of song titles, life events, family and friends, and even something as simple as a definition of a word. The word “redemption” is defined as “the payment of an obligation,” and “the act of redeeming, or the condition of having been redeemed.” Based on these definitions and the circumstances in which Hector Avila acquired the ‘38 Chevy, “Redemption” is the perfect name for this Bomb.

As the owner and operator of Pico Custom Colors in Pico Rivera, California, Hector Avila not only has the task of painting cars; he must also run the business side of the shop. Making sure shop invoices get paid takes up a lot of business owners’ time, and Hector can certainly attest to that. Ideally when a job is complete, shop owners get paid. Sometimes there are circumstances when bartering comes in play or goods are received as payment instead of cash. These situations don’t always work, but sometimes they can be beneficial. Hector found himself in a situation where someone wanted one of his paint jobs but wanted to use the 1938 Chevy as payment. After going over the car, he agreed to the transaction; once the paintjob was done, Hector became the owner of the thirty-eight.

A lifelong Lowrider, Hector had a vision of how he wanted the Chevy to look. Naturally the first order of business was to get the paint in order. Hector made sure the body was straight and added the side mount on the right side of the car before he sprayed a custom mix of House of Kolor paint on the Master Deluxe. With the paintwork done, it was on to the next task; altering the suspension. Hector knew he wanted the Bomb to lie as low as possible but he also wanted it to ride comfortably since it was going to be driven often. He did such a good job that after the build was completed, Hector decided to make the Chevy his daily driver. Hector and his friend, Mariano, added a custom air bag set up and modified the frame, suspension, and body to get the Chevy as low as possible. Through trial and error, Hector and Mariano found the perfect combination that gave the ’38 a super low stance but also a great ride. Once the paint and suspension were completed, Hector had JJ Engine Builders in Los Angeles, California rebuild the engine and transmission. He then painted and chromed some of the engine pieces. Finally, he added headers and straight pipes to the Chevy. Santana Upholstery in Santa Fe Springs, California, then covered the interior in Mohair.

After completing his modifications, the only thing left to do was to name the car. After kicking around a few ideas the name “Redemption” was suggested because of the way the car came into Hector’s possession. We think the name is perfect for the Chevy and Hector agrees. As we mentioned before Hector drives the Chevy daily but also finds time to attend cars shows and cruise nights where he often leaves with a trophy or two. As of right now, he has no plans to sell the car but he is looking for a new project to start on. Who knows, maybe lady luck will strike again and we will see a Redemption part two!

Engine: 1938 Chevy 216ci that was rebuilt by JJ Engine Builders in Los Angeles, California. Hector added his touch by adding lots of chrome and color matched parts. All chrome by D&R Chrome in Maywood, California.

Paint: All paint and bodywork was done by Hector at his Pico Custom Colors shop in Pico Rivera, California. Hector added the side-mount on the right side of the Chevy. The ‘38 is painted in a custom mixed House of Kolor hue.

Suspension: Hector and Mariano installed the custom air bag suspension and modified the body and frame to get the Master Deluxe to sit on the ground.