Newsletter
Sign Up today for our FREE Newsletter and get the latest articles and news delivered right to your inbox.
Home » 1981 Lincoln Mark VI Coupe – Baby Boy 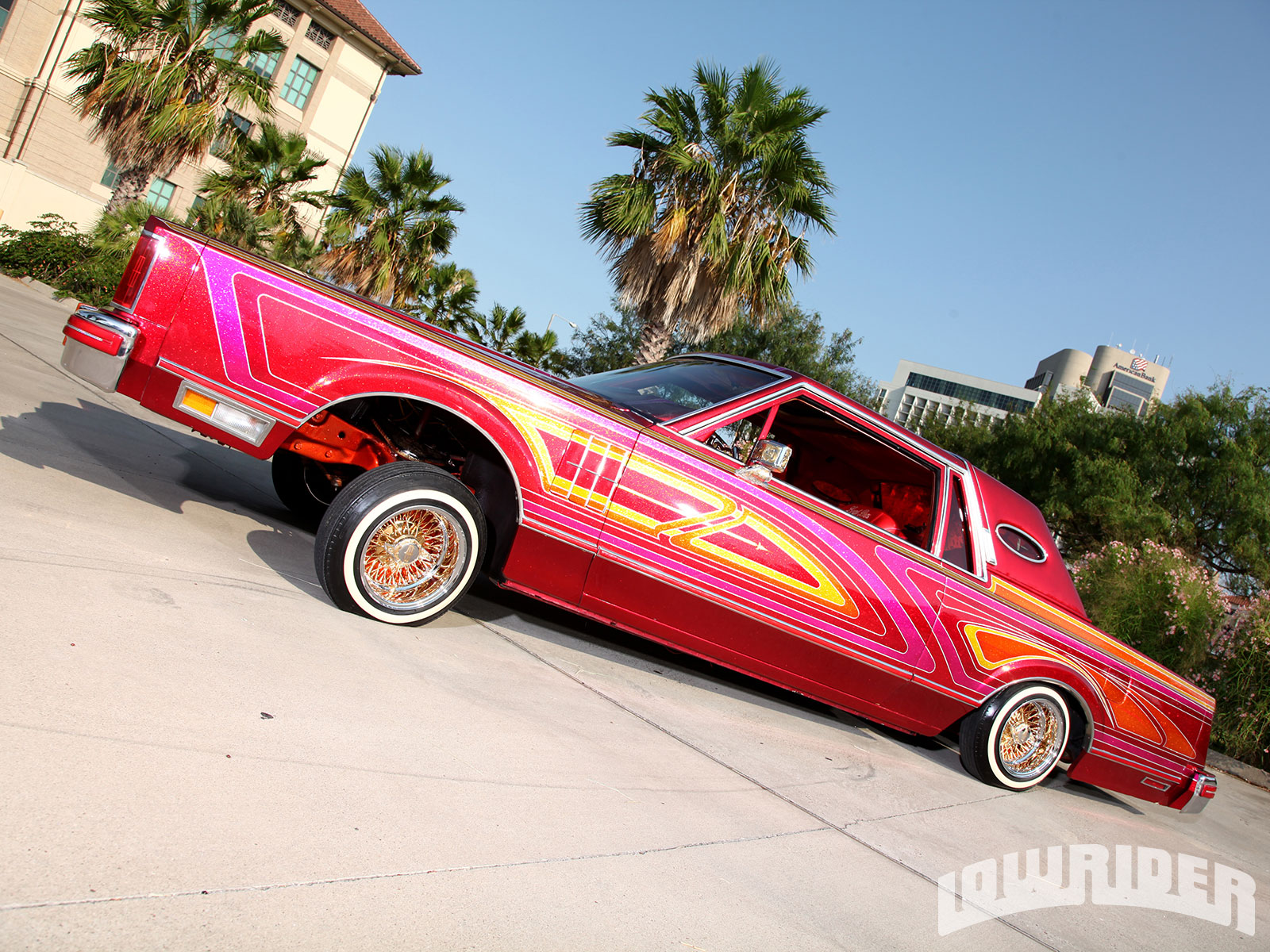 In 2008, after a revised perspective in Lowriding, Jesse Leal found himself searching for his newest build. As the youngest of the Leal Brothers of Corpus Christi, Lowriding is second nature to this young customizer. From serving as City Style’s Bike Club President in his teens and riding as a car club member for a decade, Jesse has always been a key supporter of the club’s traditional format. Still, he wanted to push for the club to adapt to newer-style rides and he bought a Chrysler 300 on 22’s in the hopes of encouraging change in the club’s 20-year law of riding on 13-inch wire wheels with 5.20’s. Despite its traditional history, the club recognized that the car shows and local cruising scene had an influx of newer model vehicles emphasizing the larger sized wheels, so Jesse was temporarily allowed to cater to the updated custom look. Soon, the candy sedan hit the streets laying on 22’s, but the non-traditional stance didn’t take among the majority of City Style’s members.

In less than a year, and with club members not wanting to cruise alongside this big-wheeled SRT ride, Jesse realized he missed hitting the switches on 13-inch whitewalls. More importantly, Jesse realized why the tried and true staples of Lowrider traditions have survived for five decades; they’ve become the norm by choice–and not by fad. With his revived outlook on traditional Lowriding, Jesse began the search for his new project, a 1981 Lincoln. He wanted one with the OEM moon roof, and finally found one six months later in Baltimore, Maryland, via eBay. “It cost more to transport the car, than what I paid for it,” explains the Lincoln owner with a chuckle. A month later, the New England sedan took one last cruise to the family shop for its transformation into this Texas-built, immaculate Lowrider, “Baby Boy” (named in honor of his great nephew, Carlos). Since the car’s completion in 2009, this Mark VI has placed in the last three LRM Las Vegas Super Shows, but Jesse finds his 2010 showing the most memorable. “The club members inspired me as I left home to the grand finale, noting that in their eyes, I was already a winner for competing with Lowriding’s best,” remembers Leal. At that first showing, Jesse was stunned to hear his entry number announced at the awards presentation. “That night, I cruised my show winner down the Sin City strip on my 5.20’s and took home the plaque that has since inspired other City Style members to be a part of the LRM Super Show experience!” This Lincoln owner knows that this project’s success was made possible because of the support of his brothers, sister, nephews, cousin Eli, Joanne Lopez, and especially the support of his parents, Pancho and Aurora Leal, as well as God. Paz, Tejas.

Body/Paint: At Leal Bros, Tim Pena smoothed out the body before the owner’s brothers sprayed a candy apple red over a silver base, followed up with tri-color graphics of magenta, gold, and tangerine. Murals were done by John Saenz of Leal Bros, and the pinstripes by Low Key of Dallas, Texas.

Interior: Custom dash and console by Leal Bros with Hinojosa’s of Corpus Christi stitching a bright four-color scheme throughout the cabin.