Newsletter
Sign Up today for our FREE Newsletter and get the latest articles and news delivered right to your inbox.
Home » 1952 Chevrolet Fleetline Deluxe – Black Cherry Chevy 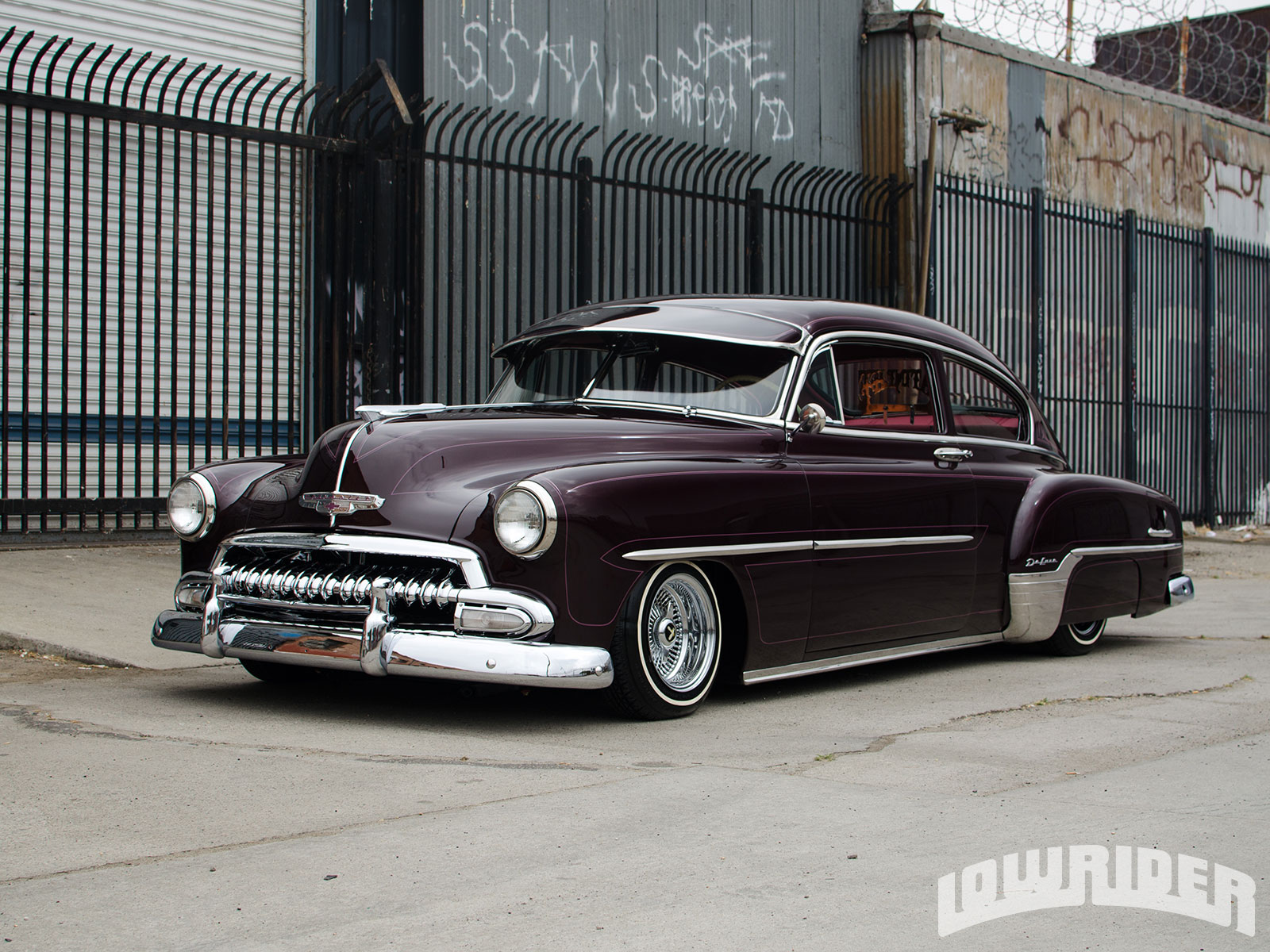 The 1952 Chevy Fleetline Deluxe has always been one of the most sought after models for the Chevy Bomb enthusiasts. The availability of reproduction parts as well as NOS parts has made it easier to restore one back to factory-like condition. Some Chevy Bomb enthusiasts will restore these Fleetlines back to factory specifications, while some build them with custom paint and wire wheels. Corona California’s Gilbert Penilla chose the latter for his first Chevy Bomb.

Gilbert’s brother-in-law got him interested in Lowriding by taking him to car shows and cruise nights. Eventually, after riding shotgun for a while, Gilbert felt it was time to build his own ride. He didn’t have to go far; he bought the ’52 from his brother-in-law and formulated a restoration plan. He knew that he wanted to keep certain classic techniques as a part of the restoration process, but he also wanted to modernize the car in his own way as well. The Black Cherry color is a prime example; while subtle, it is still rich and eye-catching-just like the rest of this clean Bomb.

After five years of construction, Gilbert added the final item to his Fleetline. It was the plaque of his car club, Latin Life; the finishing touch to a labor of love. Since completion, Gilbert has been a regular winner at car shows throughout the Southern California area.

He would like to thank his wife, family, and Bob and Art Reyes for all of their help and support. Great job on the build, Gilbert!

Chrome: All chrome plating by Sylvester of Pomona California.

Suspension: Gibby and Art Reyes from Gibby’s Garage installed a custom air bag setup in the Fleetline. 1985 Regal rear end was also installed in the Chevy.