Newsletter
Sign Up today for our FREE Newsletter and get the latest articles and news delivered right to your inbox.
Home » 2007 Chrysler 300 – Chrysmaro 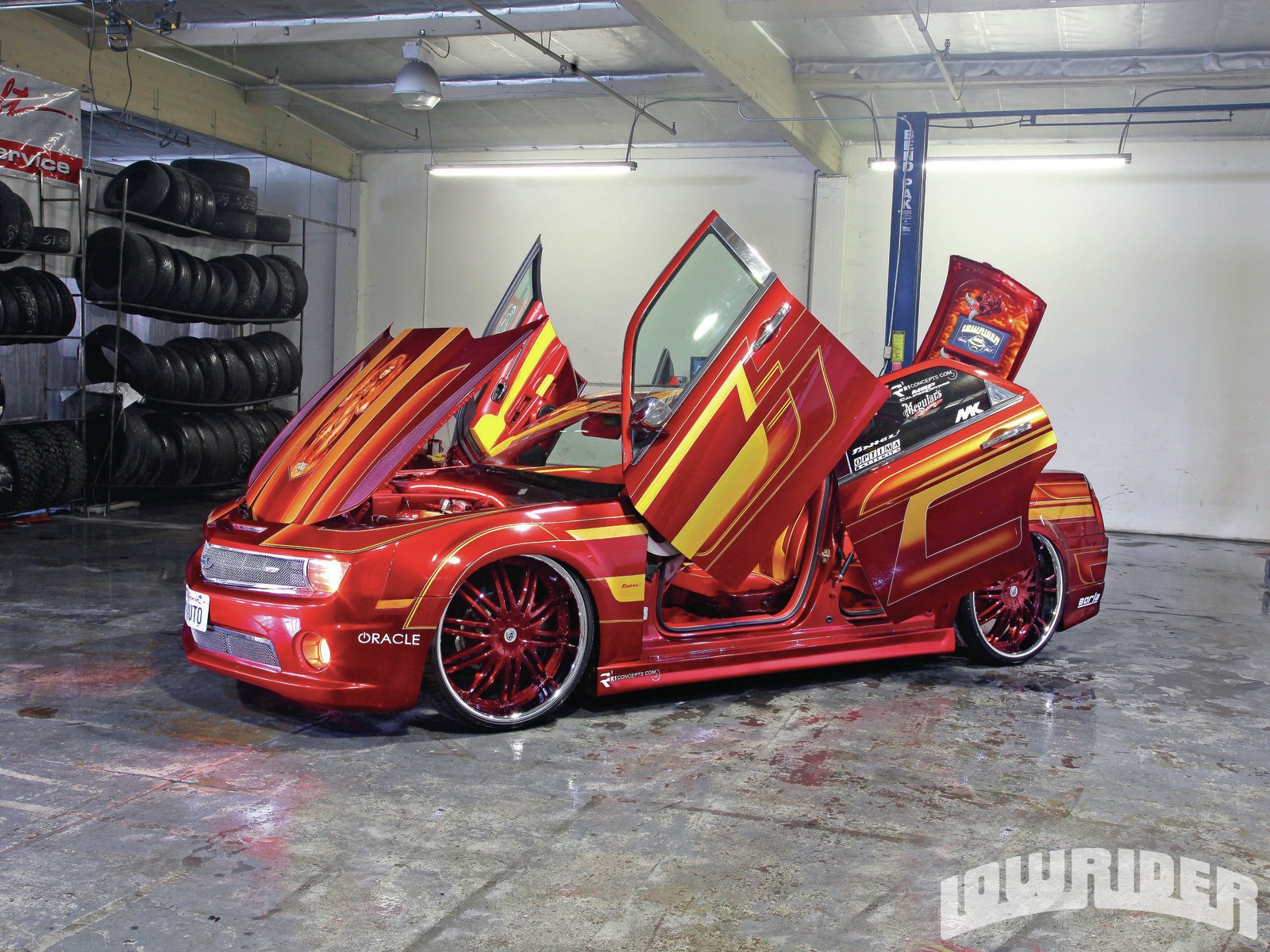 When you’re the Vice President of a big car club, your members look up to you to set the bar of quality that is expected of those who want to fly your plaque. When the time came for Diablo Resendiz of Santa Ana, CA., to show his fellow Xplizit car club members what he could accomplish, he did not disappoint. With so many Chrysler 300s in todays show scene, he had a challenge ahead of him to create something that could really stand out, but he was up to the task. “I started off with just a stock 300 and the first thing I decided to modify was the wheels. I added 22-inch wheels and a chrome grill,” explains Diablo. “That was the beginning of my new passion of car modifying.” Diablo decided to be the first to add a Camaro front end to his ’07 Chrysler 300. This was something that hadn’t been seen and helped Diablo’s 300 standout from the rest at the shows. When the time came to do a photo shoot for his car it was obvious that Diablo wanted to make sure his shoot stood out from the rest, as he pulled some of his resources to help out. He started by having Rick Munoz add murals of a female superhero to his car. The superhero was based on Diablo’s good friend and model, Norma Angelica, who had the superhero suit airbrushed on her body for the shoot.

Diablo would like to thank his wife, kids, sponsors and his car club for all their support.

Body/Paint: MA Collision Center in Santa Ana, CA., handled the bodywork, while Izzy at Tintaz Auto Art in Fullerton, CA., painted it with three different PPG paints. Rick Munoz of Montebello, CA., finished it off by adding pinstripes and murals.