Newsletter
Sign Up today for our FREE Newsletter and get the latest articles and news delivered right to your inbox.
Home » 1950 Chevrolet Deluxe – Jimmy’s Dream 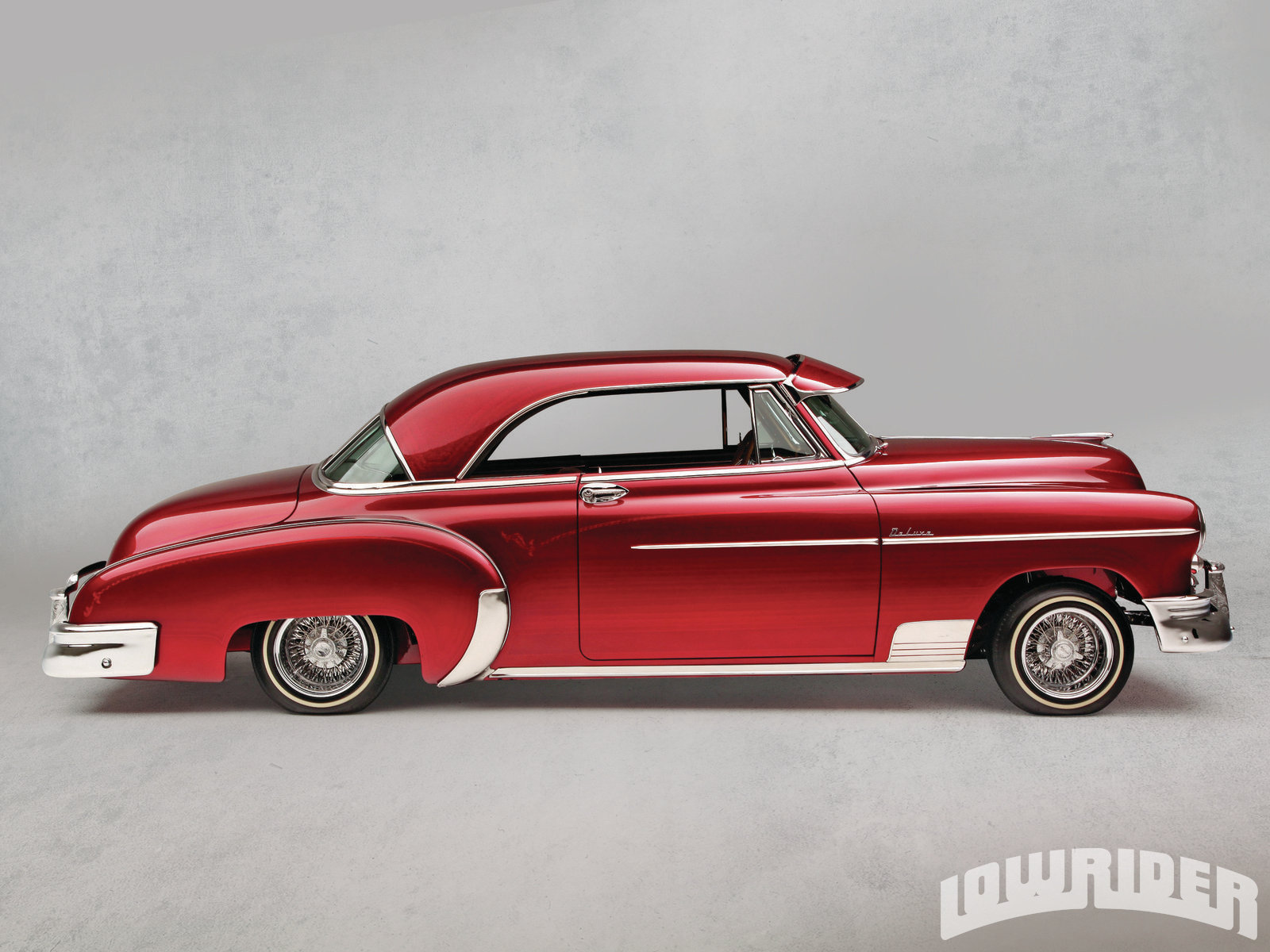 Some cars mean more to us than just being a project. Ask Jose Zendejas of Escondido, CA. A dedicated member of the Imperials Car Club, Jose’s latest build, “Jimmy’s Dream” is a tribute to his beloved younger brother. Sadly, Jose’s younger brother Jimmy lost his life in an automobile accident at the young age of nineteen, leaving a void in Jose’s life that can never be filled. Jose’s latest creation is a testament to Jimmy’s love of Lowriding, something their cousin, Pete Trejo, introduced to the brothers. A few months before his tragic passing, Jimmy bought this 1950 Chevy hardtop, dreaming about a day when it would be featured in the pages of Lowrider Magazine. After his passing, his older brother, Jose, vowed to fulfill the dream that his brother was unable to realize.

This emotional journey took eleven years to complete as the car was in pieces, forcing Jose to put in long hours of work towards making his brother’s dream come true. Jose’s goal was to build something unique; something you don’t see every day, so he began building the Chevy piece by piece. The build started with Jose looking to customize the frame and the power plant. A Mustang II suspension was installed along with a custom frame and rear watts link kits and being a motor head, Jose built a 500-horsepower 383 engine. Jose designed the car with extreme precision, focusing on every detail from the interior to the paint and murals found all around the car. In order for Jimmy to always cruise his ride, two portraits of Jimmy were painted into murals that adorn the fiberglass.

Jose would like to thank everyone who helped and supported him throughout the build process. Special thanks go out to his family, including his daughters Katelyn and Chelsea, and his wife, Deanna. He also sends his gratitude to Alex Davalos, Jaime Machorro, Sal Manzano and Miguel Martinez.

Body/Paint: Sal Manzano of Gael’s Customs in Tijuana, MX, candied and flaked the bomb. Victor Cordero and Hot Dog added the pinstripes while Sal Elias of Riverside, CA., did the murals.

Chrome: Miguel Chavez did the engraving and Juan at Azteca Plating in Escondido, CA., handled the chrome.