Newsletter
Sign Up today for our FREE Newsletter and get the latest articles and news delivered right to your inbox.
Home » 1946 Chevrolet Fleetline – Alves 1946 Fleetline 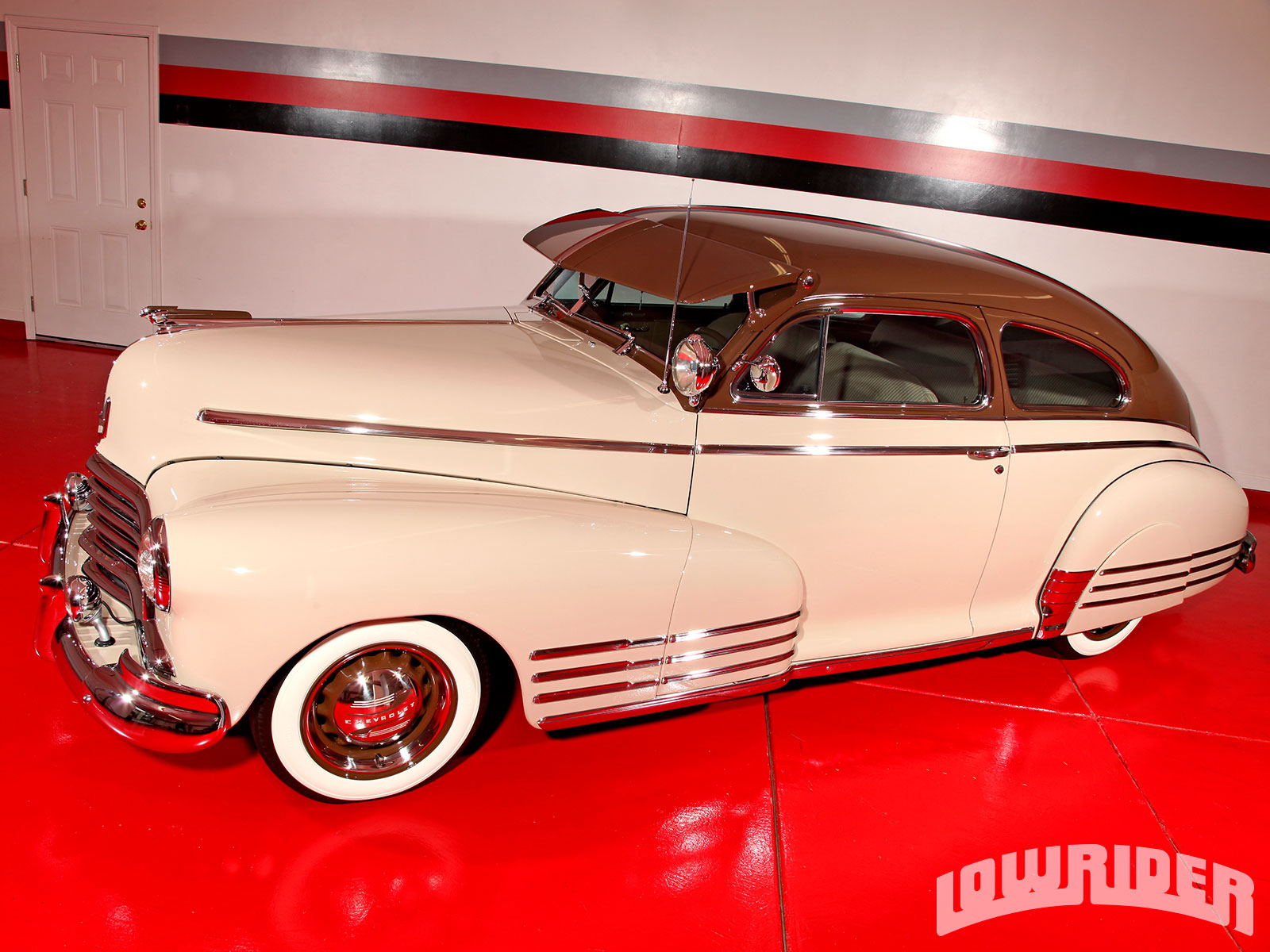 America declared war against the axis alliance in 1941 after the attack on Pearl Harbor. Shortly after that, the production on civilian passenger vehicles came to a halt; as automobile plants became production plants for war materials. The war lasted nearly four years and no vehicles were sold to civilians during that time. It wasn’t until 1945 that factories resumed production on civilian vehicles. Chevrolets started rolling off of assembly lines on October 3rd and the demand for cars was unprecedented. Most of the postwar vehicles, such as the ’46 Fleetline, were pre-war designs that bared little differences to the 1942 model. Since there was a shortage of necessary materials, including sheet metal, production of the ’46 was very low.

The 1946 Chevrolet Fleetline is a rare find nowadays and if you’re lucky enough to find one, it is unlikely that the owner will be willing to let it go. Matthew Alves of Lincoln, CA is one of those fortunate enough to have been able to find and buy such a rare vehicle. “I bought the Fleetline from Poli the Barber in Northern California with the intentions of making it a daily driver,” he says. Matthew, along with his twin brother, Aaron, have been building cars for eighteen years and have had multiple cars featured in Lowrider Magazine. “I began the disassembly and I didn’t stop until the body was off the frame and on a homemade rotisserie,” Matthew says proudly. American Stripping, in Sacramento, CA, sandblasted the car and its suspension, while the rest of the parts were with Art at Sherms Plating in Sacramento. Once Matthew got the car back, he began replacing all the rusted areas, including such the trunk pan.

With the car back together, Matthew was ready to have his Fleetline painted. “Originally, the car was intended to be black but at the last minute I decided it to two-tone it,” he explains. “Don, at Macs Distributing in Citrus Heights, CA, helped me find the original two-tone browns.” Matthew credits Don for being patient with him as he changed the original dark brown color nine times before finally achieving the desired color. “I sprayed the entire vehicle and finished the wood grained dash in my shop,” he says. “I tried to do everything myself; from installation, to welding, bodywork, and paint. I would like to give a special thanks to my wife, Lydia, and our children for all their support.” Matthew is currently helping his twin brother build a 1936 Chevrolet Holden Body Roadster that will be out in the near future and will be making a run for the Lowrider Bomb of the Year title.