Newsletter
Sign Up today for our FREE Newsletter and get the latest articles and news delivered right to your inbox.
Home » 1964 Chevrolet Impala Convertible – Patron 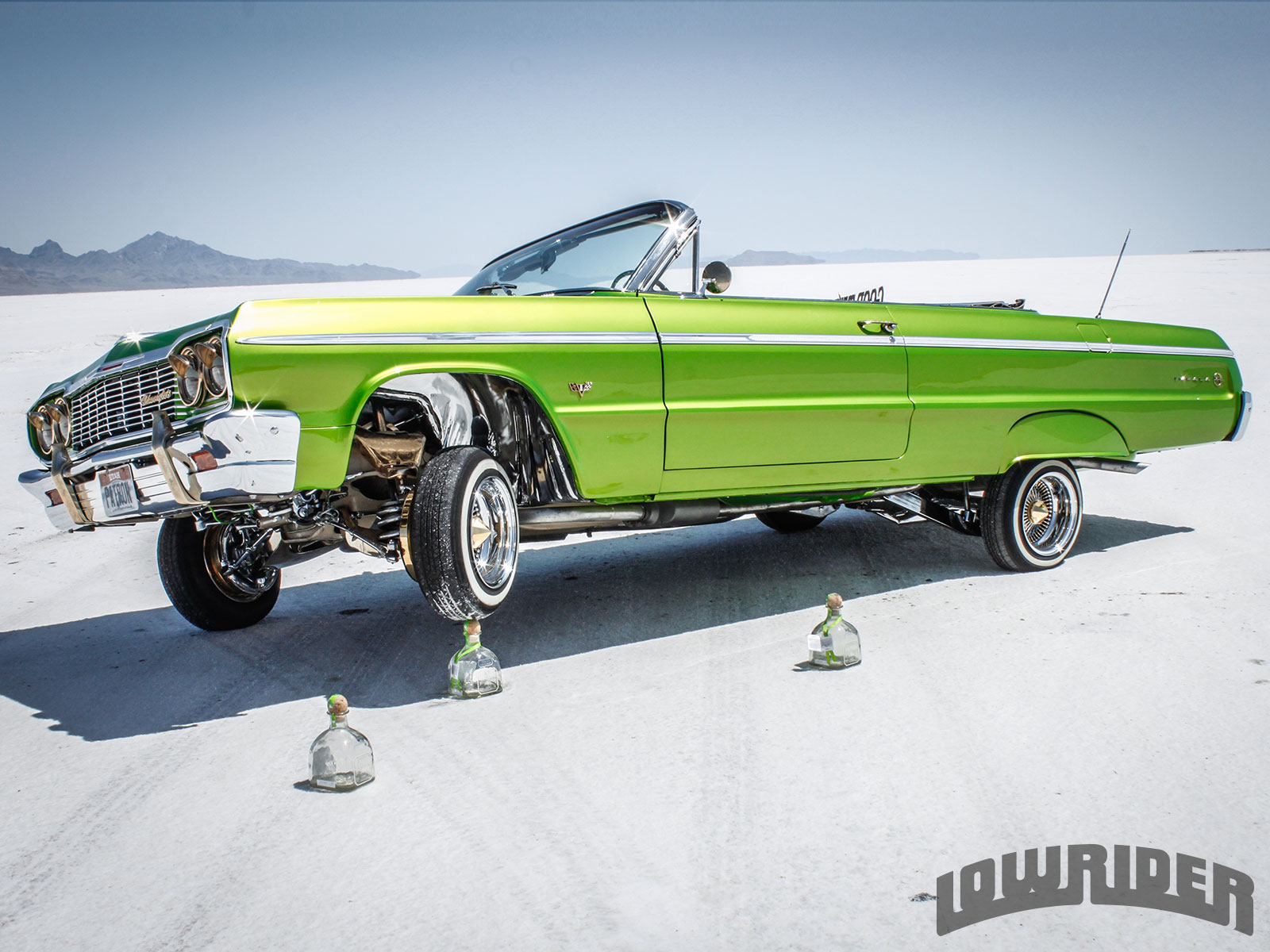 At its core, Lowriding is a hands-on experience in which your labor is directly rewarded with results. Sure, it takes time and lots of trial and error, but there is nothing more rewarding than cruising down the Boulevard in the chariot your own blood, sweat, and tears created. While some builders are lucky to be able to outsource their builds to experts, others with fewer resources have to build their Lowriders the old fashioned way; by doing the work themselves. One of these tried-and-true Lowriders is Jose Cornejo. After growing up in resource-rich Southern California, he swore that he would one day hold the keys to his own dream machine. After a move to Salt Lake City, his dream was still alive, although the area was nothing like the area he was from. “There wasn’t a lot of Lowriders, but I started hearing about Lowrider shows here and there,” he explains. “My compadre, Moi Brambila, built a 1964 HT Impala, and I knew I had to get one.” While he wanted to build the perfect six-four, he decided on building the elusive convertible instead, so as to stand out in Utah where hard tops were more common. A two-month search produced a decent project car for Jose, and work began, but it was not without sacrifice. “I worked two jobs and ran my own taco stand, working days, nights, and weekends to get my ride finished and on the road,” he says proudly. With the additional help of his son, Raymond, Jose dedicated any free time he had in between his work schedule to wrenching on the convertible Chevy. The car was no shop queen, either. “I built my car straight out of my garage,” explains the determined builder. “It took a lot of sacrifice from my family and myself to find the time to build my dream car, as I had a lot to learn.” Having never built or owned a vehicle like this one, he stresses the importance of the learning process this journey provided him. “I learned how to do metal and body work in the process of building my car, and it took a lot of trial and error, but I was determined to build my car myself.” Now that his build is completed, the reward for Jose is being able to cruise with his family in the car, which began as an original build and became a show-quality head turner along the way. While this Impala is quite the impressive build, Jose stresses that it won’t be his last. “This is just the starting point for me as a car builder; I cannot wait to build the next project for my wife, Josefina, who has supported me one hundred percent during this process.”