Newsletter
Sign Up today for our FREE Newsletter and get the latest articles and news delivered right to your inbox.
Home » 1938 Chevrolet Master Deluxe – Backyard Build 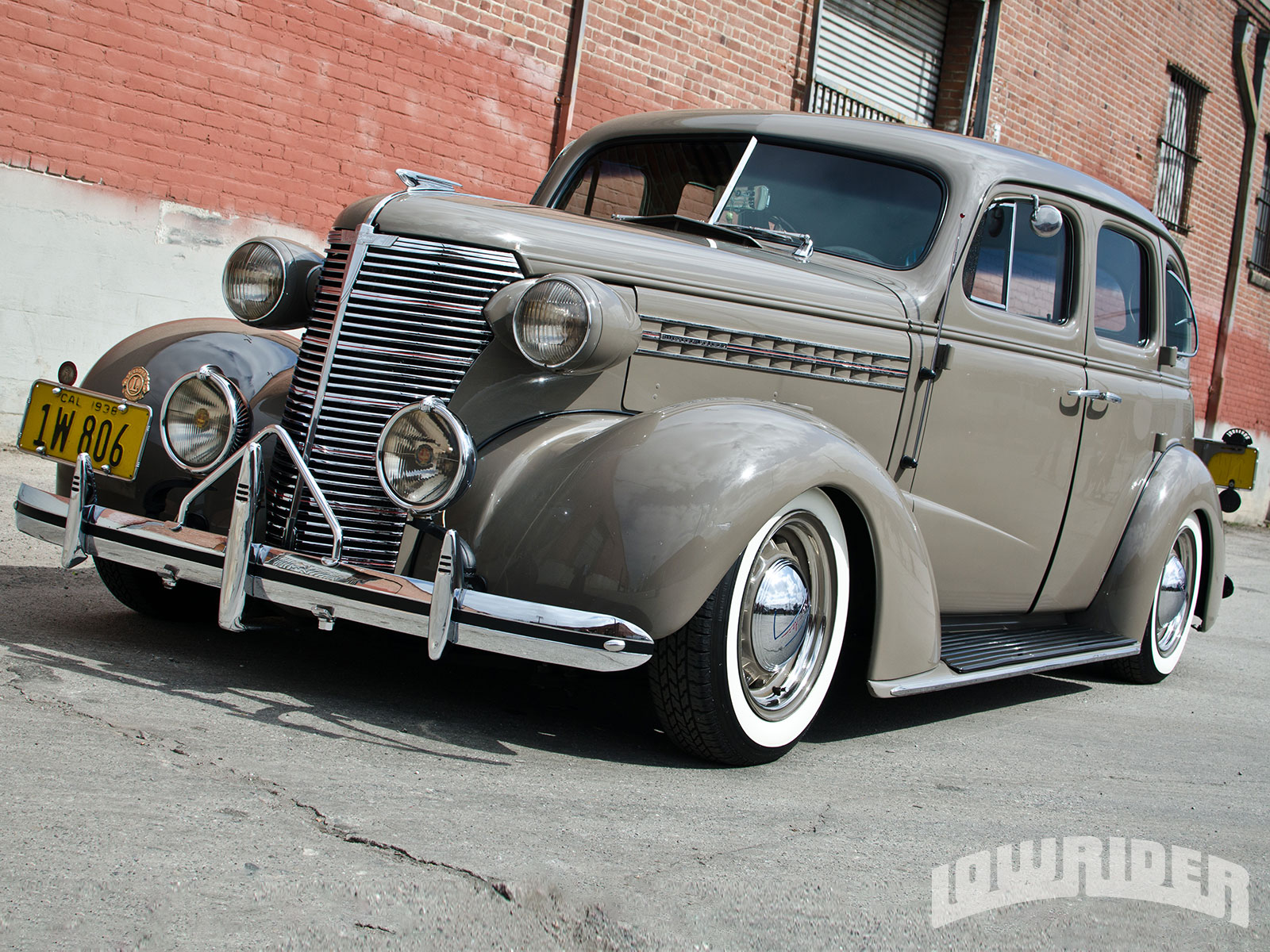 If you have ever built a Lowrider, then you know things do not always go according to plan. No matter how carefully you plan a build, something is bound to go wrong. Delays are common and setbacks can only be expected in our world. Nevertheless, we move past them and continue on with dedication and enthusiasm. Raul Ramirez has been Lowriding since the 1960’s. As a young man, he would help his cousin who was a member of the Mopar Men Car Club clean his car on Sundays with the hope that he would be rewarded with a seat in the car to cruise Whittier Boulevard. Raul’s passion continued from those humble beginnings and he has built a slew of cars over the years. His 1938 Chevy is his latest build, which was built over a number of years and had setbacks of its own.

The car was purchased in 1987 after he saw a ‘for sale’ advertisement in the Recycler Magazine. Raul and his friend, Big Bob Perez, drove to Pacoima, California to check it out. The car was complete, but the brakes were frozen. Raul bought the thirty-eight, fixed the brakes and made his way back home. On the way home the brakes went completely out on him, but he still managed to make it home using the hand brake! Once the car was home, Raul parked it while he completed a couple of other builds he was working on. Like a true car fanatic, Raul was working on multiple projects at the time of purchase!

As stated in the opening paragraph of the feature, setbacks are to be expected when building a car. For Raul, a couple of those setbacks almost deterred him from finishing the restoration of the Chevy. Raul had purchased a Hampton interior kit that his father installed when he first brought the car. The car was put away for a few years so when he went to finish the restoration, he found that moths had eaten through the Hampton interior, even though precautions were taken when the car went into storage. That interior could not be repaired, so Raul purchased another one to replace it even though it was twice the cost of what the first kit originally cost him. This would not be the only setback, however. Raul and his friend, Robert Cobla, did all of the disassembly and bodywork in his back yard and driveway. After the car was reassembled and prepped for paint, a paint booth was rented to spray the car. A tow truck picked up the car and delivered it to the spray booth, but Raul and Robert found that the ramp from the tow truck and damaged the fresh body work they had just completed, so the decision was made to take the car back home and fix it.

Once the body was repaired, Raul and Robert decided to spray the car in the driveway to ensure no more mishaps. Thankfully, it was smooth sailing from there, and Raul took the car out for its maiden voyage on his birthday to the Los Angeles Department of Water & Power’s annual Christmas car show, where it won Best of Show in the Original class. It was a great birthday present and a great feeling to win the first time out after the setbacks Raul experienced.

Raul would like to thank his wife, Mary, and his family and close friends for keeping him motivated to finish the build. Robert Cobla, Joe Epstein, Tutu, and Mike Perez also get special thanks for their help with the build. We here at Lowrider Magazine would like to thank Raul for not giving up on the thirty-eight and getting another classic Chevrolet on the road!