Newsletter
Sign Up today for our FREE Newsletter and get the latest articles and news delivered right to your inbox.
Home » 1984 Cadillac Coupe De Ville – Big Cheese 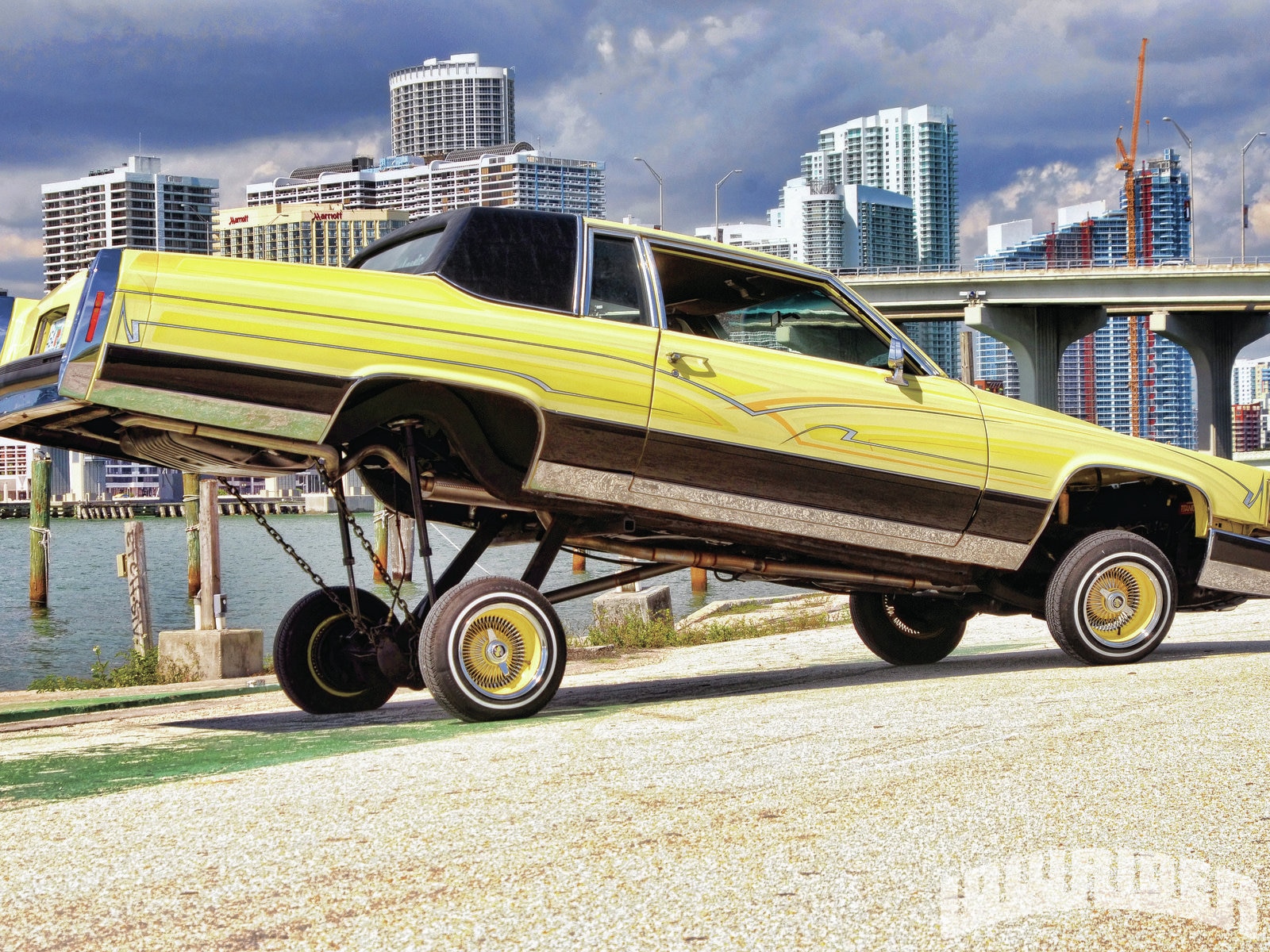 There is simply no substitute for experience. Born in Havana, Cuba, 24 year-old Roamy Lima grew up around cars, gaining an introduction to auto customization from his older brother, William, when he was just 10 years old. The family moved to Hialeah, Florida when Roamy was seven, where his father got a job in construction. Both sons would eventually follow in the same career path as their father. William purchased a Lowrider vehicle and taught Roamy how to put it together by watching him work, something that Roamy absorbed as there is nothing like hands-on experience when it comes to learning how to build cars.

When Roamy turned 18, it was his turn to build his own car. Most custom rides are built with the help of “parts cars.” That’s the process of owners buying or finding a similar vehicle as their show car and removing parts to put on their primary car. Most parts cars end up being discarded or dumped in junkyards. In Homestead, Florida someone was looking to unload a Cadillac parts car and told Roamy about it. Thinking this would be a perfect project; the owner gladly donated the 1984 Cadillac Coup de Ville to him. With the car completely disassembled, Roamy had quite a mission in store for him.

With the side-by-side guidance of his brother, Roamy removed the frame and wrapped it from front to back in steel for reinforcement. Now with the motivation to make it a hopper, the brothers added a two-pump, two-dump Showtime hydraulic setup that is powered by fourteen batteries. The doors, trunk and hood were all found through friends or junkyards. Once the Cadillac was back to one piece, Craig “Gringo” Coon prepped the hopper for paint. Three different types of House of Kolor yellow were used to give it a pastel look. Patterns were sprayed throughout the entire car. A House of Kolor Gold Pearl was added over the top that only “pops” in the sun. Silver leafing was hand painted from front to back to accent the paint. The wheels were painted to match displaying the same patterns.

At the point of paint, Roamy decided his Caddy would be a driver instead of a hopper. Although it still maintained the power to launch at any given moment, it had to have power to run on the street. He and his brother built a Chevy 350 and had the firewall shaved. The motor was chromed, painted, and dropped into the engine bay.

With the car painted Gringo recognized all of the hard work that was put into the Cadillac and introduced Roamy to Classic Angels C.C. As one of the premier members, “Big Cheese,” as Roamy calls the Caddy, is on the streets daily. The support that his longtime girlfriend, Anisa, has given him has made his journey into the driver’s seat of one of the elite rides in South Florida that much sweeter. Roamy declares, “I couldn’t have done anything without the experience from working with my brother.” Quick to give credit where credit is due, he adds, “The whole club has been very helpful.” “Big Cheese” may be cruising South Beach this weekend but at the next show, you can bet it will be standing on the bumper.

Engine/Drivetrain: The Cadillac was given new life thanks to a Chevy V8 350-c.i.d. built by Roamy and his brother William. The motor was given the chrome treatment and was painted to match the exterior.

Body/Paint: Gringo laid out the Kandy Yellow House of Kolor combination, from Miami, Florida. Three different yellows make up the Cadillac and Gringo used a steady hand and his finest brushes to put down amazing patterns and pinstripping throughout the entire Cadillac. To add contrast, Kenny’s Upholstery added an all-black leather cabin that makes the bright exterior stand out.

Sound System: A Pioneer head unit was installed along with Pioneer 3-way speakers for the rear deck.

Setup: Originally designed to be a hopper, Roamy and his brother, William, built a chained bridge that handles the enormous 58-inch rear lift. 30-inch telescopic cylinders with 3-½ ton springs were added to the rear, and 8-inch Black Magic cylinders with 4-ton springs added to the front. A telescopic driveshaft was built to handle the lifting and lowering. The A-arms were wrapped, molded and then extended two inches. A single Showtime pump powers the rear with a single Showtime pump run to the front with super duty Adex dumps. Fourteen Deka 31-group deep cycle batteries were carefully lined in the trunk for pure hopping power.