Newsletter
Sign Up today for our FREE Newsletter and get the latest articles and news delivered right to your inbox.
Home » 1936 Chevrolet Standard – Linda Chicana 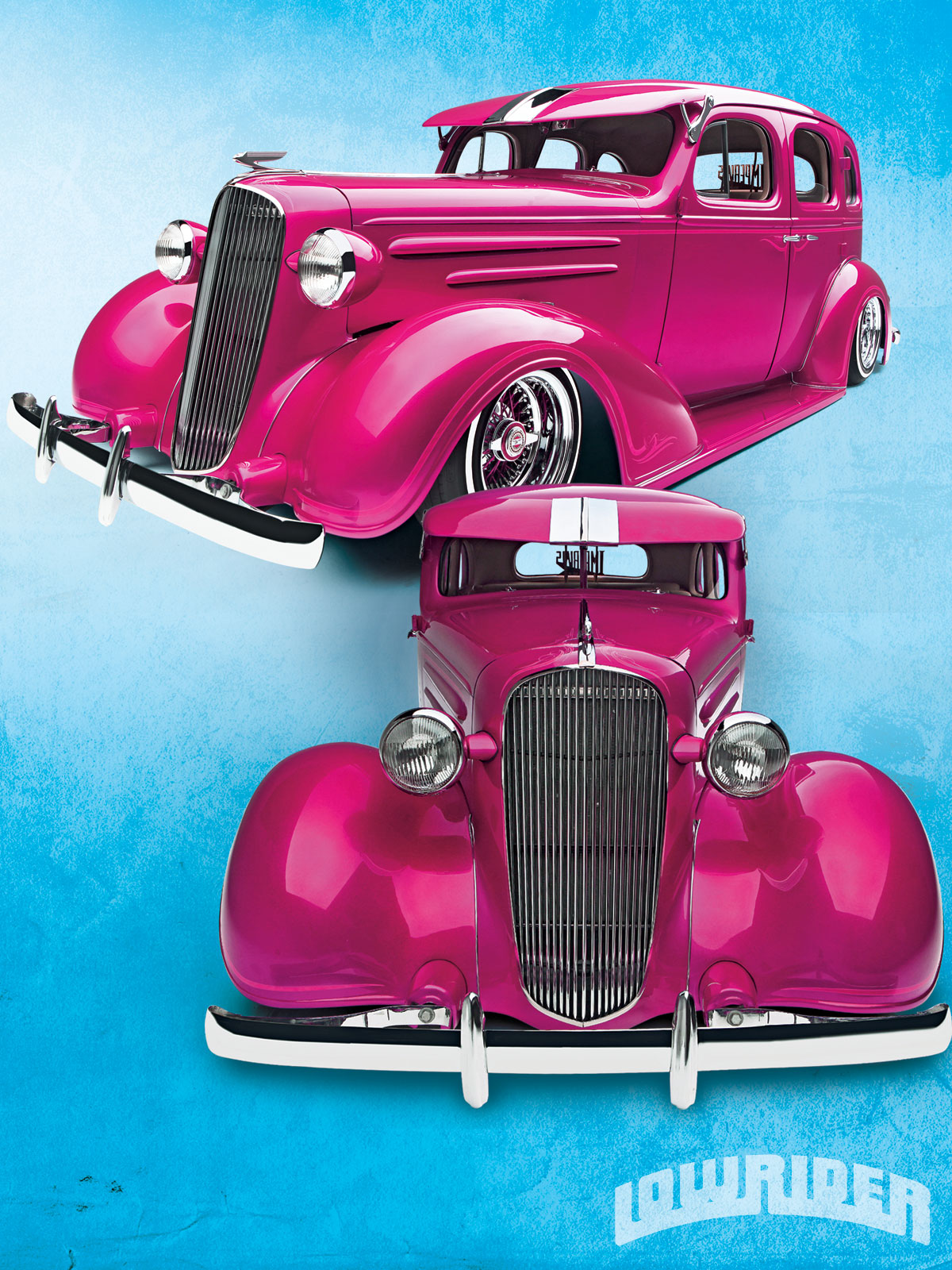 High school teacher Juan “Melin” Carrillo, of the Imperials San Diego, CA., was born into the Lowrider life. “I’ve always been a “Bomb person,” he says with a grin. “When I was growing up, I used to go cruising with my dad in his ’38 Plymouth, which belongs to my brother now.” That Bomb-centric lifestyle carried on into Melin’s adult years and the old school enthusiast hasn’t looked back since.

Before Melin got the ’36 you see here, he was working on a ’51 Sedan Delivery; a build that was not headed in the right direction. “I wasn’t too happy with how that build was going, so my uncle, Victor Cordero, told me about the ’36,” laments Melin. Even better, the car was available locally in the San Diego area, making Melin that much more compelled to take a look at it. As if that wasn’t enough motivation, the car was exactly the make and model Melin had idolized while growing up. “I’ve wanted this type of car since middle school,” he exclaims. Melin made the purchase in 2005, but he had his work cut out for him. To say the least; the car was a rust bucket and it needed a full makeover. The setup took alone took almost two years to make it. His compadre, Carrot, whose wife is the sister of Melin’s, installed the setup. “He would come over with his family almost every single Friday so that we could work on the setup,” Melin explains. “We had never done a setup like that or worked with fiberglass, but we also didn’t have any rush to get it done.” Taking their time, the duo finished the set up and after a seven year odyssey; the build was finally complete and this ’36 was bound for Lowrider glory.

Melin would like to thank his Mari, his pops for introducing him to the Lowrider life, Frank Davalos, Leo Milla, his compadre, Carrot, his brother Monstro, his uncle Victor Cordero, Jessie, Sammy, and Jose for helping with the build, and he salutes his co-pilot, Albert Sutelo.

Body/Paint: Cesar Castaneda, of Lake Elsinore, CA., used a House of Kolor Candy Magenta on the ’36 and flaked out the fenders. Victor Cordero, of Chula Vista, CA., stripped and silver leafed the car. Victor is also responsible for the Aztec/Mayan murals. Juan’s daughter, Melina Anita, was airbrushed on the firewall, while his wife, Mari, was mural in the trunk. Greg DeAlba, at Mario’s Autoworks, made the custom grill.