Newsletter
Sign Up today for our FREE Newsletter and get the latest articles and news delivered right to your inbox.
Home » 2005 Chrysler 300C 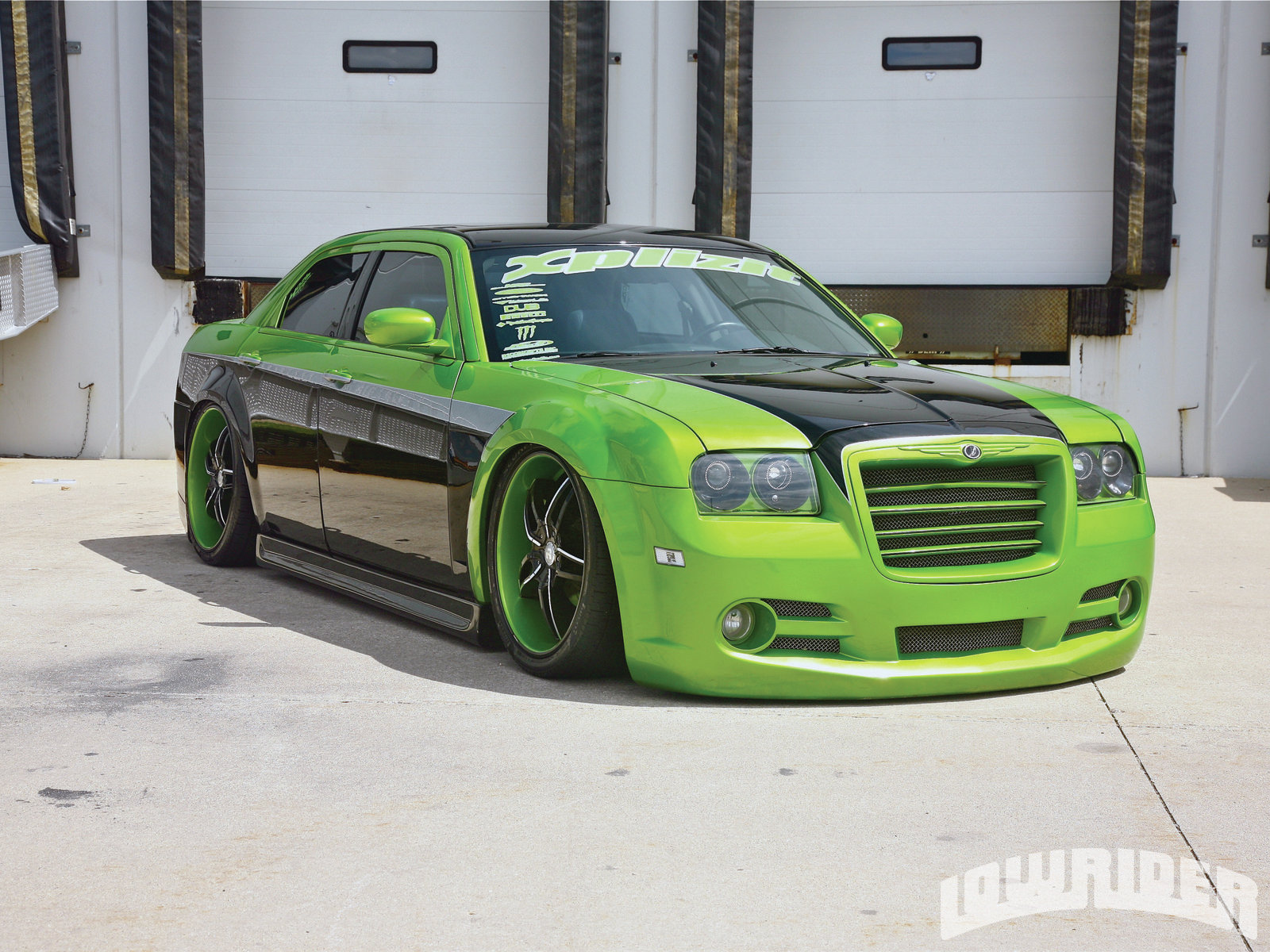 When you want to turn the cold Midwest winters to hot in a hurry, then look no further than Xplizit Chicago’s “BigSpicy” Rich Lahm. His Chrysler 300 is burning up the Midwest show scene in a hurry. The car is the result of a project which began a little over two years ago when Rich teamed up with 402Motoring, located in New Jersey. “We wanted to build a California car on the East Coast, something that would stand out,” Rich explained. He certainly did just that, as everything in the car has been changed and modded, from the one-off grill, to the glass roof, and color-matched Forgiatos. After it was completed, Rich headed to Chi-town, where he started the Midwest chapter of Xplizit car club. His enthusiasm for auto customization is unparalleled and his car club members are inspired by his latest creation. Next time you see BigSpicy rollin’ the streets of Chi-Town or laid-out at a show, throw up an “X” to show some true Midwest respect.