Newsletter
Sign Up today for our FREE Newsletter and get the latest articles and news delivered right to your inbox.
Home » 1994 Cadillac Fleetwood Convertible – Le Cabrewood 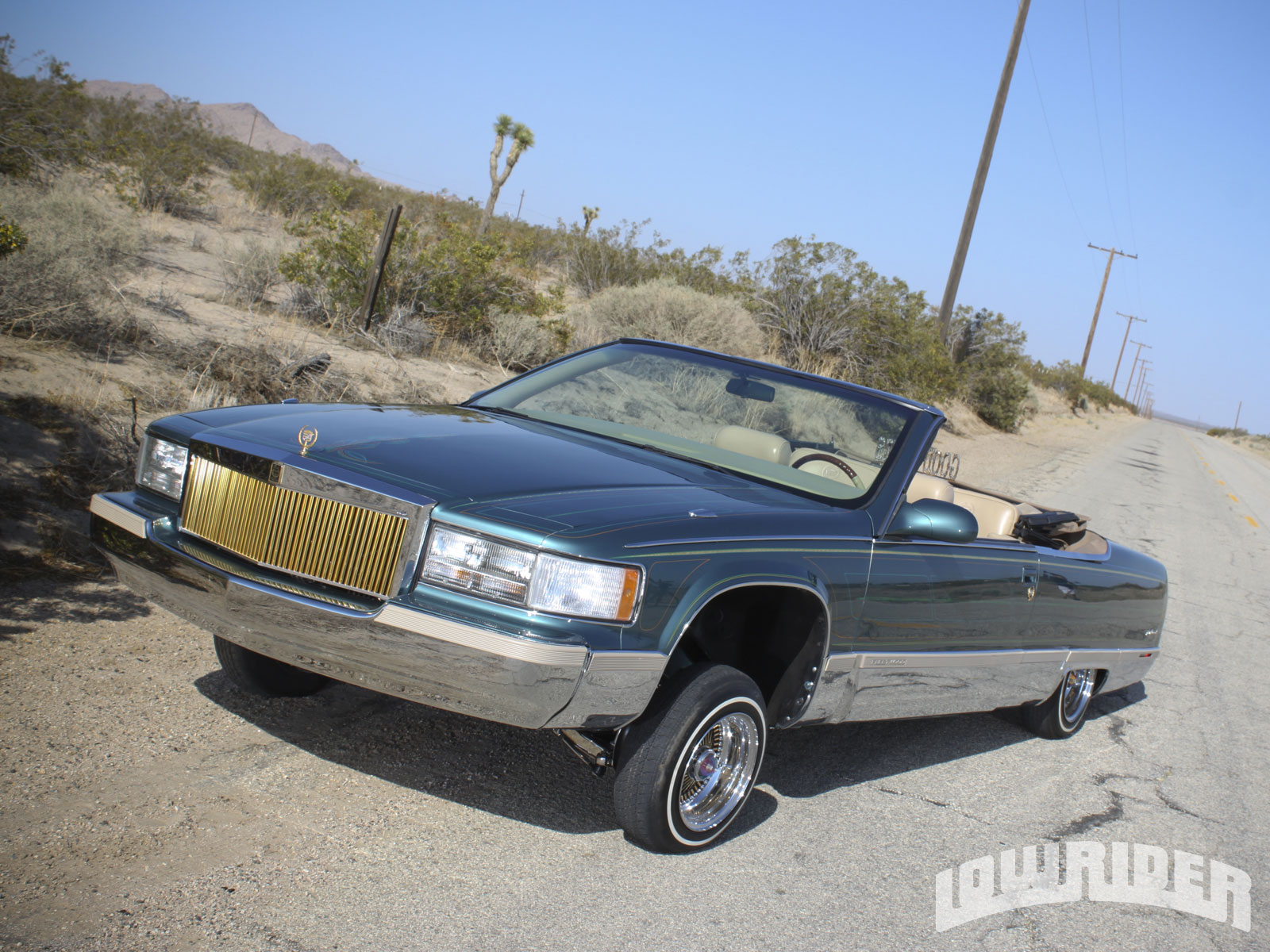 Lowriding careers can take on many twists and turns, and sometimes push us to expand our building horizons from one model to the next. Enter Jorge Enriquez, a Lowrider from Lancaster, California who was introduced to the culture by his family in 1994. Although his family members had traditional Lowrider cars like Impalas and Bombs, Jorge’s first ride was a 1989 Chevy Camaro, sitting on Daytons. It was his next ride – the 1963 Chevy Impala that he got from his father as a graduation present a short time later – that really boosted Jorge’s involvement with the Lowriding lifestyle. From there, he went on to own a slew of ’63 and ’64 Impalas over the years, and it seemed that Jorge had become an Impala man at heart. Things were destined to change, however.

Recently, Jorge had sold a 1964 Impala convertible and was in the market to buy another ride. His friend Mark had told him about a Cadillac that he just “had to check out.” Jorge had always had a slight interest in Cadillacs, so he decided to heed his friend’s advice and check this one out. The car was a rare opportunity indeed; it turned out to be only the third ’93 to ’96 Fleetwood model to ever be converted from a four-door hardtop to a two-door convertible! Regarded as the last of the big body Cadillacs thanks to their larger size and chrome bumper, these ’93-’96 models were solely available in a four door-hardtop model, making this uniquely converted ride a must-have for Jorge.

Topo of TS Designs in Paramount, California (he was formerly of Mafia Customs) was the man with what seemed to be a magic wand with these cars, transforming these machines into custom made two-door hardtops and two-door rag tops. His attention to detail and perfection made these final creations look like they came stock from the Cadillac factory as a two-door vehicle. In reality, only the Cadillac Fleetwood Le Cabriolets from the 1980s came from the factory as two-door convertibles and those were very rare. Topo based the fusion of these later model Fleetwoods on the styling of these earlier, older “LeCab” models.

Jorge didn’t hesitate to purchase this unique and rare ride and shortly thereafter, he began customizing it in his own fashion, having it repainted a custom shade of green and having the top redone by Area 51 Kustoms. Jorge’s brother, Robert “Gangster” Enriquez, refreshed the trunk beautifully with a custom display.

Jorge says the Cadillac is just in phase one; he already has plans to change up the interior and engine and eventually have the car repainted again. He sends big thanks to Tru Love Detailing, Area 51 Kustoms, his Good Times Car Club brothers, his family and also sends a special thanks to his wife for her support through all the good and bad times in getting this car finished.

Interior: Joe at California Upholstery in Bell Gardens, California made a complete custom leather interior that matched perfectly for this newly converted two-door. The convertible top was eventually redone by Area 51 Kustoms in Bellflower, California.

This 1994 Cadillac Fleetwood Gets The Makeover Of A Lifetime