Newsletter
Sign Up today for our FREE Newsletter and get the latest articles and news delivered right to your inbox.
Home » 1981 Lincoln Mark VIs – The Family Affair 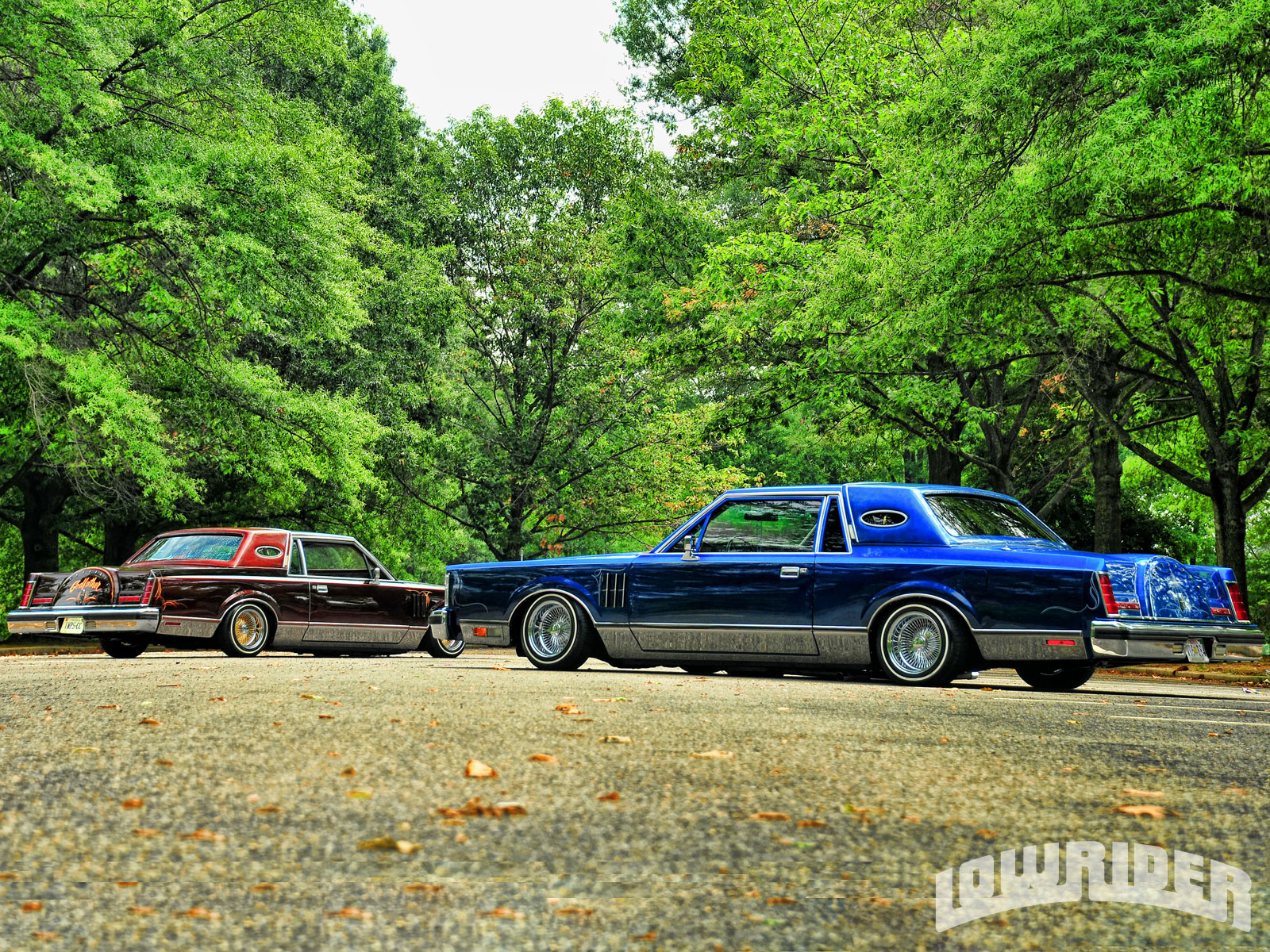 Usually a young boy’s strongest influence comes from his parents. After all, they are the role models that shape and mold us into the people that we become. Twenty-three year-old Edward Mercado, of Woodbridge, Virginia, couldn’t agree more. His father, Manny, a product of Santa Ana, California, was indoctrinated into Lowriding at a very young age. “I would be fascinated by seeing them at my high school,” Manny explains to us, “I knew right away that the Lowrider culture is what I wanted to be a part of.” His son, Edward, would soon follow in his father’s footsteps. When the family moved to El Paso, Texas, Manny joined Imperials C.C., and was recognized because of his attention to detail and quality of his Lowrider builds. Most of Manny’s friends had kids of their own who were driving Lowrider vehicles, so he knew it was time for Edward’s first car. Manny purchased a 1981 Lincoln Mark VI that he found in North Carolina; a car that was in pretty decent shape for previously being a hopper. “The potential was there for a clean driver,” Manny tells us. After about three months of nonstop work, the Lincoln was altered to reflect a brand new style. Manny, a general contractor, was hired to build a house in Virginia. As he was working on the job, he was shocked to see a mint 1981 Lincoln Mark VI in the garage. He offered the owner a deal and was soon on his way home with a matching Lincoln. Manny and Edward both enlisted the same painter, Marco, from Gino’s Body Shop, in El Paso, Texas, for the complete overhaul. Neil Madden, from Alexandria, Virginia, was brought in to lay down creative pinstripes and leafing throughout both Lincolns. The suspension was installed by Hi-Lo in El Paso, with both cars receiving a two-pump, four-dump setup. Manny and Edward now work together by remodeling homes for Greenfield Maintenance and Remodeling in Virginia. “Having my father show me the ropes in life and then at work is something I will always be grateful for,” Edward explains. Although they are in different clubs, the father-son duo considers both clubs family. The Godfather and Underboss are two main components in any family and that’s no different in the Mercados. With such a tight family bond and a commitment to the Lowrider culture that they love, it is safe to say that the Mercado boys will be around for a long time.

Body/Paint: Marco, from Gino’s Body Shop, in El Paso, Texas, handled the bodywork and the paint. A House of Kolor two-tone Root Beer Kandy was added with metal flake. Neal Madden was brought in to lay down his creative pinstripe and leafing work.

Sound System: Audio Plus, in El Paso, Texas, added the sounds by installing a Kenwood head unit and Kenwood components.

Interior: The original root beer interior was so flawless the only thing added was new chrome moldings.

Engine: Gilbert, from Fast Lane, in El Paso, Texas, removed the stock 302 and added a fully rebuilt 351-c.i.d. and a new transmission.

Paint/Body: Marcos, at Dino’s Auto Body, handled the bodywork and paint adding a House of Kolor Kandy Blue two-tone paint over a Grey and Silver basecoat. Pinstripe master Neal Madden was brought in to pinstripe and leaf the Lincoln.

Interior: Emilio, at Black and White, in El Paso, Texas, brought the Lincoln back to life by removing the ripped interior and reupholstering the Lincoln in the stock velour to keep it original.