Newsletter
Sign Up today for our FREE Newsletter and get the latest articles and news delivered right to your inbox.
Home » 1971 Oldsmobile Cutlass – Blood Diamond 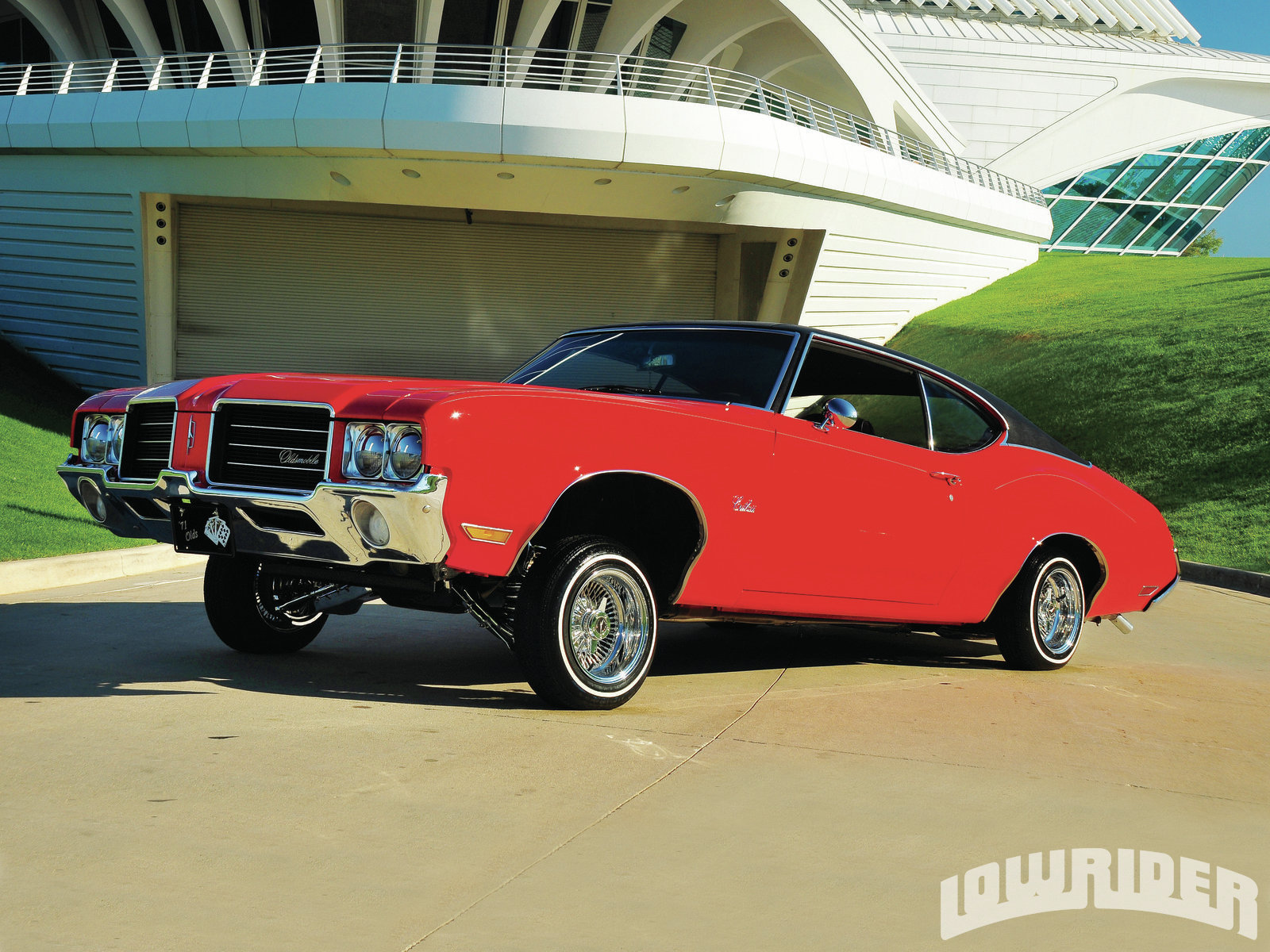 The diamond is one of the most prized gems known to man. So prized in fact that to some, they are worth dying and killing over, as their exclusive beauty remains timeless and highly coveted within the world marketplace. While the tragedies behind the blood diamonds are vast, twenty-six year old Dale Christiansen from West Allis, Wisconsin gives the term a much more positive twist, thanks to his immaculate, red 1971 Oldsmobile Cutlass. Dale’s father, Wayne, had always been into muscle cars, so while Dale was growing up, the love for automobiles was prevalent. At fourteen, Dale picked up his first Lowrider Magazine and instantly fell in love. “I wanted to get a car that fit my needs but still had the muscle car feel,” Dale explains. The opportunity presented itself when he got wind of a 1971 Oldsmobile Cutlass for sale in Arizona. Without even having a license, father and son made the drive to purchase the Cutlass.

The two spent countless hours working on the new ride, first by removing the stock motor and reworking it adding chrome plating. They decided to improve the aggressive look of the Oldsmobile by adding a two-pump, four-dump hydraulic setup. The Oldsmobile was brought to National Auto Body in New Berlin, Wisconsin where the rich layers of PPG Viper Red was added to the body. John Shepherd from Pleasant Prairie, Wisconsin was enlisted to add pinstripe. When it came time to upgrade the stock interior, the experts at Home Style Upholstery in Oak Creek, Wisconsin handled the tailoring.

Not many car builders can say they have had their pride and joy for over a decade but Dale has shown this caliber of dedication in building his Cutlass. As the President of Good Times in Wisconsin, he leads by example and shows that you can never give up on your dreams. His father is even part of the same club, ensuring that the club is more about family than it is about politics. “I want to thank my lovely girlfriend, Julie, for supporting my dream, my parents for their help through all the hard times, and my car club Good Times,” Dale tells us, “Blood Diamond is a result of all the hard work I was able to complete because of them.”

Engine: Dale and his father Wayne removed and reworked the strong 350-c.i.d. Brew City Kustom Khrome in Milwaukee, Wisconsin was used for all the chrome plating.

Interior: Home Style Upholstery out of Oak Creek, Wisconsin was used for the completion of the cabin. Black velour with a tuck was added to the seats along with stitching in the headrests.

Setup: Dale, with the help of his father, installed the two-pump, four-dump hydraulic setup using six Intimidator batteries. Eight-inch cylinders were added all around and a four-switch panel mounted on the dashboard controls it all.

Giving the students of Cerritos College’s Automotive Collision Repair Program a chance to learn how to truly rebuild a custom car from the ground up.