Newsletter
Sign Up today for our FREE Newsletter and get the latest articles and news delivered right to your inbox.
Home » 1974 Chevrolet Caprice Convertible – Steady Mobbin’ 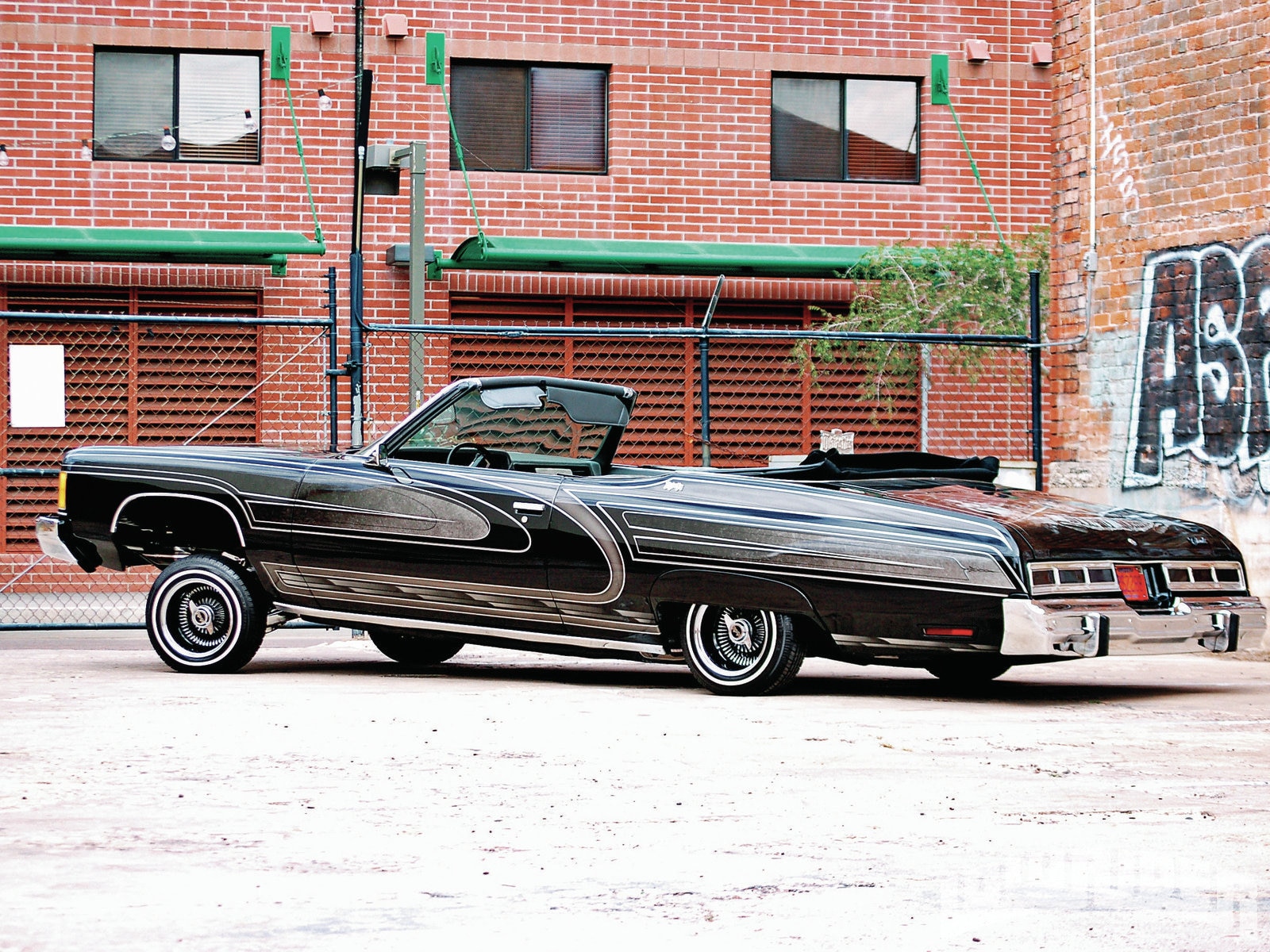 Rudy Duran, or as his close friends call him, “Rude Dog,” is the proud owner of this Majestic’s 1974 Caprice Convertible. Built in less than eight months, he spent night and day putting this puppy together. Rudy is somewhat quiet, until you ask him about The Majestic’s Car Club, and then his eyes light up and his pride and love for “The Big M,” comes shining through. He believes in what the club stands for as they are true riders, and he insists that without the help from his sixteen-member Phoenix Chapter, he could not have finished his seventy-four project in the lighting speed in which he did. He also gives credit to his members in helping him show his ride at car shows, and he is grateful for the times his members have pulled through to help get his chrome and black paint to pop in the Arizona sun. As Club President, he is proud of the fact that he received the Majestic President Plaque after just three years. Typically, earning this title can be upwards of a five-year plan but Rudy worked hard in following in the same footprints as his predecessors. The Phoenix Majestic’s are in their thirty-fifth year of operation in the Valley. They also share the same plaque as three other Arizona Majestic Chapters, Avondale, Glendale, and Casa Grande.

When it was time for Rudy to straighten out the body and prep for paint, he picked Cisco’s Customs. J.C. Collision sprayed on the black base and effects, so the Caprice would have that wet, long, and sleek look that seems to go on for miles. Slow Pez of Modern Art laid on the pinstripes and the Caprice’s murals came courtesy of Rick Wes, as Rudy knows him. The Caprice received an interior by Chaz of Streetwerx Automotive, and when it came to rework the undercarriage and hydraulic system, fellow Glendale Majestic Member Todd Land, of Street life Hydraulics made sure the Caprice was tore up from the floor up with plenty of chrome, paint, and detail.

Though Rudy has been riding low since the ’80’s he continues to have the same desire and drive as some of the youngsters cruising today. He credits his uncle, Louie Medina, for inspiring him to get into the onda and keep it alive a well on the west side. He also thanks the OG Majestic’s of Arizona who have paved the way for this club to succeed in AZ. and sends his thanks to the other chapters worldwide!

Interior: Chaz of Streetwerx laced the Caprice with a clean aesthetic.

Setup: Todd Land of Street Life Hydraulics took care of the undercarriage and set up.