Newsletter
Sign Up today for our FREE Newsletter and get the latest articles and news delivered right to your inbox.
Home » 1938 Buick Convertible – Public Enemy ’38 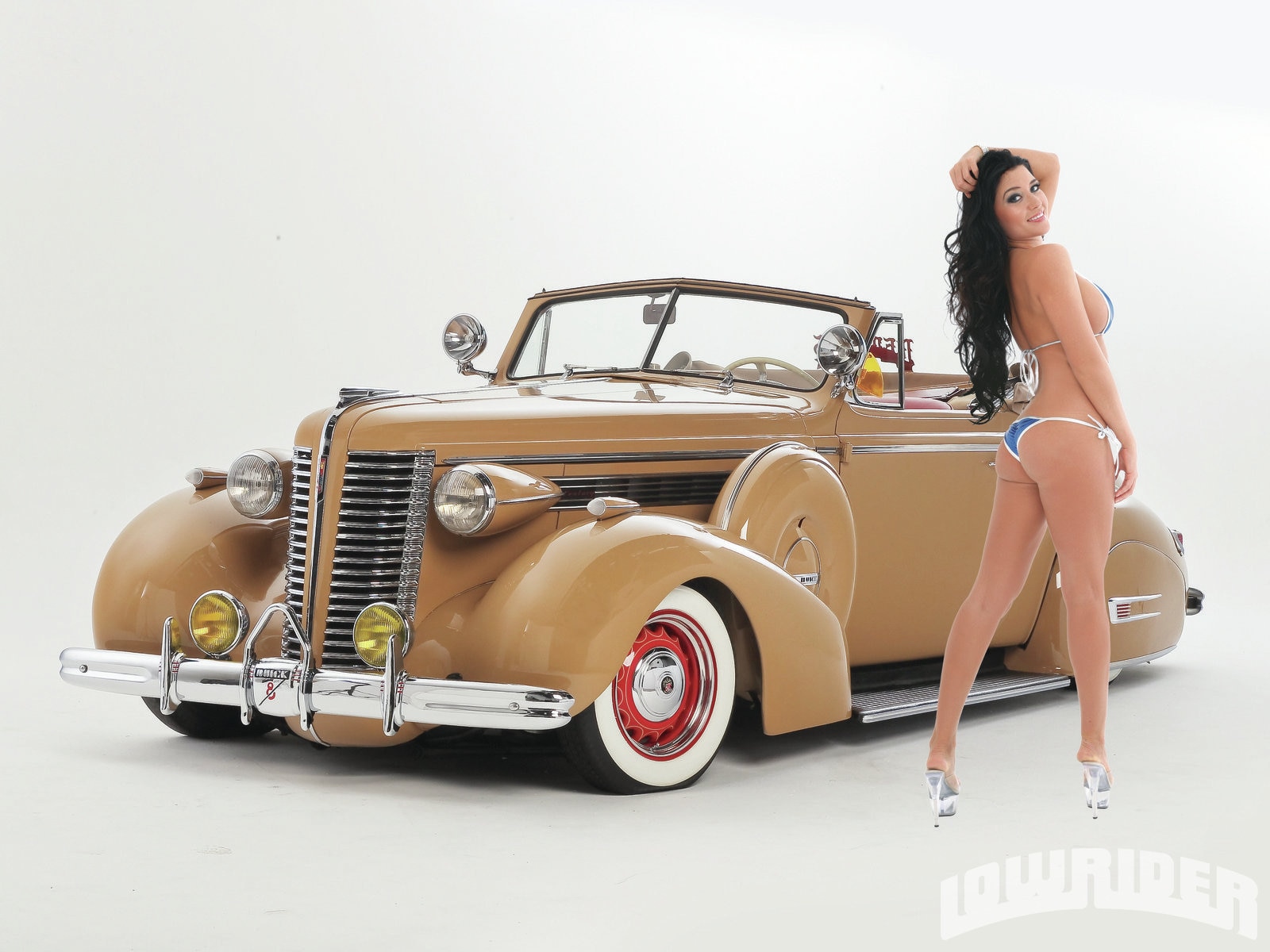 In this culture we call Lowriding, the OG’s, Traditionals, and younger generation all truly enjoy and thrive in this one-of-a-kind lifestyle. Everyone’s got their own taste; the younger generations love their G Bodies, while the traditional Lowrider will cruise the Impala ’til the wheels fall off. What truly started the Lowrider phenomenon can be traced all the way back to the late ’40’s with the Pachucos migrating out of Chuco (El Paso) Tejaz, and going west to the Promised Land ? Califas. When I talk to Lowriders across the country, they have one thing in common; you have to have an acquired talent and skill level to tackle building a Bomb, the Grandfather of the Lowrider generations. In doing this, an enthusiast is basically rebuilding a car that for the most part was designed and manufactured way before your father and sometimes father’s father was able to turn a wrench.

Most Bomb builders are multigenerational in that they learned from their fathers, tios, primos, and so forth. This is also the case for Albert Grijalva of Tucson, Arizona. Albert recalls as a very young man, seeing his older cousin, Smiley Grijalva, with his baby blue and white ’57 Chevy Bel-Air. Smiley was an original founding member of the Tucson Old Memories Car Club, and his Bel-Air was complete with hydraulics, visor, skirts, and most prominently, an Old Memories Car Club Plaque. That shiny plaque inspired Albert to realize his goal of building a Bomb that also flew that plaque as it was cruising South 6th.
With this special project, it is safe to say that the rare 1938 Buick Convertible was a lucky find. Albert had been looking for a project car from the ’30’s within his price range, and for help, he sought out the advice of longtime friend, fellow Bomb builder and car club member Carlos Smith, of Tucson. When he and Carlos first saw the Buick, they saw beyond the worn out Detroit metal and envisioned this beauty sitting on small wheels and lowered to the ground. The duo took the car to Carlos’s shop, Chevy Classics of Tucson, and a year and half later, the ’38 Buick was restored to the condition you see before you. Complete with a straight 8 OG 3 speed, custom dual exhaust, lead filled body work, PPG Urethane Camel color with a pinstripe from Jim Gear, and new plating by JR. Leon of Royal Plating, the Buick’s plaque went up just in time for a Tucson Chapter cruise. Though the ’38 convertible is rare, even more so are the electric curb feelers, GM Compass, GM fan, redhead flashlight, GM windshield washer bottle and 1941 Buick NOS Skirts. Albert needed to fulfill his cruising senses to the fullest, so Tony Acebes (Guerro) set up the proper sounds for the Buick. Paul of P & L Upholstery restored the leather interior so it could handle the Arizona sun.

Though Albert loves his Buick and car club, which he wants to acknowledge in inspiring him, his family is why he does what he does. During the course of this write-up, I asked Albert to write down a few words about the Buick. The first thing he started off with was that he loves his wife and children, as they have supported every aspect of his love for Lowriding and car building. His wife, Andrea, and children Ana Lise, Amaya, AJ, Alexis, and Selica all share in this culture that is so unique and different from other motor sporting hobbies in this country. Some generations pass along family heirlooms such as land, houses, and family jewels. Well, we do that too, but Lowriders also pass along their priceless art on wheels because the old memories made are the best memories to share as they truly show our love to one another.

Interior: Covered and restored by Paul of P&L Upholstery