Newsletter
Sign Up today for our FREE Newsletter and get the latest articles and news delivered right to your inbox.
Home » 1951 Chevrolet Fleetline – Green Relic 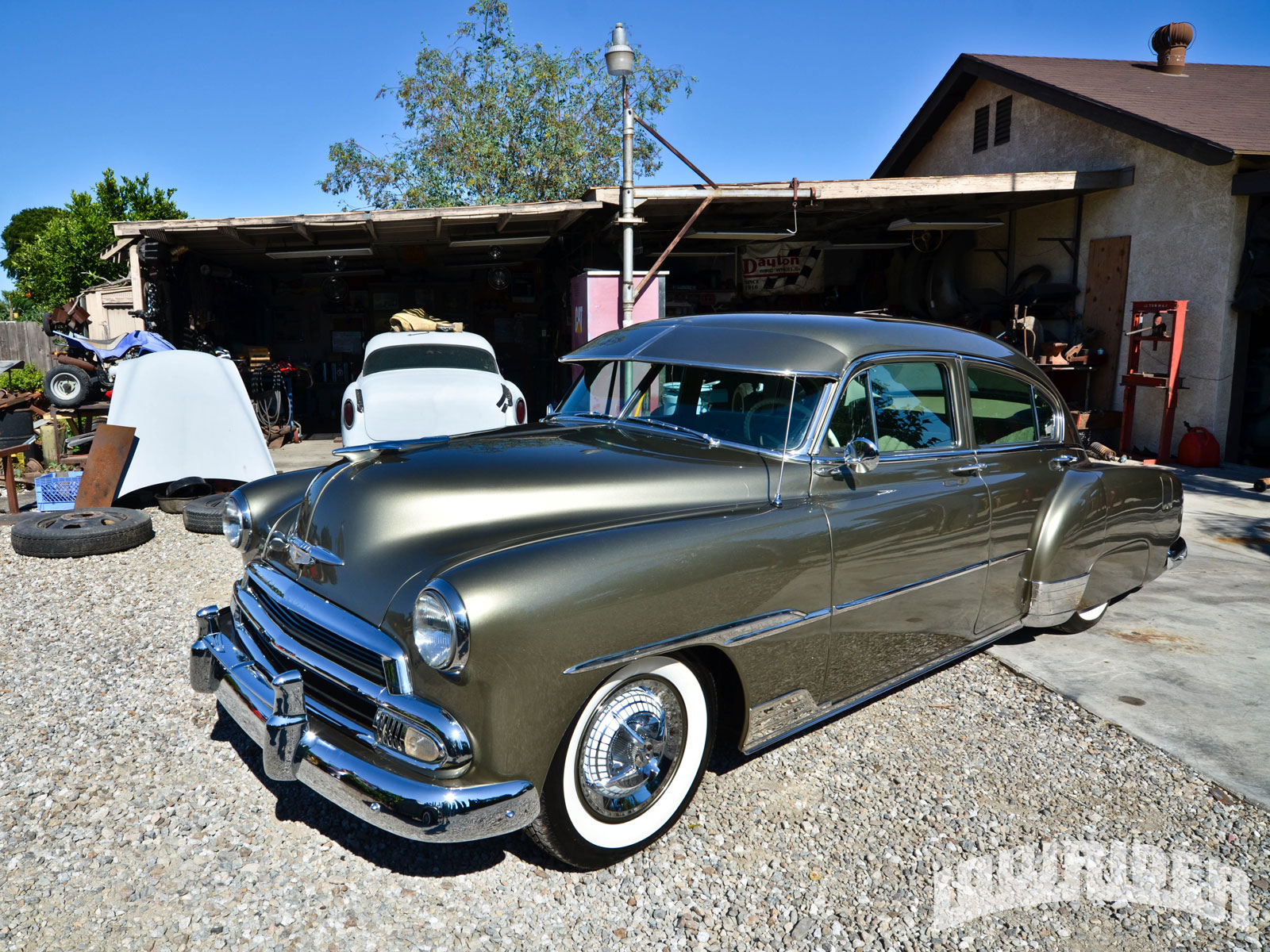 As a native to the community of East Los Angeles, Lowriding surrounded Joseph Marquez and he became mesmerized with the amazing culture. He began building his mechanical skills as an adolescent; looking up to his competitive brothers who had a knack for building neck-breaking rides that dominated the Boulevard. He got his first chance at Lowriding greatness shortly after he turned sixteen and hasn’t looked back since. His career rolls on today as strong as it ever was back then, thanks in part to this gorgeous 1951 Chevy Fleetline featured here. Joseph came across the Fleetline when a fellow club member from the Arizona chapter bought it as a project car. Luckily for Joseph, his fellow club member offered it to anyone in the club who wanted to finish it, and Joseph happily took him up on the offer before anyone else had a chance to respond. After looking for a ’51 for years, he promptly loaded the Fleetline up and towed it back to California. Once the Fleetline was back in his garage, Joseph tore it apart and restored it with plenty of attention to detail. Joseph and his wife, Sally, would like to thank Greg Arrendondo and John Walvoord for their assistance with the restoration of the Fleetline. Joseph and Sally are enjoying the fifty one right now but like we mentioned in the opening paragraph, it would not be surprising if Joseph parted with it to move on to another project. We are pretty sure it will be just as nice, if not nicer than this incredible Fleetline.

Paint: Juan at JML Auto Body in Huntington Park, California massaged the body back to factory condition before he sprayed the Khaki Green hue on the Fleetline.

Interior: Jose Perez, from Perez Upholstery, in Pasadena, California covered the interior panels and front and rear seats in a light brown suede tone. Marty, from California Installs in East Los Angeles, California, installed the in-car entertainment system that consists of Kenwood, Kicker, and Orion components. There are 2 Orion amplifiers powering the Kenwood speakers throughout the Fleetline. The head unit is installed in a custom-built center console under the dash.

Wheels: Stock 15″ wheels with Crown hub caps cover each corner of the Fleetline.