Newsletter
Sign Up today for our FREE Newsletter and get the latest articles and news delivered right to your inbox.
Home » 1977 Chevrolet Monte Carlo – Orange Sunshine 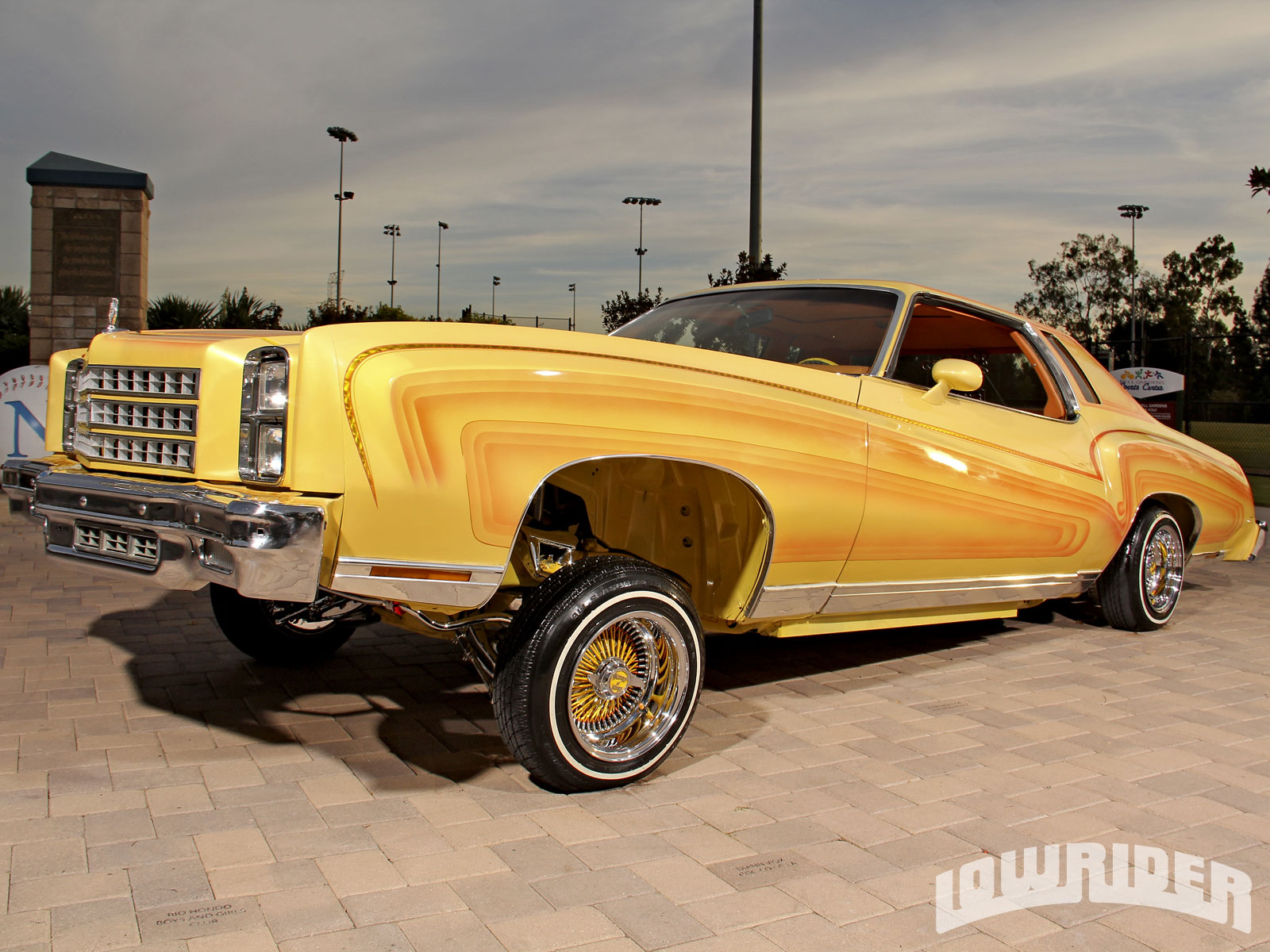 The negative stigma that mainstream society has placed on Lowriders is an unfair and unwarranted connotation, and one that our culture has faced for years. Sometimes it can be hard to overcome; just ask Diego Mercado, of Bell Gardens, CA. Diego grew up in Compton and it was there that he was able to get his first glimpse into Lowriders. “As a kid, I always wanted a Lowrider, but my mom would always tell me that those cars were for gang members,” he says. One day as he was walking the Compton streets, Diego found a Lowrider Bicycles magazine that someone had tossed. “I picked it up and I took the magazine to school and everywhere else. I used to tell my friends that one day I was going to have a Lowrider.”

That dream lifestyle began to take shape eight years ago for Diego, when his father gave him a 1977 Chevy Monte Carlo. His father had owned the car since 1990. “My father gave me the car as a present and I used it to go back and forth to high school,” explains Diego. Unfortunately for Diego, after owning the car for two years, it was impounded due to the fact that Diego had been driving it without a license. In order to get the car out, it was going to cost Diego $1,200 in fees, and he faced a dilemma. “The president from our car club had a ’77 Monte Carlo Landau that he was willing to sell to me for $1,000.” The car was the same year as the impounded one, but also had rims, a factory sunroof and bucket power seats. “Since my dad had owned the car for about 15 years, he was upset that I decided to let it go like that, but I explained that the other car had more options and would be $200 less.” Diego’s father saw the car and agreed, so he helped him purchase the car. “He had given me a ’77 and I wanted to keep a ’77 in the family, so I went for it.”

As a new father, one of Diego’s proudest moments with the car is when he took his baby who was only a few months old cruising with him in the Monte Carlo. “I thought the baby was going to start crying when I started hitting switches but he started to laugh and that made me proud.” Diego would like to thank his wife, Cindy, for supporting him through the build of the car, his club president, Javier, for adding the whole engine build, his club member, Freddylac, for pushing him to finish the build when he was ready to quit, and all his fellow club members for their support.

Body/Paint: With the shaved door handles, hood and gas tank, Tony of So Cal Auto Body in Santa Ana, CA sprayed the yellow pearl with orange fade away. Curly’s Pinstripping of Paramount, CA added the stripe work. Chuko, of Chuko’s Airbrushing in Bell Gardens, added the murals found on the sunroof and the front bumper fillers. The painted frame and belly was finished at Coronoa Body Shop in South Gate, CA.

Interior: Joe, of California Upholstery in Bell Gardens, CA, stitched together the four-tone interior by using suede and vinyl.