Newsletter
Sign Up today for our FREE Newsletter and get the latest articles and news delivered right to your inbox.
Home » 1936 Chevrolet Sport Roadster – Betty 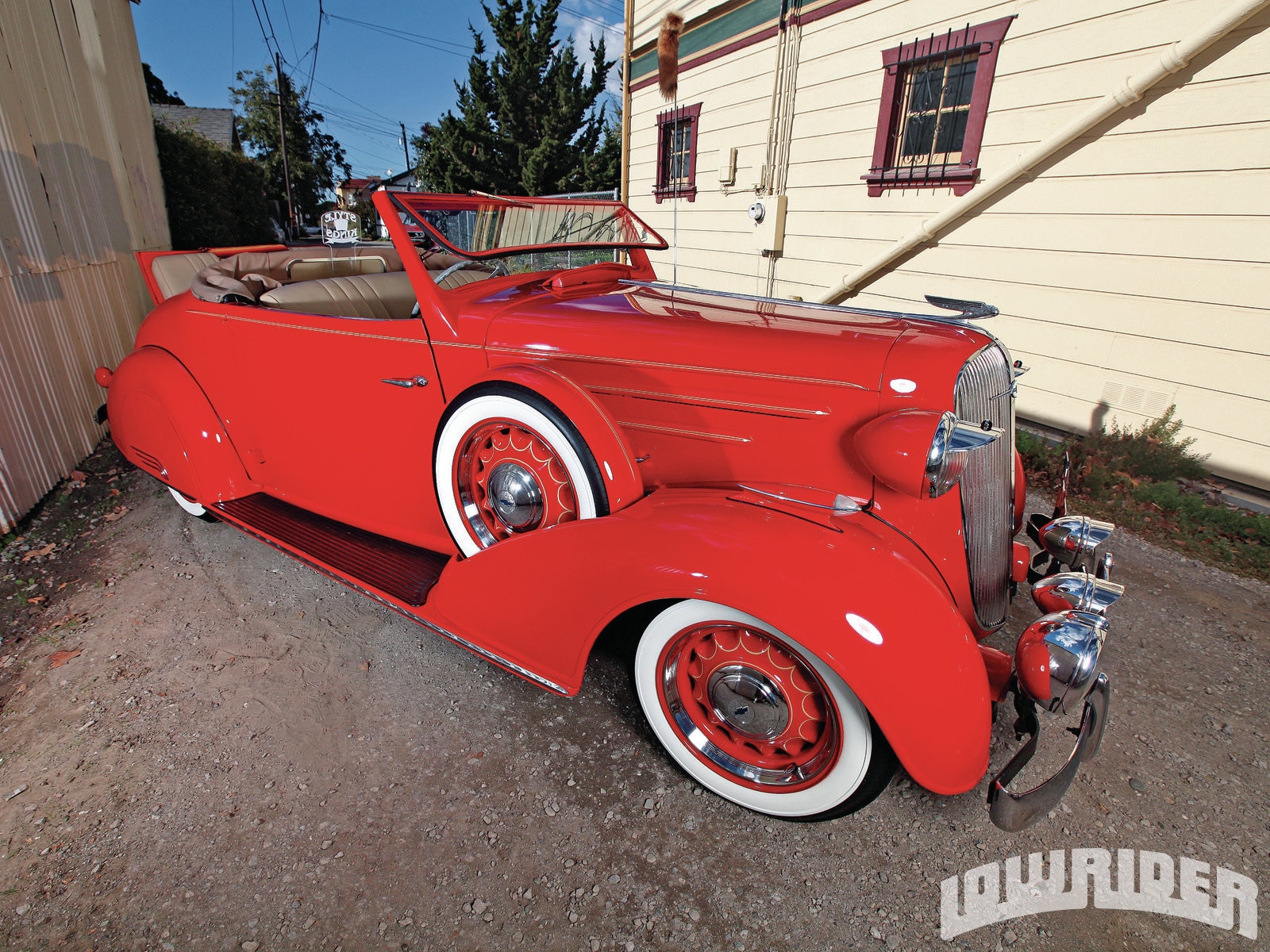 Any true car collector can tell you that you would be hard pressed to find an American Fisher Body 1936 Chevrolet Convertible – since there were only 1500 of them made. Finding the GM Australian version of this model with the suicide doors, right hand drive, safari windshield, and split rear bumper would be even harder but Randy Perez, of Fremont, CA, was fortunate enough to find one. “I recently found out that GM Australia only produced 435 Holden Body Roadsters in 1936,” explained Randy. “It is believed that less than a dozen of them have survived worldwide.”

Randy spotted the gem in the spring of 2003 while attending a small car show in San Jose, and immediately made a play for the rare ’36 Roadster. “After a short negotiation, I purchased her from my friend, Oscar Munoz, of Aromas, CA,” he explains. Oscar had bought the beauty five years earlier and told Randy that there were only five of these cars in the United States. Luckily for Randy, Oscar had tracked down most of the rare accessories like the banjo steering wheel with clock, glove box with clock, ashtray with cigarette lighter, hood ornament and so on. “I had always admired the car since Oscar first bought her five years earlier from the family of a gentleman in the Los Angeles area who had it shipped here from Australia.” When “Betty” first arrived to the U.S., the car was in dire need of a full restoration. “Betty” received a frame-off restoration and was given a teal green color with yellow wheels and a black interior. When Randy got her, he shipped her out to Tijuana to get it painted in his favorite shade of red and once the car was returned, he had Rene, in Hayward, CA, stitch together the tan upholstery. Keely’s Custom Wheels in Stockton, CA customized the artillery wheels and Herb Martinez of Livermore, CA laid down some classic stripe work.

Just like Randy’s ’36 Packard convertible and his ’36 Auburn Speedster (LRM Nov. 2010) this Roadster was initially destined to be cut and juiced. “I wanted to add hydraulics but didn’t go through with it after I found out how rare it was,” Randy says of his change of heart. Randy would like to thank his wife, Maddy Perez, for all of her love and support in all of his car projects.