Newsletter
Sign Up today for our FREE Newsletter and get the latest articles and news delivered right to your inbox.
Home » 1947 Pontiac Torpedo – El Torpedo 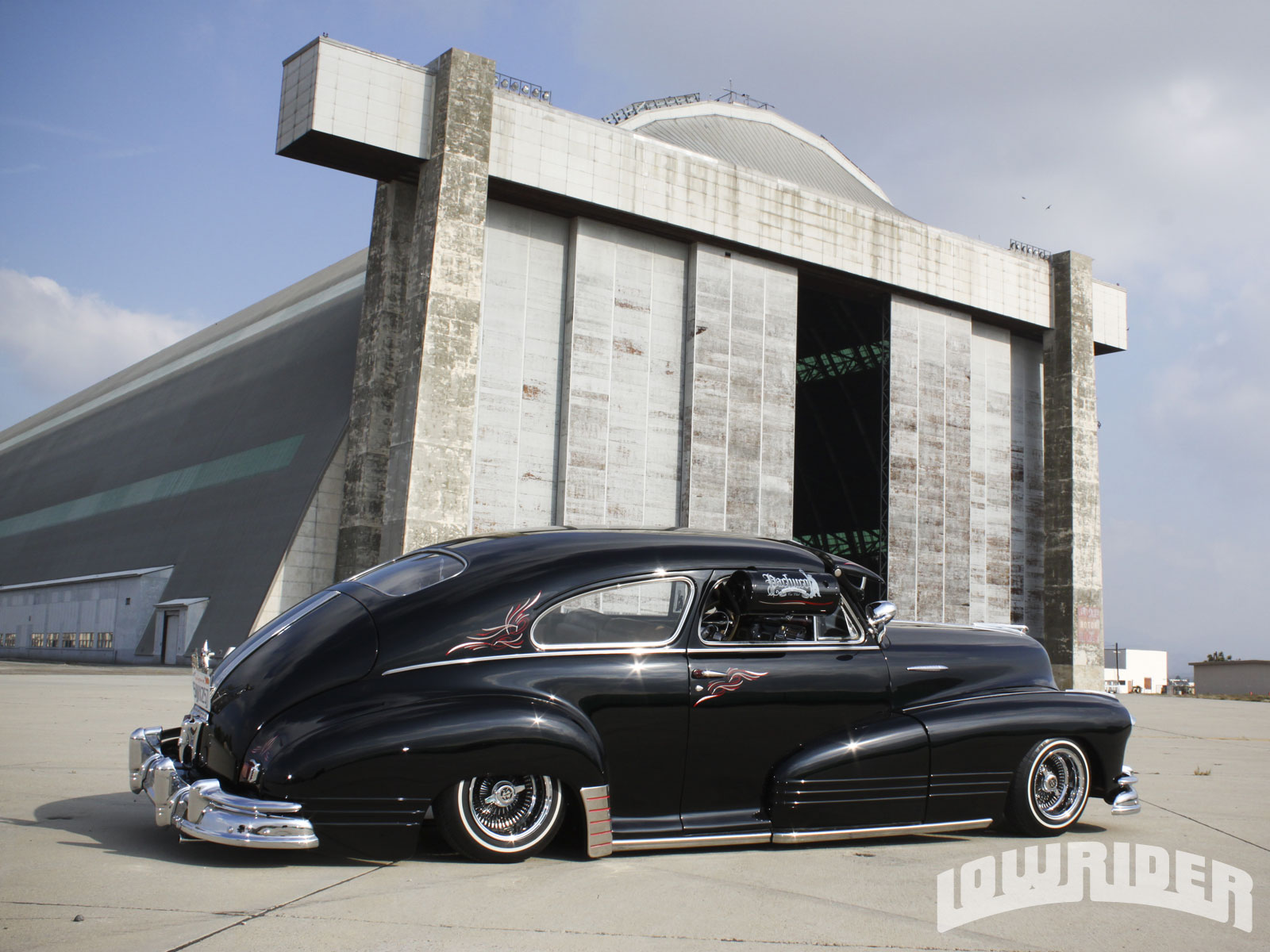 Memories are often the foundation for our passions, and 31-year-old Johnny Birkmeyer of Palmdale, California, fondly remembers his older cousin, Alanzo, rolling in a ’48 Fleetline back in the day. The image was enough to spark Johnny’s love affair with cars, even though at the time, Johnny could only dream of one day owning his own Bomb. While cruising down the streets with straight exhaust pipes rapping loud was a dream, it was clear that Lowriding was definitely in his blood. Nurturing your dreams takes time, however, and it wasn’t until about four years ago that Johnny was finally ready to find his own fantasy classic car.

Johnny loved the Fleetlines, but he wanted something that would be different. With the help of his good friend, Mike Gutierrez, the search took them to all places high and low until they found a ride in dire need, sitting on a farm out in Iowa. Johnny was hesitant with this rare 1947 Pontiac Torpedo because he couldn’t see it in person and he could only rely on the photos that the owner had sent him. The car was pretty much complete but did have a little rust and some bonus mouse droppings. The Torpedo also needed an engine, new interior, and some chrome re-dipping. The seller was able to talk Johnny into purchasing the ‘47, swearing to him that it would be a great project car.

After some hard work and hard-earned money, Johnny’s ’47 Bomb came along nicely; receiving some loving bodywork, a new paintjob, new interior, and a custom air ride system that allowed it to drop to the ground! A rack and pinion suspension was installed, along with a C-notched “Fatman Projections” frame to allow the ride to sit down low. A Mustang front and rear end were also installed. Tubular A-arms were constructed and the rear floor was even raised three inches to provide further altitude travel. A set of disc brakes finished off the undercarriage and a custom steering wheel (by Kochs) completed the interior. Janet, over at the Bumper Depot in Palmdale, took care of the chrome plating needs for Johnny.

Johnny says he plans to add air conditioning, more murals, and finish off the engine bay in the near future. Until then, he gives a big shout out to his Pachuco family and a special thanks to his wife, Everlin, for all her love and support.

Engine: Adam over at Adam’s Metalizers in Lancaster, CA., installed and rebuilt a 1963 Chevy straight 6, 292-c.i.d. engine, which was bored and stroked with a 300HP RV cam and dual carburetor. A three-speed ’67 Camaro transmission was also installed.

Interior: Gonzalo of A & G Upholstery refreshed the interior with a tan ‘50s tuck and roll style along with a suede headliner.

Setup: To keep things roomy and to allow the Bomb to have the smoothest ride possible, Johnny opted to go with an air ride setup. Lucas Granicy, of Needful Things Customs in Lancaster, was the project foreman, installing two tanks (by Air Ride Technologies) with a Viair compressor.