Newsletter
Sign Up today for our FREE Newsletter and get the latest articles and news delivered right to your inbox.
Home » 1974 Chevrolet Caprice – The Home Wrecker 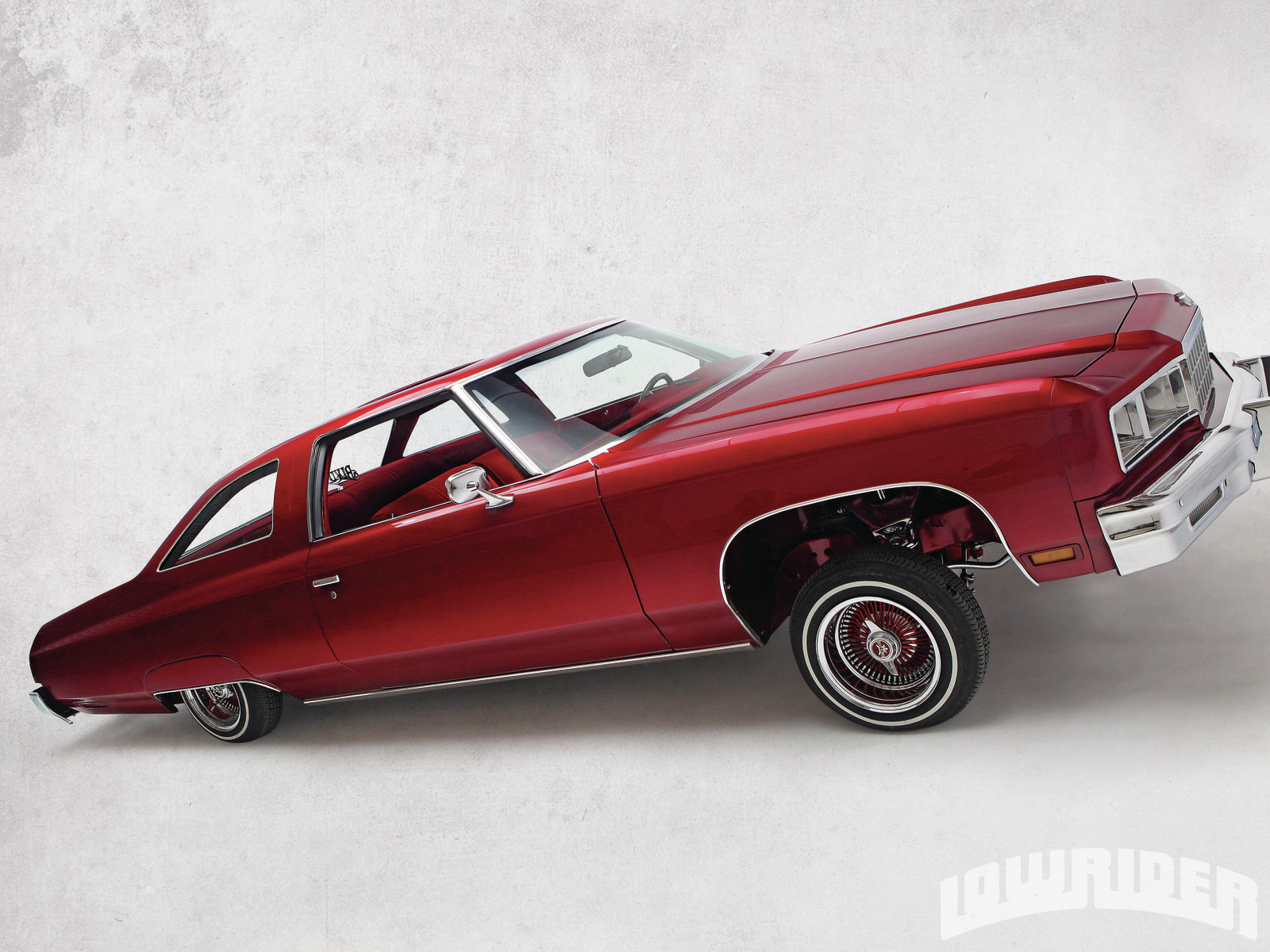 First impressions mean everything in life, and for most Lowriders, a first encounter with a modified street cruiser means a lifelong addiction to riding slow and low. Such is the case with one aficionado we caught up with. Back in 1987 as Rolando “Big Tito” Belloso was walking home, he had that intoxicating encounter; he saw his first Lowrider. “I was walking from 24th Street to where I lived on 21st Street and I saw a 1964 Chevy Impala on Mission. I remember seeing [the driver] lifting the rear of the car and lowering the convertible top at the same time. Ever since then, I’ve been hooked,” says Big Tito with a smile.

Given his new found passion, he couldn’t wait to get started and the first car Big Tito began building was a ’76 Impala. “I thought I would be able to go pretty far with that car but I never did,” he says woefully. “I was nineteen years old and I got a girl pregnant. I had to sell the car for the family,” says Tito. Five years down the line after he was a little better established, Tito bought himself a 1964 Impala. “It was silver and had a chrome undercarriage; I was really proud of that car.” The car fed even further into Tito’s addiction and his time behind the wheel also served to motivate him.

In 2002, Tito and his friends Che, Gordito, and Chepe started up a car club called Blvd Kings. The idea to start up a club came after Tito left his former club; one of many that fell more into the big wheel trend and veered away from the traditional Lowriders. “I wanted a club that would stay as a traditional car club,” says Big Tito. During the club’s inception, Big Tito had a 1964 Impala convertible that he used to show quite often. After garnering much attention on the circuit, the car was sold to a buyer in New Orleans and was featured in our March 2012 issue of Lowrider Magazine. The mother chapter of the Blvd Kings is the Bay Area chapter and shortly after the chapter’s initial success, Blvd Kings opened up a San Jose chapter, followed by three more chapters in Fresno, Vallejo and Orange County. Tito acknowledges the mentorship and guidance of two friends, Kita from USO and Glen from Low Creations, for helping him to create such a successful club so quickly. The club’s responsibilities not only led Tito to fulfilling relationships, they also led him to another build!

After meeting a Lowrider in Arizona named Bobby who aspired to open up a chapter of the club there, Tito made the trip to speak with him about the matter. The fateful trip produced another project for Tito; a Glasshouse. “Bobby told me that he bought it from a guy who was fixing it up for his wife and something happened to where they ended up getting divorced. Bobby purchased the car from him and it wrecked his home life, and sure enough, when I got it, the car wrecked my home, too!” The events gave Tito an easy idea for the car’s name; “Home Wrecker.” “When I got it from Bobby, the car had no engine, no transmission, no paint, and it needed interior. The only things that were finished were the exterior paint and chromed undercarriage,” Tito explains.

Currently, Big Tito has a 1958 Impala Convertible on his to-do list, and he hopes to finish that project soon. Since the Glasshouse was a home wrecker, Tito ended up selling the car to one of his club members from Orange County. “I hope the Glasshouse will give Rob a better turn around than it did for the rest of us. I don’t like letting this car go, but I think what I really need to do is to finish that ’58 convertible,” Tito says with a laugh.

Tito would like to thank all of his club members that came over and helped out. “I want to thank Chris, Mike, Calisto, Jesse’s brother, Rick Gomes, my son, Angel, and my family,” he says. “I really appreciate all my Blvd Kings club members.”

Body/Paint: Bobby Jaerqui, from Arizona, painted the car an elegant candy Brandywine color, while Angelo lent a hand by adding his pinstripe work.

Interior: Tito got the interior work finished in Arizona by an excellent mom-and-pop shop, Arizona’s Finest Interiors. The crew there complemented the Glasshouse’s elegant exterior with their own keen combination.

Sound System: Tito decided to keep the system simple, so he threw a bazooka speaker box in the trunk, which he had painted to match the car. The head unit is a JVC stereo, and the system is grounded thanks to a pair of 6×9’s.

Setup: Since the car looked old school, Tito decided to make the setup look old school as well. He and the club members installed the two chrome pumps in the trunk.