Newsletter
Sign Up today for our FREE Newsletter and get the latest articles and news delivered right to your inbox.
Home » 1971 Oldsmobile Cutlass – Cutty Seventy-One 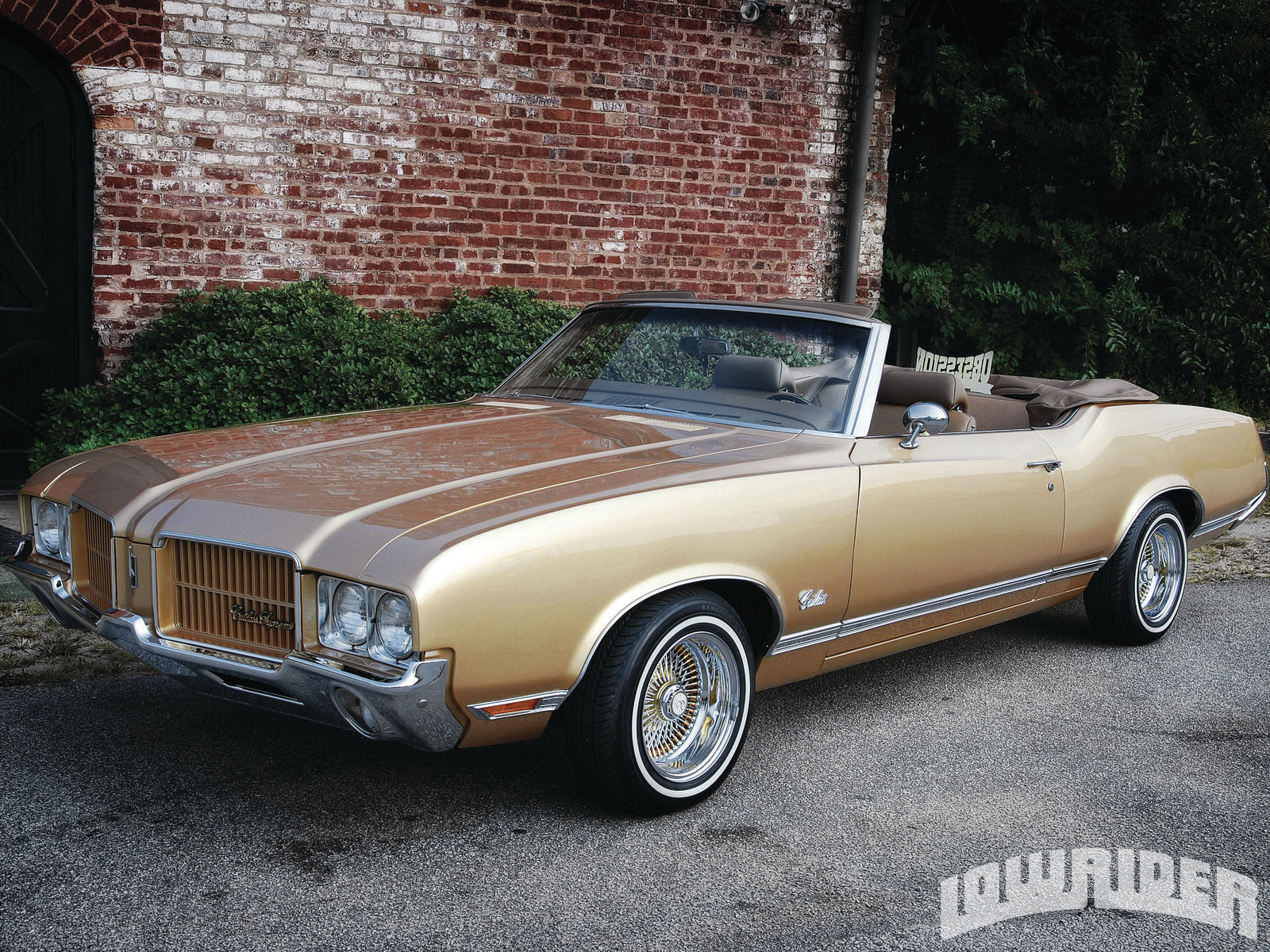 The Oldsmobile Cutlass is a staple in Lowriding. The coveted make and model has seen its fair share of changes, transforming from its early muscle days into the sporty, G-Body ‘80s frames that have swept through Lowrider car clubs and boulevards alike. It’s certainly safe to say that from hoppers to full show rides, the Cutlass is just as popular in Lowriding as the Chevy Impala. For many, the Cutlass or “Cutty” is a car that remains at the top of the car-building wish list.

Atlanta Georgia’s Johnny Estrada couldn’t agree more. Born and raised in Northern California, also known as the “Bay Area,” it was the vintage Oldsmobile that captivated him. The Cutlass was so popular and highly sought after while he was growing up that Johnny vowed one day to have one of his own. After a career in Major League Baseball, Johnny hung up his cleats and settled in the suburbs of Atlanta, Georgia. With more time on his hands, an eager Johnny could now devote his energy to his favorite pastime, Lowriding, and the quest to find a Cutlass was on.

Johnny located a 1971 Cutlass and went right to work on getting the car restored to his liking. He contracted Mac Mounsey from Mac’s Hot Rods in Newnan, Georgia to handle the bulk of the restoration. Mac prepped the Cutlass for paint and sprayed a PPG Prizmatic Gold and Silver hue on this ride. Once the paint work was completed, the car was sent out for its interior work, courtesy of Jerry Crawford, from Crawford’s Upholstery. Jerry worked his magic and covered the interior in brown Ostrich hide and leather. He then covered the convertible top in Mercedes Benz cloth, and made sure the dash and all interior woodwork was color matched and restored.

With some of the aesthetics under control, Johnny’s build focused on the power train of the vehicle. The engine and suspension were freshened up, detailed, and brought up to speed, so that the car itself would be as well when it was out on the streets. The rolling stock is comprised of 14-inch OG Wire Wheels with Diamond Cut spokes, and 14-inch White Walls.

The final piece to Johnny’s puzzle was adding the ICE, or “In-Car Entertainment.” Audio Impulse in Newnan, Georgia installed a killer system, including the custom trunk set up that includes two 12-inch woofers and three TV’s for as Johnny put it, “Parking Lot Pimpin.” The final addition to the “Cutty” was the Obsession Car Club plaque, which it proudly flies whenever it leaves the garage.

Interior: Jerry Crawford from Crawford’s Upholstery in Newnan, Georgia covered the interior in Ostrich hide and leather. The top was covered using Mercedes Benz cloth while the dash and all woodgrain were dyed and color matched.

Suspension: The suspension and frame were updated and refreshed during the restoration. (Plans to lift the car are in the works.)