Newsletter
Sign Up today for our FREE Newsletter and get the latest articles and news delivered right to your inbox.
Home » 1950 Chevrolet Fleetline Deluxe – Lowrider Magazine 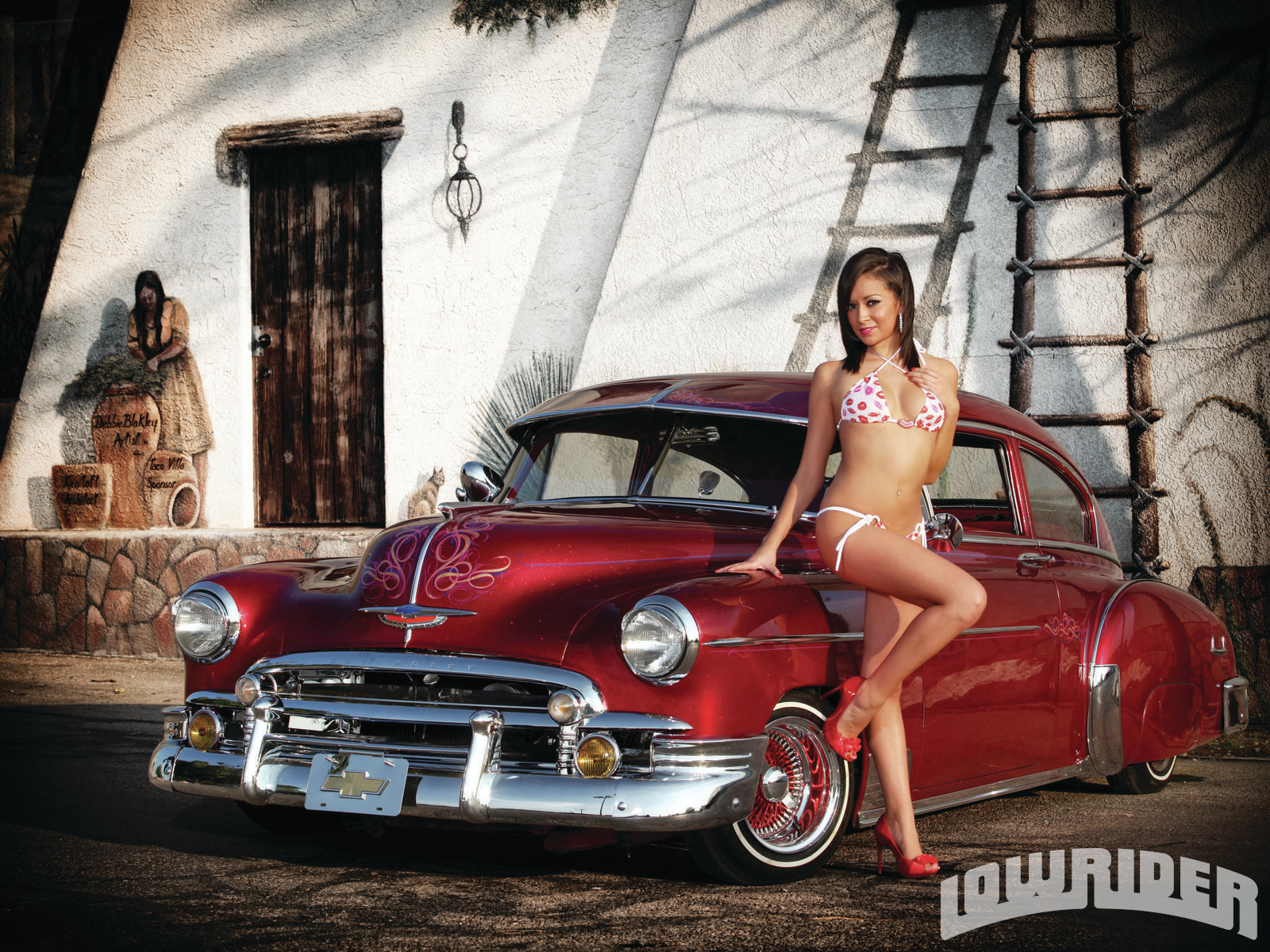 The city of Odessa, TX., is filled with decades of Lowrider history, with many of those memories occurring down West Clements Street. The late ‘80s were no exception, as a young Chris Melendez would see the neighborhood lows cruising down this infamous south side boulevard. Those heavy cruisers included his brother, Jonell, who proudly sat behind the wheel of his 1970 Chevy Monte Carlo. Back then, it was all about the cruise, as the initial inspiration for this future car builder.

Seeking to join the pack on Clements, a 17-year-old Chris had his driver’s license, but he still needed that one-of-a-kind ride to make his own mark. Luckily, the search for a cruiser was not a long one, thanks to the fact that a ’79 T-Bird sat unused in his grandmother’s garage. With help from dad, the young Melendez purchased the ’79 T-Bird and during the next decade, transformed it into the full custom ride “Just 4 Looks.” Chris admits that winning over 100 trophies with the car was, undoubtedly, a great ten year run, but his true passion build had not yet been fulfilled. This passion dates back to Chris’ first shop job at Vasquez Body Shop. At 18, on his first day on the job, a Candy Red ‘51 Chevy Deluxe drove up to the shop. “From the minute I saw it, I wanted to have a bombita,” recalls Melendez. The ’51 belonged to a co-worker, Charlie Vasquez, and it made quite the impression on Chris. “I remember Charlie driving the bomb to Kansas every year!” The car’s functionality would prove to be a lesson well learned, as Chris emphasizes that his cars, “may have chrome and candy paint, but I have to be able to cruise my ride.” This “no trailer queens allowed” policy has kept Chris out on the streets, where he feels Lowriders belong.

Finally, the exhaustive search for the perfect ride ended in 2010 for Chris, as he purchased this 1950 Chevrolet Fleetline Deluxe from a used car lot in Pilot, TX. After it sat in the backyard garage for six months, Chris, along with sons Christopher and Mathew, began taking the Fastback apart. Now, some LRM readers can attest to the initial tear down of Bombs resulting in a bondo-dust covered garage filled with primered body panels and rechromed parts sitting for months, if not years. As a custom painter by trade, this was not the case with Melendez; along with help from son, Rene, and Isaac Borrego, they had this Bomb’s body and candy paint completed in one week! You read that correctly; one week, as in 7 days, 168 hours!

Although the marathon pace ended that week; for the next year, the garage continued to be the center point for the completion of this build. At the time of this interview, the next phase is near completion, to include a full chrome undercarriage with metal engraving throughout. Without a doubt, this badd bomb will not be attached to any trailer, as it cruises into the next Texas show or down West Clements.

This Fleetline owner notes, “I’m blessed with the opportunity to complete this car, and also for having so many friends helping me to do it,” says a grateful Chris. He’s extremely thankful for the support from his sons and wife Maria, Richard Palomo for his inspiration as a car collector and builder, and Andy Vasquez for mentoring a young Chris in decades past, in not only the automotive trade; but of vision and confidence in creating his art on wheels today. Paz, Tejas.

Body/Paint: Body by Isaac Borrego and Rene Melendez. A House of Kolor Candy Apple Red sprayed by the owner, Chris, over a Lazer Red base with silver flake.

Interior: Red velour in original pattern with tuck and roll by Detailers of Odessa, TX.