Newsletter
Sign Up today for our FREE Newsletter and get the latest articles and news delivered right to your inbox.
Home » 1970 Buick Riviera – Furious R.I.V. 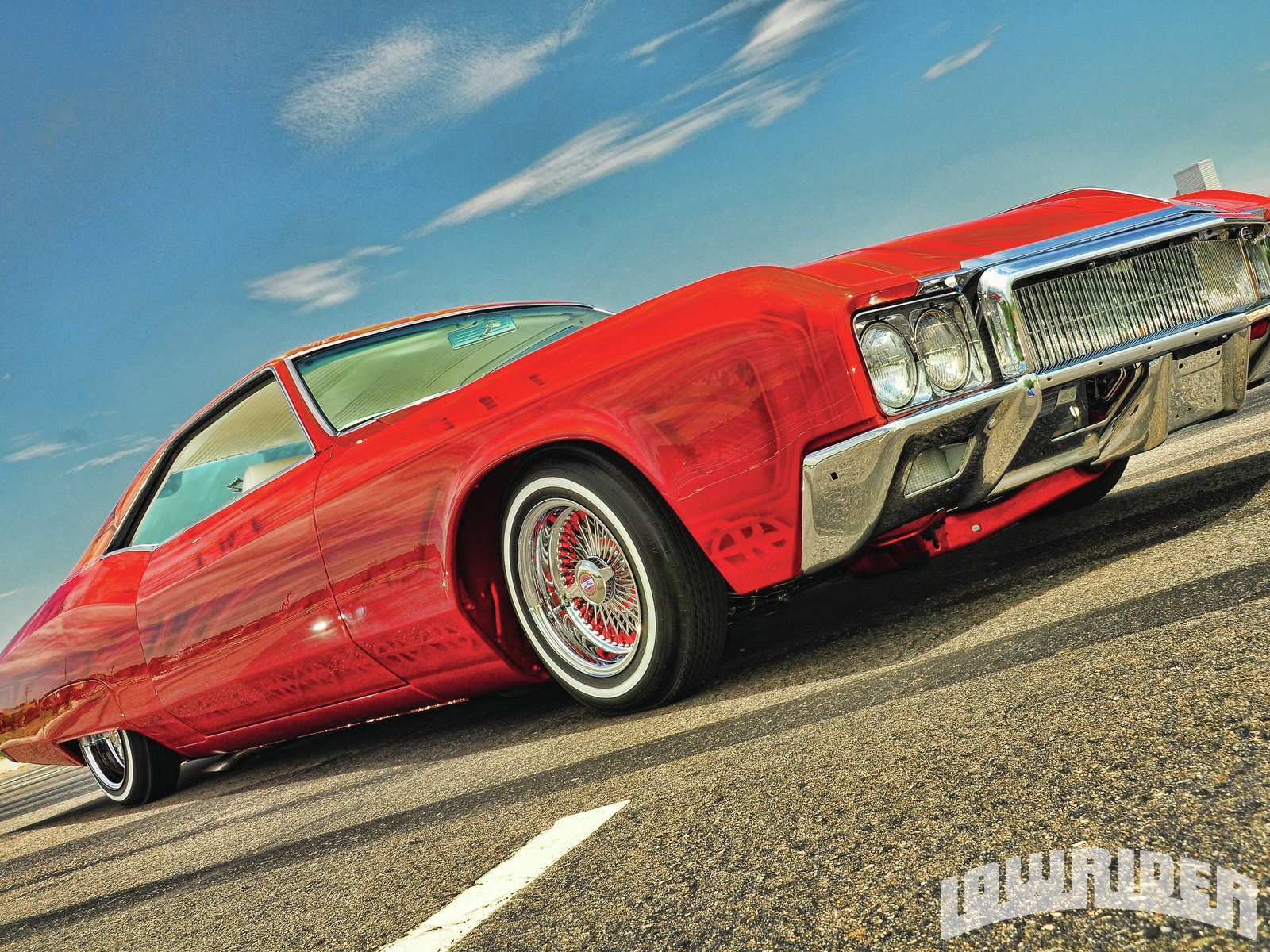 There’s an old adage that says, “success is getting what you want; happiness is wanting what you get.” For thirty-four year-old Larry Benavidez III of Thornton, Colorado, success hasn’t always been something within his grasp. Lowriding proved to be something that would help to change that, as Larry’s love affair with cars was a family tradition that would ultimately guide him down a prosperous path. The son of a hard-working railroad man, it would be a Buick his father found on a job site that would turn Larry’s life around. One day while working on the railroads, Larry’s father happened to come across a 1970 Buick Riviera in the driveway of a house in Rawlins, Wyoming. He spotted the car from a nearby section of railroad and strolled over to the house at quitting time to inquire about the Rivi; he wanted to know if it was for sale. After some negotiating, the Riviera was brought home, but the passion and the time to maintain the classic beauty wasn’t there for Larry’s father, who spent every waking moment providing for his family and working. Eventually, sour economic times fell on the Benavidez family, forcing Larry’s father to sell his prized Buick to his own father, Lorenzo. At least this way, he thought, the car could still remain within the family. Lorenzo and his wife only drove the Buick on Sundays, and Larry can remember watching his grandfather and grandmother enjoying this amazing weekend cruiser.

In the mid-90s while Larry was in high school, his grades began to slip and his motivation for school began to deteriorate. As his grandfather had always played an integral role in his life, his father and grandfather put together a plan; the plan was to give the Riviera to Larry in exchange for a rejuvenated interest in his school work and to keep him out of trouble. This plan couldn’t have been more perfect for the wayward Larry, and it was all he needed to motivate him to excel. At sixteen, he began using the Buick as his daily driver to and from school. He added some wire wheels and fixed up the stereo to fit his needs, vowing one day to put his all into the classic Buick.

Larry graduated high school with just under a 3.0 grade average in 1996. Pursuing other avenues of work, he moved to Phoenix, Arizona to stay with his cousin, Jerry Garcia, who happened to be a car show judge. It was there that Larry began seeing how to build cars and learned what makes them turn heads at shows, and that Lowrider knowledge proved to be all he needed in going forward with the Buick. In 1997, he moved back to Wyoming to raise a family with his wife, Leah. He was offered a job in Denver, Colorado and after becoming a licensed plumber; Larry relocated to the area and bought his first house with plenty of garage space for his Buick!

Now with a secure home, it was time to get down to business and take the Riviera to the next level. He brought the Buick to Dean’s Custom Kandy to add a vinyl top and a solid Orange paint. Seeing the Buick’s new exterior certainly got the ball rolling for Larry and he pressed on with the build. He enlisted Mark, at All American Auto in Longmont, Colorado, for a complete overhaul of the motor using the original 455-c.i.d. with Denver Bumper handling all the chrome plating. Larry decided the new paint job needed to go even further, so he brought the Buick to friends Tomas and Alberto at Quiroz’s Auto Body. The entire body was removed for the undercarriage paint and the brothers blended a unique blend of House of Kolor Kandy Tangerine over a Gold and Silver base. Master artist Rob Vanderslice came in from New Mexico and laid down the never-ending patterns, using Riviera symbols that have a holographic feel in the sunlight.

When it came time to change the stance of the Buick, Larry had his friend, Bernie, add a full custom two-pump CCE hydraulic setup that is almost completely hidden to the eye. At the touch of the switch, the heavy frame raises to driving height. John Reed from Thornton, Colorado was brought in to add his custom touch to the sound system. A Pioneer Premier head unit was installed and Boston Acoustic speakers were run throughout the cabin using floating Kenwood amplifiers. An illuminated plexi-glass box was built in the trunk holding the three Boston Acoustic 8-inch subwoofers.

Larry needed the custom feel inside his classic Buick, so he brought the Riviera to Rex at S&amp;S Upholstery in Longmont, Colorado. The entire cabin was removed and replaced with tuck-and-roll white vinyl throughout. The side windows were removed and sealed shut to avoid any rattling. In addition, the rear deck was elevated to sit flush against the back seat for a better visual appeal. A set of 96-spoke Zenith twisted spokes custom painted to match added a uniform look to the Buick.

This car and Larry are a testament to what our culture is really all about; the Riviera served as a tool to better Larry’s life, and he used his experience in building the car to build a better life for his family. Now the owner of his own plumbing company in Denver, Colorado called Colorado Heating Cooling, Larry credits his grandfather for believing in him. In 2008, Larry’s grandfather passed away, but his belief and love in Larry will forever live in Furious R.I.V. “I wish to thank God, my grandparents, my dad, Society C.C. for giving me the ambition to build, and everyone that helped me complete this long running project,” he says. “I’d especially like to thank my beautiful wife and kids Serena, Noah, and Roman, and also send a big thank you to Andy Gochov and the Denver Broncos staff at Invesco Field.” This Buick Riviera is a true story of success.

Paint: Tomas and Alberto at Quiroz’s Auto Body sprayed the undercarriage and frame with a House of Kolor Kandy Tangerine on top of a gold and silver base. Patterns on the Rivi come courtesy of Rob Vanderslice, of New Mexico, who blessed the body with patterns in the shape of Riviera symbols which become almost three dimensional in the sunlight and run from hood to trunk on the Buick.

Interior: Rex at S&amp;S Upholstery in Longmont, Colorado handled interior duties on the Rivi. He removed the entire cabin and spread tuck-and-roll vinyl throughout the cabin, and also elevated the rear deck to give the back seat a more unique aesthetic. In addition, Rex also removed and sealed the side windows to prevent any unwanted rattling.

Engine: The 1970 Buick boasts a 455 c.i.d. engine which was completely overhauled by Mark, at All American Auto in Longmont, Colorado. Chrome plating duties were given to the legendary Denver Bumper, and their crack staff handled these duties masterfully.

Suspension: The Rivi has a full custom two-pump CCE hydraulic setup, which was installed by Larry’s good friend Bernie. Bernie went the extra mile to make the set-up as inconspicuous as possible with a hidden style build.