Newsletter
Sign Up today for our FREE Newsletter and get the latest articles and news delivered right to your inbox.
Home » 1970 Chevrolet Impala Convertible – Panty Dropper 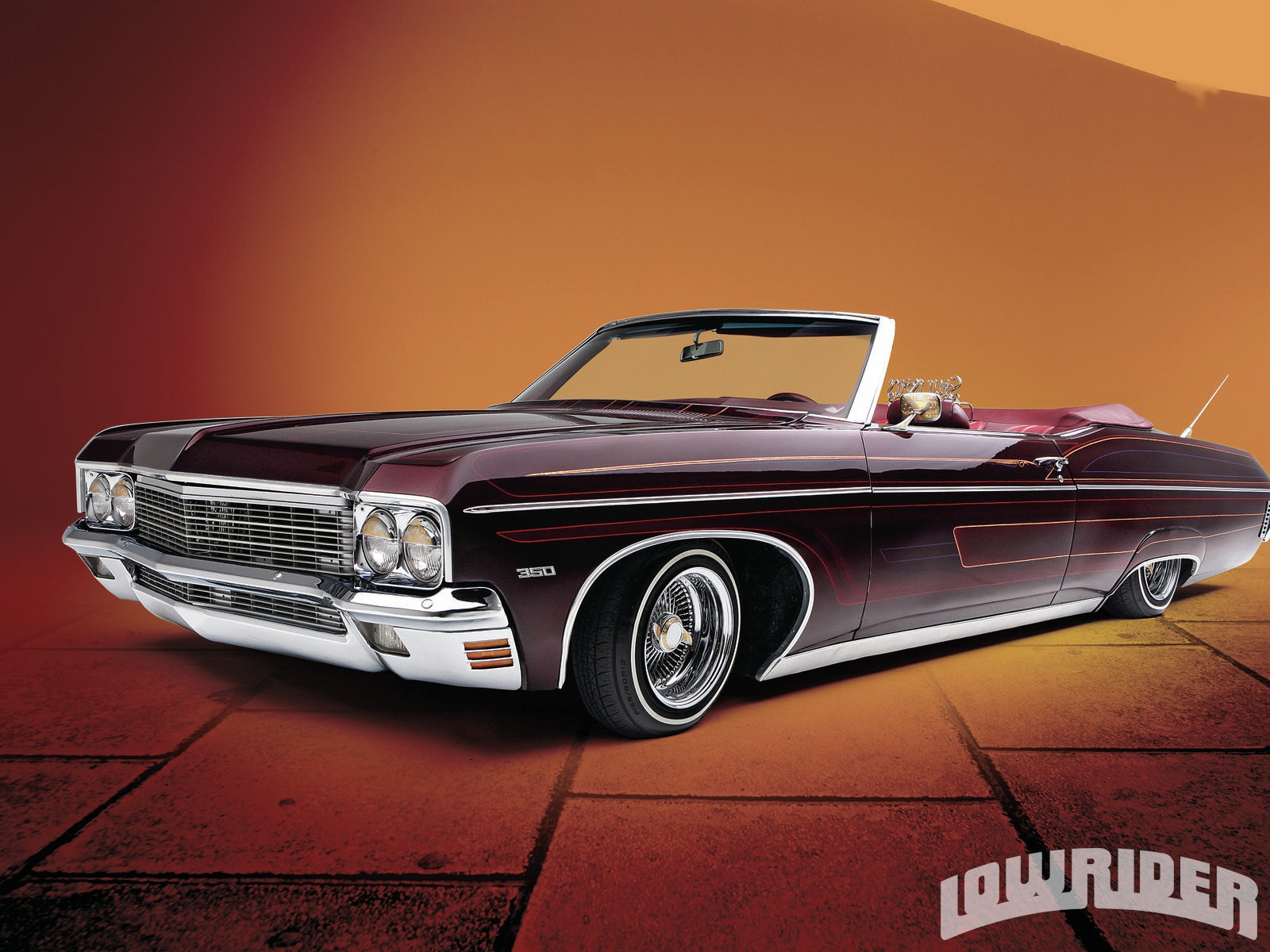 The best way to become an amazing car builder is to absorb the process firsthand at a young age. Ernie Armijo of Norwalk, CA., is a great example of this, as his formidable teenage years were spent in the garage watching his father, Joe Armijo craft his own dream cars. His father’s influence was significant in his life as a youngster, and Ernie remembers it fondly. “At that time, my dad was in the process of restoring his ’41 Chevy,” explains Ernie, who soaked in the tutorials like a sponge. The wide-eyed look on his son’s face was certainly not lost on Joe, who was happy to further his son’s growing interest by purchasing him a 1953 Bel Air. “I remember being so excited to work on the car, and I couldn’t wait until it was done,” recalls Ernie. The car was a success, and not just because he liked his build, but because it forever indoctrinated him into the Lowrider lifestyle.

In 1987, Ernie became one of the five original founders of the Stylistics car club. The club hit tough times in ‘93 but Ernie maintained his dedication, attending any shows he could and representing the Stylistics’ name. Things eventually went from bad to worse for the club, and at one point at the start of the 21st century, they found themselves down to just three members. “People started calling us ‘the three-car car club,’” says Ernie with a laugh. He can laugh about it now because the club would soon be destined for better days. Once the Stylistics Los Angeles chapter became the mother chapter, the club flourished, growing tremendously within a very short time. Currently, the Stylistics have chapters in Los Angeles, San Diego, Florida, Inland Empire, Arizona, Baltimore and Japan.

Obviously Ernie’s Lowrider credentials are solid, and he puts his all into every build, including the 1970 you see before you. Ernie purchased the ’70 Impala from his older brother, Joey, who had planned on turning the ’70 into a hot rod. “He had the rally rims and the big exhaust,” says Ernie. Unfortunately, his brother Joey was forced to sell the car because he became ill. Still, he wanted to keep the car in the family. “That’s when my dad and I bought it off him,” Ernie proudly states. Feeling the obligation to turn his brother’s car into something the whole family could be proud of, Ernie wasted no time in tearing the car apart with his father. The duo kicked off the restoration by pulling the car’s engine out and replacing the floors with new metal. Ernie added a chrome intake, valve covers and an alternator to the 350, bringing the motor to life and adding some class under the hood. Paint duties went to Sam at SPS Auto Body out in Long Beach and Danny D of Baldwin Park, respectively. Sam sprayed the Chevy with a beautiful Burgundy color, adding candy and flake techniques, while Danny D. backed it all up with some exquisite line work. The interior was brought to life thanks to the supervision of Joe out at California Upholstery in Bell Gardens, CA., who worked his magic by stitching together different shades of brandy and burgundy, turning this amazing auto into fine wine. A two-pump, six-battery set up provided by Rick of Low Life Hydraulics based out of Inglewood gave the Chevy its bounce, and Ernie himself finished off the build by installing a booming sound system.

The exhausting process took several years to complete, and Ernie is satisfied with the car’s overall presence, which is the crucial purpose of any quality build. “It took a lot of work, but I wouldn’t do anything different to it,” says Ernie with a smile. While he is satisfied, like many builds, Ernie’s not quite done with this one just yet. “My future plans for the car are to add more patterns, paint the frame a different color, and chrome the undercarriage,” he says with fervor.

Ernie still owns the ’53 that his father, Joe, gave him many years ago and they are both still active Stylistics club members. Between them, they hold the keys to multiple cars, including a ’41 Chevy, ’37 Buick, ’53 Bel Air, a truck, and this stunning 1970 Impala Convertible.

Ernie would like to thank his parents, Joe and Susie Armijo, for their support, and he acknowledges the role his father has played in his life and Lowriding career. “My dad helped me build everything I have,” says Ernie with great pride. “I also want to thank one of my partners from the club, Green Eyes, for his help.” Additionally, he extends his gratitude to the rest of his Stylistics car club members for their constant support and for being like a family to him after all these years.

Engine: Ernie took matters in his own hands by adding a chrome intake, valve covers, and an alternator to the rebuilt 350 engine.

Body/Paint: Sam at SPS Auto Body in Long Beach, CA., sprayed the ’70 with a gorgeous Burgundy color, upgraded with candies and flake. Danny D. of Baldwin Park stepped in to add some fine lines to the convertible as well.

Interior: Joe at California Upholstery in Bell Gardens, CA., stitched together the different shades of Brandy and Burgundy, completing the elegant look of this immaculate Chevy.

Setup: Rick at Low Life Hydraulics in Inglewood, CA., installed the two-pump and six-battery setup in the trunk.

Sound System: Ernie took it upon himself to install the sound system, giving this big body Chevy a sound system to match.