Newsletter
Sign Up today for our FREE Newsletter and get the latest articles and news delivered right to your inbox.
Home » 1965 Chevrolet Impala – My Bag Of Tricks 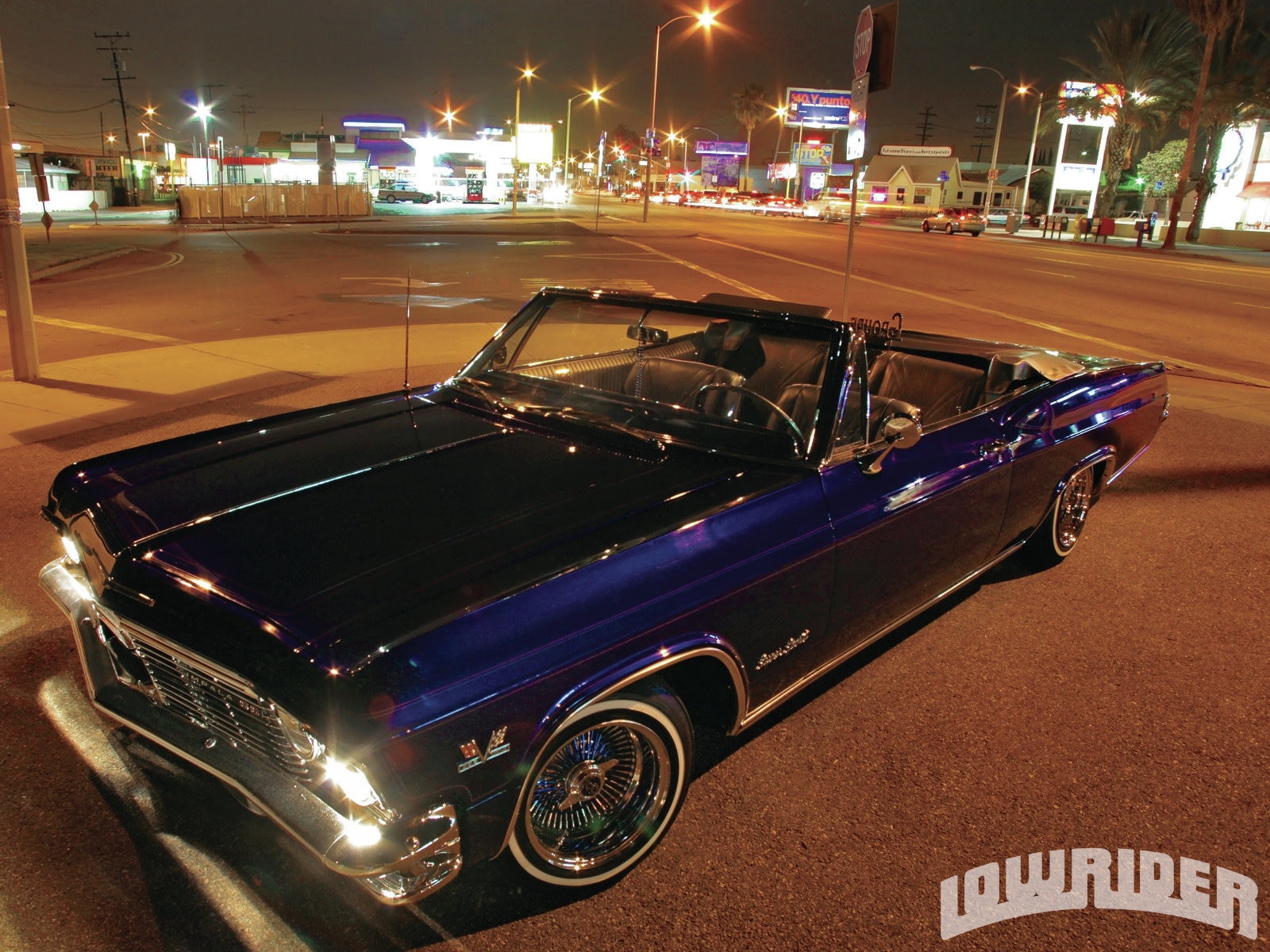 Check out this beauty of a ragtop owned by Danny Soto, who hails from East Los Angeles, California. Danny, who’s been a member of the Groupe Car Club (Los Angeles) for more than 30 years, has seen his share of rides, car shows, and cruises. We figured why not ride along and shoot down one of the most famous cruising streets in the world, Whittier Boulevard; specifically, the area between Eastern and Garfield Avenue.

Danny’s history with “The Groupe” goes back to the early 1970’s, when he was attending grade school with the late Joey Abeyta, a buddy who would later become one of Groupe’s club presidents.

Being the owner of several 1965 Chevy Impala cars, Danny found this latest ride literally down the street from his casa. He actually bought it from his son’s buddy, who wasn’t ready to have such a classic ride for a daily driver. “Back then it was a silver-blue color with a black top, and it had original wheels, with the stock hubcaps. Even the radio still worked,” said Danny.

The car was so clean that Danny opted to re-plate all the chrome and any stainless that had seen better days, so he had his partner Danny Boy take care of that while the car was at the painters. The car also sports new wiring harnesses from CARS Inc., while Blasting Specialties & Coating in the city of Commerce powder-coated the fender-wells, hood hinges, seat brackets, spring kit, and motor brackets.

Since he already owned a Candy Red hard top, Danny chose to go blue, but darker than the factory color. The all-blue theme carries over to the Mike Perez blue interior and custom top, which is made out of BMW material. During the process, he was looking to create something classier than the average “ragtop.” The cage of the top is powder coated and the latches have been chromed.

On the mechanical end, Danny needed a driver, as he loves to cruise around and reminisce about the old days. Since he first fell in love with the way it drove, Danny refurbished the engine, tranny, and cooling system to make sure his baby would be able to run tip-top to any show, event, or cruise night. That meant having Soto’s Radiator in East LA re-core the radiator.

As for his current project, how does a Candy Cobalt Blue ’64 Impala with fade-away panels sound to you? Hey Danny, when all is said and done, let us know when your schedule opens up so we can check out this six-four!