Newsletter
Sign Up today for our FREE Newsletter and get the latest articles and news delivered right to your inbox.
Home » 1971 Chevrolet Monte Carlo – Deep Pockets 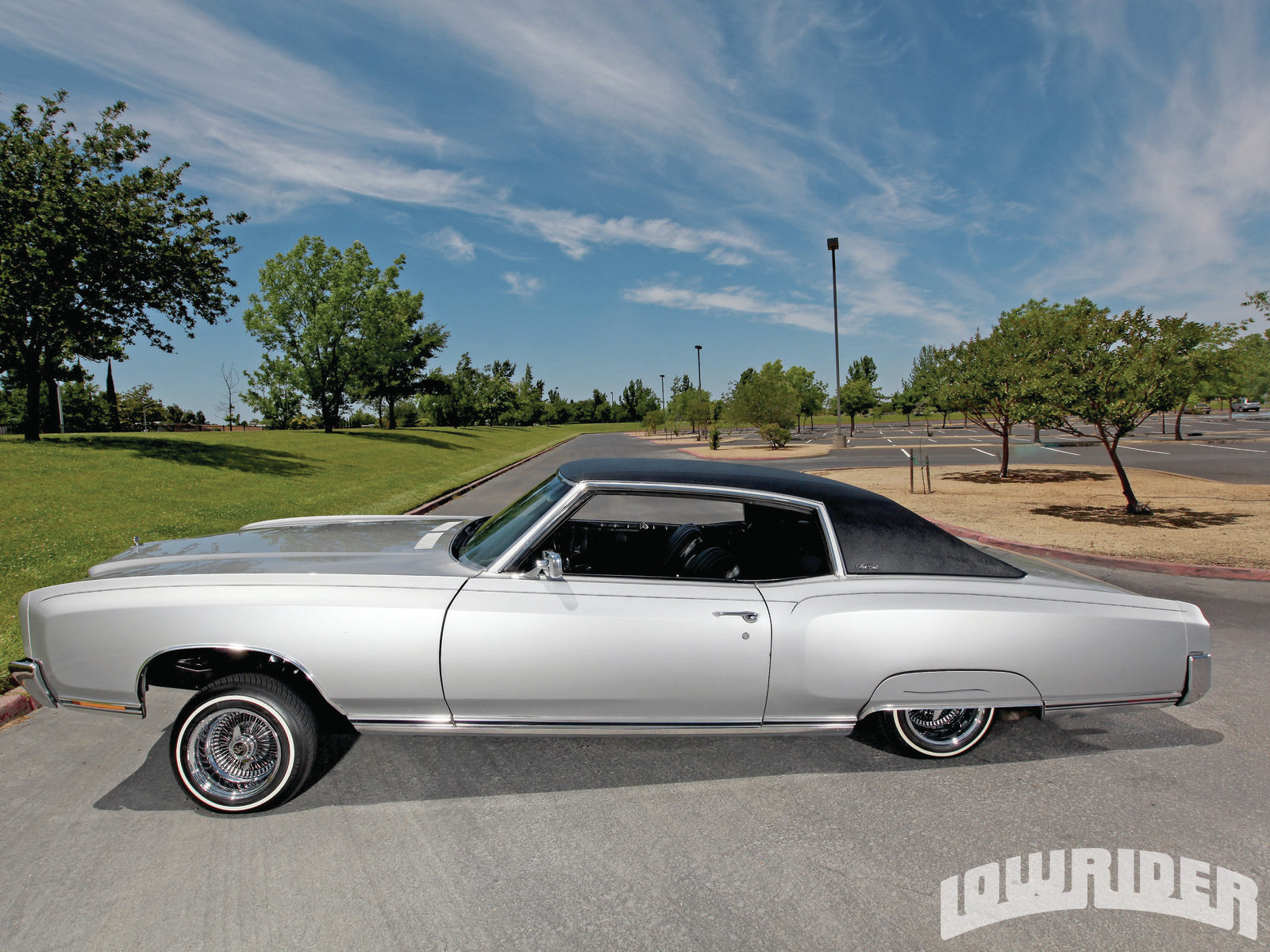 Mike Rendon of Woodland, CA., used to always see Lowrider cars in movies when he was a kid. At that age, there was just something about those cars that really captivated him. Patiently he dreamed of one day owning one as he made his way through adolescence and school, hoping that one day he’d be a key holder. Mike started working when he turned 17 years old, and it paid off. Having a job and steady money gave Mike the chance he wanted, as he saved up and finally bought his first Lowrider car.

Since the purchase of the Monte Carlo, Mike has experienced countless memories with the car. “One of the best memories with the Monte is when I was able to bring my daughter home for the first time in it,” recalls Mike. Picnics, barbeques and cruises are regular activities for this pristine Monte. The car is even the chosen vehicle for Mike and his family to take day trips up to San Francisco. “Every time that there is nice weather out, the car is on the move,” explains Mike with a smile. “I just like to go cruising in it.”

Mike has now owned the car for nine years and enjoys bringing the car out to just spend a day with his family. Mike would like to thank Robby, Oscar, Gabe, and Lisette for welcoming him into the Socios Car Club family. He also extends a special thanks to his wife Ana and the kids. “If it wasn’t for my wife, I wouldn’t have the car,” says Mike.

Engine: Mike decided to leave his 350 engine as is, with the OG look.

Body/Paint: Having a Silver and Black color scheme, Mike decided to bring in Peewee to add the finishing touch with his pinstripping skills.

Interior: Steve Marquez and Mike Rendon stitched up the tuck and roll interior.

Setup: Robby Stouder from Street Lethal Customz installed the Air Bag setup in the trunk of the MC.

Sound System: Mike used the Pioneer head unit to control the JL Audio sub-woofers, mids, and tweeters. A PPI amp is used to push power through the JL’s.