Newsletter
Sign Up today for our FREE Newsletter and get the latest articles and news delivered right to your inbox.
Home » 1979 Oldsmobile Cutlass Supreme – Suspicious Mindz 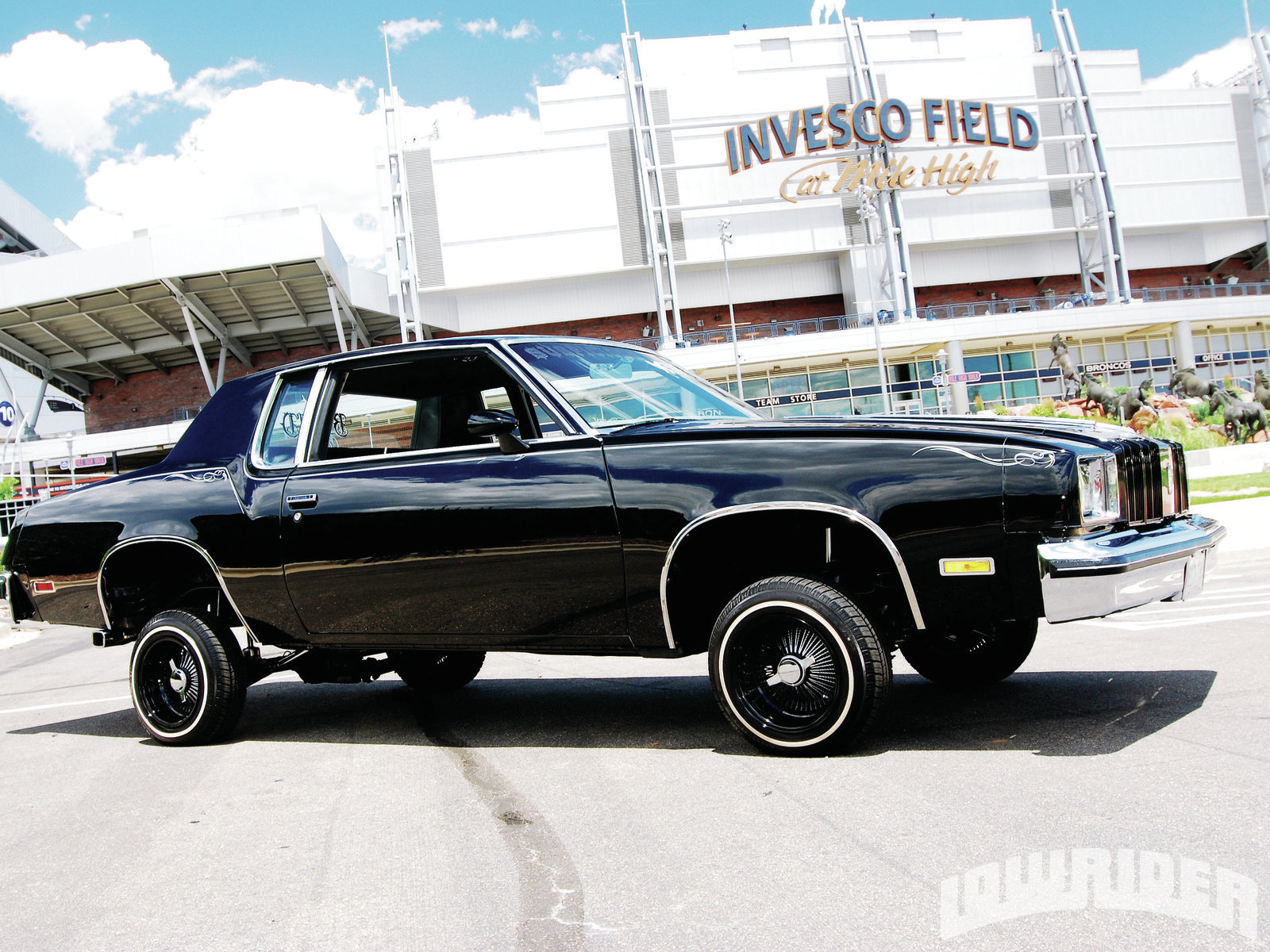 Many young lowrider enthusiasts start out with a specific event that propels them into full custom vehicles. For 36-year-old Jayson Reyes, of Arvada, Colorado, his car love affair started a long time ago at a very young age. I remember getting a model car at 6 years old, and discovering all the different custom things I could do to it, Jayson recalls. The competitive side of Jayson began to emerge. He became so efficient in building model cars that his builds were featured twice in LRM Bicycle.

His next stop in customization was a venture into the Euro scene, when he purchased a Honda that he nicknamed Blubonic Chronic. The car was a contender for the Euro Sweepstakes. He brought the Honda to a custom shop with the hope of taking it to the next level when tragedy struck. The shop had taken his money, ripped up the Honda, and closed its doors. The unfortunate event left Jayson with a shell of car that he unloaded for a measly $150. For the next two years, he was dejected until he saw an advertisement for a ’79 Oldsmobile Cutlass. He drove two hours to purchase the new project.

The Cutlass started out as a daily driver through the Colorado snow and rain until Jayson regained his itch for customizing. He decided to tear the car down and start building a car that would soon become Suspicious Mindz. His wife, Gina, worked her magic on the computer, designing the custom mural. The Cutlass was brought to Ballz Custom Paint in Greeley, Colorado, where Jenstar solid Black was coated on the Oldsmobile. White pinstripe was painted on every corner, while Luis and Joey from Boulevard Bullyz, came in to paint the custom graphics on the roof. Jayson brought the Cutlass down to Colorado Springs where Tom Stack added the mural that was created by Jayson’s wife.

Jayson’s friend, Mike Cordova from Denver, got his hands dirty installing a two-pump, four-dump Showtime hydraulic setup to rest the G-body down low when parked, while giving it the option for a high clearance to avoid the Rocky Mountain snowfall. Mike then set his sights on the stereo, adding a Panasonic head unit with Pioneer components and Power Bass subwoofers that give enough bump to be heard from blocks away. Jayson brought Suspicious Mindz to Seat Treat in Denver, where Jon added fresh upholstery. The dashboard was wrapped in tweed, as well as the seats, headliner, and trunk panels. The final step was adding 100-spoke painted and twisted 13-inch wire wheels.

A passion that started at six years old and was once derailed by dishonest people has now come full circle with a true custom Cutlass that Jason can proudly drive on a daily basis and take to shows. I couldn’t have done any of this without the loving support from my wife, Gina, and my daughter, Jaycie. It took every bit of their encouragement and support to bring Jayson’s spirits back up and make Suspicious Mindz a proud and unique daily driver. n

Engine/Drivetrain: The V-8 350 cid was rebuilt and chrome accents were added for show purposes.

Paint/Body: Antelmo Hernandez at Ballz Custom Paint in Greeley, Colorado sprayed Jenstar Black throughout the body and added custom pinstriping. Tom Stack of Colorado Springs added the custom mural that was created by Jayson’s wife. Luis and Joey from Boulevard Bullyz added the graphics on the roof. Chrome moldings were added, replacing the stock rubber pieces.