Newsletter
Sign Up today for our FREE Newsletter and get the latest articles and news delivered right to your inbox.
Home » 1939 Chevrolet Master Deluxe – My Cloud 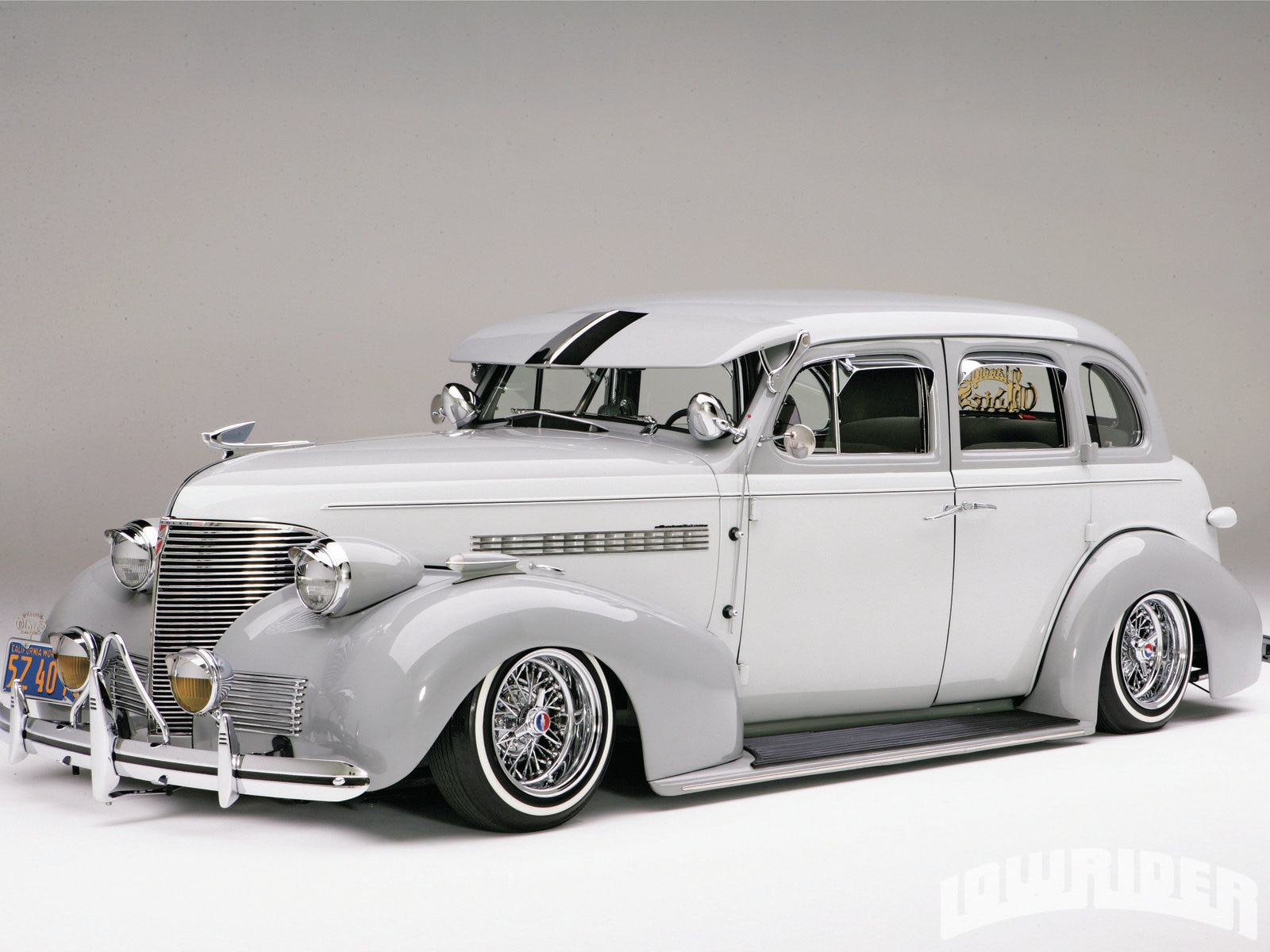 Surrounded by automobiles since birth, Robert Baltierra of La Habra, CA., has long been involved in car culture. His father, Tony, had a ’39 which influenced Robert to become a big fan of Bombs. After selling his first custom, a 1950 Chevy to Japan, Robert knew that the money from that deal was the perfect seed money for his current project; the highly-coveted ’39 Master Deluxe.

This car has some sentimental value to Robert, as this car became a project that he and his family all took part in. As soon as Robert bought the car from his friend, he tore the car down. With the help of Robert’s brother, father, and friend Joe, the car was taken apart and left ready to be painted. Robert and his brother, Anthony, completed all of the bodywork in the garage. After countless hours of body work, and some coaching from friends George Cuellar and Ed Vasquez, the car was ready for paint. That’s when the brothers tag-teamed the spraying of the Sherwin Williams two-tone, two-stage paint job.

Nailing the perfect paintjob was just the beginning of the build, as the car was then color-sanded and assembled. Robert mounted all of the chrome that was added by Chrome Nickel of Lynwood, CA. The garage looked like a classic assembly line as they moved from section to section on the build. Once the exterior was assembled, Robert moved onto the suspension with the help of his two friends, Rick and Justin. Together, the three installed and wired the airbag system. In order to make sure the car laid out properly, Robert C-notched the rear of the vehicle and added two-inch drop spindles to the front. With the shocks and airbags in place, the car rode smoothly and better than it did in stock condition, as the 70-plus year old suspension was modernized with a newer suspension.

The engine was replaced with a 1954 Chevrolet 235, which was connected to a Saginaw four-speed transmission and G-body third member. In order to make sure the engine had enough room to breathe, Robert split the manifolds and chromed out the straight six cylinder engine. Once the car was wired, Robert had his buddy, Joel Desalvo, install the audio in the bomb. The only thing that was sent out to be finished was the interior, which was done by J&G upholstery in La Puente, CA. The shop reupholstered the seats in the original design and pattern.

The six-year project started off as most in Southern California do with several trips to the Pomona Automotive Swap Meet. Through these visits, Robert was able to find some of the options and parts that he desired. These parts included the GM fan, OG license plates, the classic Fulton visor and the view finder. The end result is what you see here today; one classic Lowrider and a promise to his daughter, Alexis, to mention her once the car made the magazine. Promise and dream completed, now it was time for Robert to move onto the next project, as he tries to build another ride for his Classic Oldies Car Club.