Newsletter
Sign Up today for our FREE Newsletter and get the latest articles and news delivered right to your inbox.
Home » 1984 Cadillac Coupe DeVille – Flaked Out 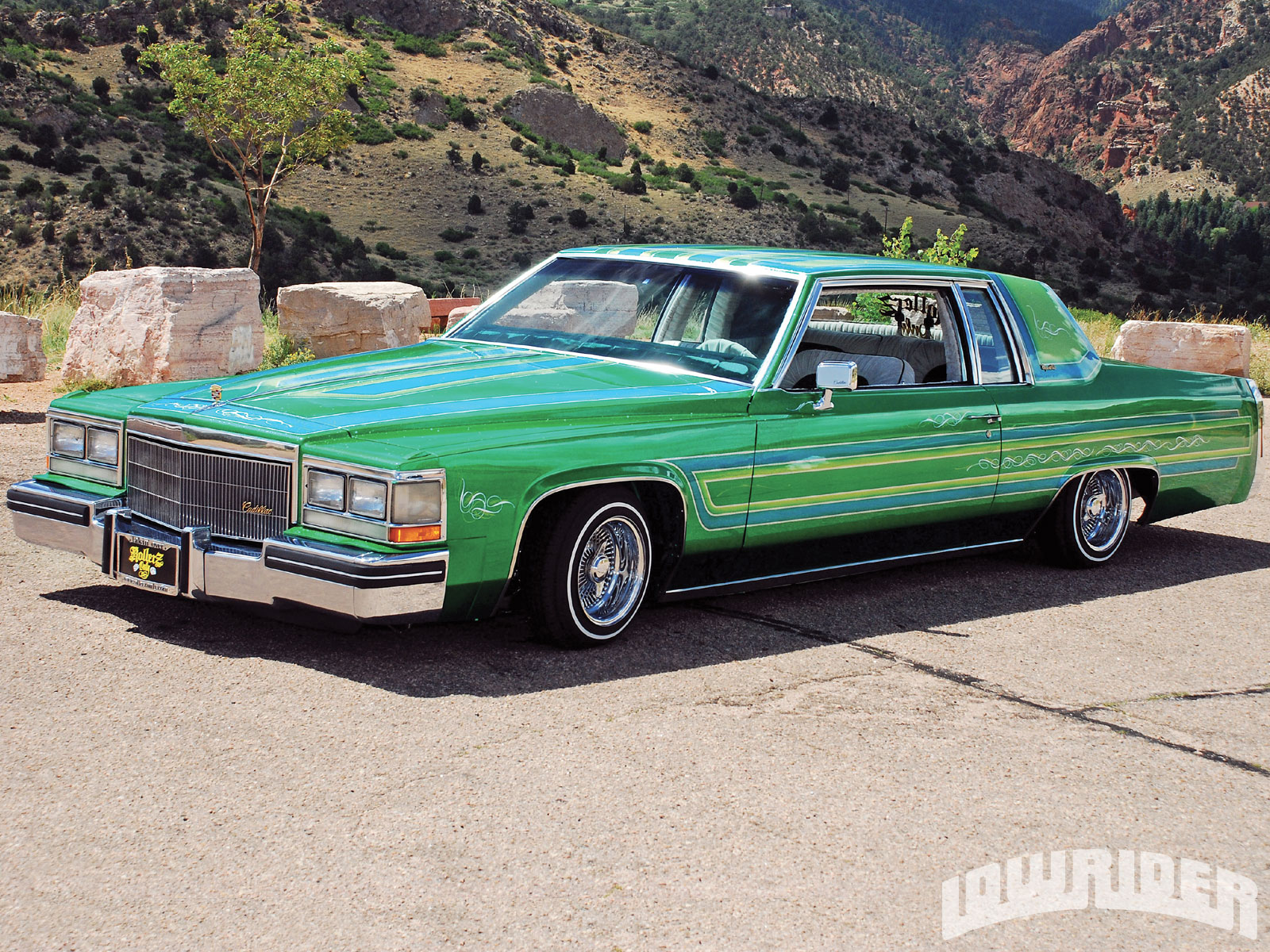 Some say “if you love something, set it free; if it’s meant to be it will come back. For thirty-one year old Pueblo, Colorado native Cipie Romero, his approach is quite the opposite. In fact, his motto is more along the lines of “if it doesn’t come back, go and get it.” His theory stems from the time when a fellow club member built a clean, custom ’84 Cadillac Coup De Ville. Cipie instantly fell in love with the body style, but was shocked to learn that the owner had decided to sell the Caddy and move onto a different project. As a body shop manager of Solano Paint & Body in Pueblo, Cipie knew that if there was a way to somehow get the Coup back, he could personally transform it to a car show top winner.

After months of negotiations, the Caddy’s new owner decided to trade the car in for the price of a complete paint job. Cipie agreed and was elated as soon as he became the owner. Within the next six months, the Caddy was brought into the shop where Cipie removed the previous suspension and added a two-pump, four-dump Showtime setup. The next step was Cipie’s forte; a complete frame-off paintjob. Cipie masterfully weaved a coating of House of Kolor Kandy Organic Green with a mixture of Kandy Teal, and then added a custom mix of Lime Green and Silver over a silver metal flake basecoat. His friend, Pedro, was brought in for a full mural on the trunk, while Chuckie, from Colorado Springs, added intense pinstriping work throughout the Caddy.

Cipie sent out everything he could remove in the engine bay and had all the parts chrome-plated by Alert Plating in Denver, Colorado. Raul’s Autoworks in Denver added a full custom interior, using green and white velour with buttons. Cipie added custom engraved 13-inch Masterpiece wheels purchased from his friend, Chuck, which fit the Coup perfectly. Taking a step back, Cipie couldn’t help but to smile as he had achieved the perfection he had envisioned the first time he saw this Caddy. After only six months, the car’s transformation was complete, and he was able to display his new project for the first time during the Denver Lowrider Show.

Cipie first learned about the Lowrider culture from his father; and with two young sons at home, he wants to show them how rewarding it can be. As a member of one of the most prestigious car clubs, Rollerz Only, he embodies the integrity and passion that makes “Flaked Out” a Caddy that won’t be forgotten. “I want to thank my lovely wife Niqua, my boys Angelo and Diego, all my brothers in the Southern Colorado chapter, Jerry from Denver, and the Solano family,” Cipie says with gratitude. “With all my friends and family behind me, I was able to maintain the level of excellence that my car club deserves.”

Engine/Drivetrain: The V8 4.1 liter engine was coated in high quality chrome. The plating was done by Alert Plating in Denver, Colorado.

Body/Paint: Cipie handled the painting personally at his shop, Solano Paint & Body where he coated the Caddy in rich layers of House of Kolor Kandy Organic Green over a solid silver metal flake basecoat. The Kandy Teal, custom mix of lime green and silver graphics were laid throughout the body. Pedro from Pueblo added a custom mural on the trunk, and Chuckie from Colorado Springs added the custom pinstripe work.

Setup: The two-pump, four-dump Showtime setup was added by Cipie using the lift of the 8-inch Showtime cylinders to the front and 10-inch cylinders to the rear. Four Interstate Workaholic batteries power the movement from the six-switch box in the front.