Newsletter
Sign Up today for our FREE Newsletter and get the latest articles and news delivered right to your inbox.
Home » 1964 Chevrolet Impala Convertible – Forever Riding 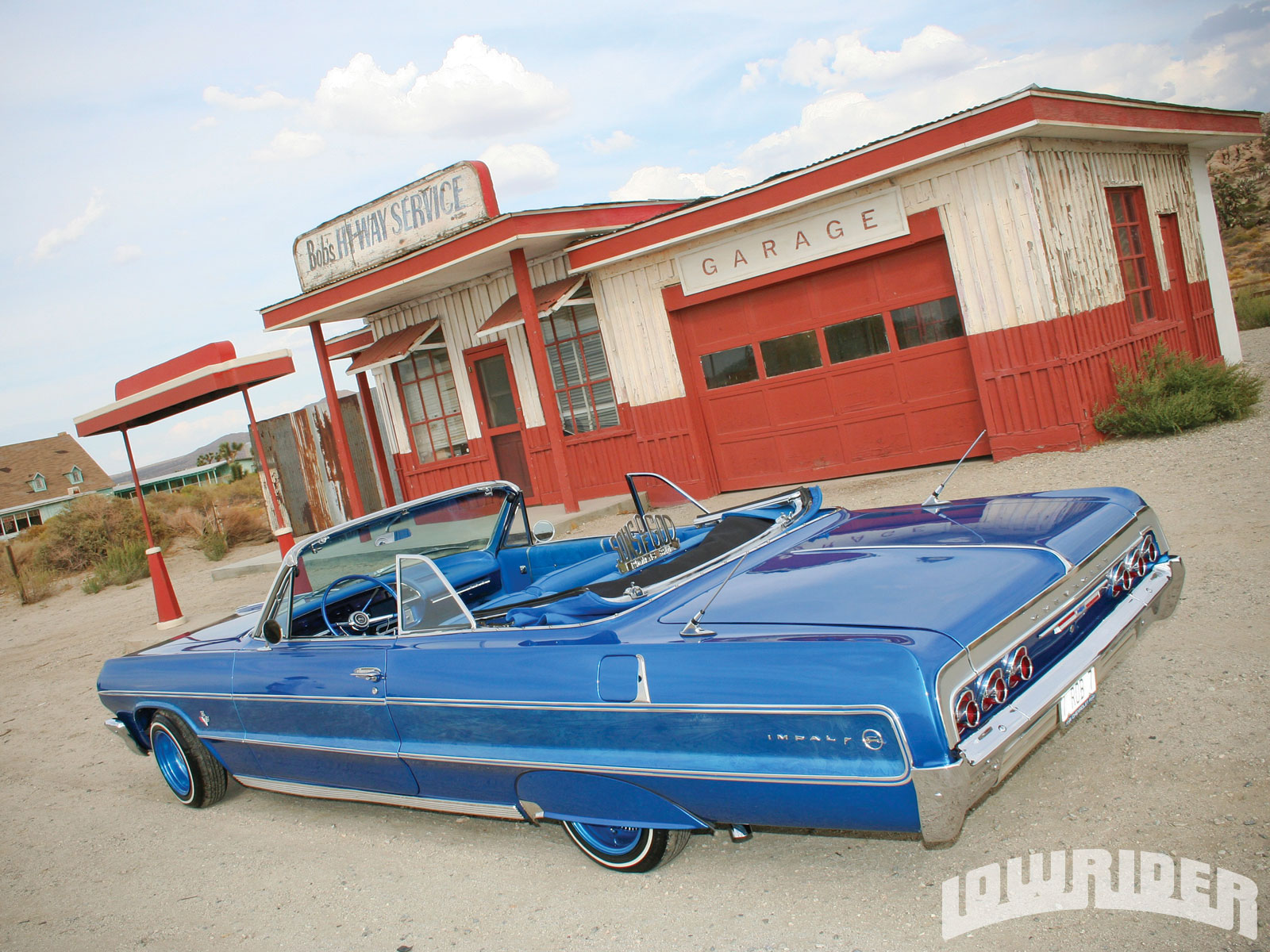 Few things in life can rival the loss of a loved one, and there is simply no easy answer or quick relief to the emptiness and sadness one can feel during that period of mourning. If the mind stalls due to inactivity, things may not get any better for the ones whom suffer the loss. For Robert and LaTanya Lett of Palmdale, California, the loss of their young son, Robert (also known as “Lil’ Robert” or “Young Rob”), definitely proved to be a tough time, but even in their darkest hour, they found a light by picking up the pieces and fulfilling their son’s dream.

Young Rob had always been an active kid, playing basketball since the age of 6. He went on to become the star player on his travelling basketball team, as well as on his high school varsity team. He also coached the school’s JV team and helped out with his sister’s travel team. Extra-curricular activities kept Rob close to the outdoors, as he enjoyed riding his quad in the desert and his jet ski on the water. When he was in the city, Young Rob began to work with the entertainment industry, playing parts as extras in movies, TV shows, and commercials. “Everyone always had great things to say about Lil’ Robert,” says LaTanya. “He was a wonderful kid who led an exciting life. He is greatly missed, but his wonderful spirit keeps us going.”

Robert Sr. and Jr. began a project together in 1996, purchasing a bare ’64 Impala convertible body. Young Rob had dreams of resurrecting this ride to something street-worthy one day. The pair worked on the ride until it had eventually reached a credible, street-level standard, but it wasn’t until 2006 when this father and son duo decided to really go all out; they began building the Impala into a show-worthy custom! Father and son agreed to take it to the next level on this major makeover, which they did by repainting the car, adding a new interior and new top, along with adding a booming sound system. With the project underway, both men fed off of each other motivation to get the project done.

Unfortunately, in mid-2008, just after Young Rob’s eighteenth birthday, his bright and unchartered future came to an abrupt end when he was senselessly murdered. The Impala’s remodel project was not yet completed and Robert Sr. found it very hard to work on the car, not only because of the lack of Lil’ Robert’s physical help, but just the lack of his son’s simple presence. Nonetheless, Robert and LaTanya knew they had to finish the job in memory of their son. They realized that completing this ride would be what their son would want.

Over the past year, Robert and LaTanya found the means to finish up the final stages of the ’64, and it can be firmly stated that this ride is beyond heavenly. Within just a few months of the car show season, the Royal Blue ragtop quickly went out and won three first place trophies! These proud parents say that they’re not even done yet, and that they plan on adding even more customizations, including a mural of Young Rob on the trunk.

Regardless of what future plans the Letts may have for their son’s six-four, there is no doubt that he will be forever riding right alongside them.

Engine: Tray Grey of Grey Boys in Los Angeles, California, was the man in charge of the engine build-up. A ’73 Chevy V8 400-c.i.d. and 700 R4 transmission received the makeover treatment before being armored in chrome and chrome-plated accessories. Oversized cam, air gap intake, and custom header work are just some of the modified specs on the power plant.

Body/Paint: Jay at Jay’s Customs in Lancaster, California, sprayed an eye-catching Royal Blue finish over the Impala’s exterior, and added a unique color-matched marble texture down the center of the body’s sides.

Interior: GG Interior was the chosen shop to handle the interior needs. The shop, located in Lancaster, kept things OG by reworking the interior in the original fashion but using custom Royal Blue leather with marble-style patterns in the seats’ centers.

Sound System: Robert Lett, himself, performed the audio and video installation out of his home garage. A Clarion CD/DVD head unit with a flip-up screen spearheads the entertainment, while the two Kenwood amplifiers power the sounds through two JBL tweeter speakers, two JBL mid-range speakers, and two 12-inch woofer speakers.

Setup: Big John over at How High Hydraulics in Lancaster, installed 8-inch cylinders up front and 10-inch cylinders in the back, before hooking those up to two chrome hydraulic pumps in the trunk. 3.5-ton springs cushion the ride at all four corners when any one of the four switches is hit. Eight deep-cycle batteries power the setup. To better handle the added stress of the hydraulic suspension, the X-frame was completely wrapped with reinforcements, while the A-arms were extended and molded. Most of the undercarriage was chrome plated by Ruben of Ruben’s Plating in Los Angeles, California.