Newsletter
Sign Up today for our FREE Newsletter and get the latest articles and news delivered right to your inbox.
Home » 1941 Chevrolet Bomb – El Feroz 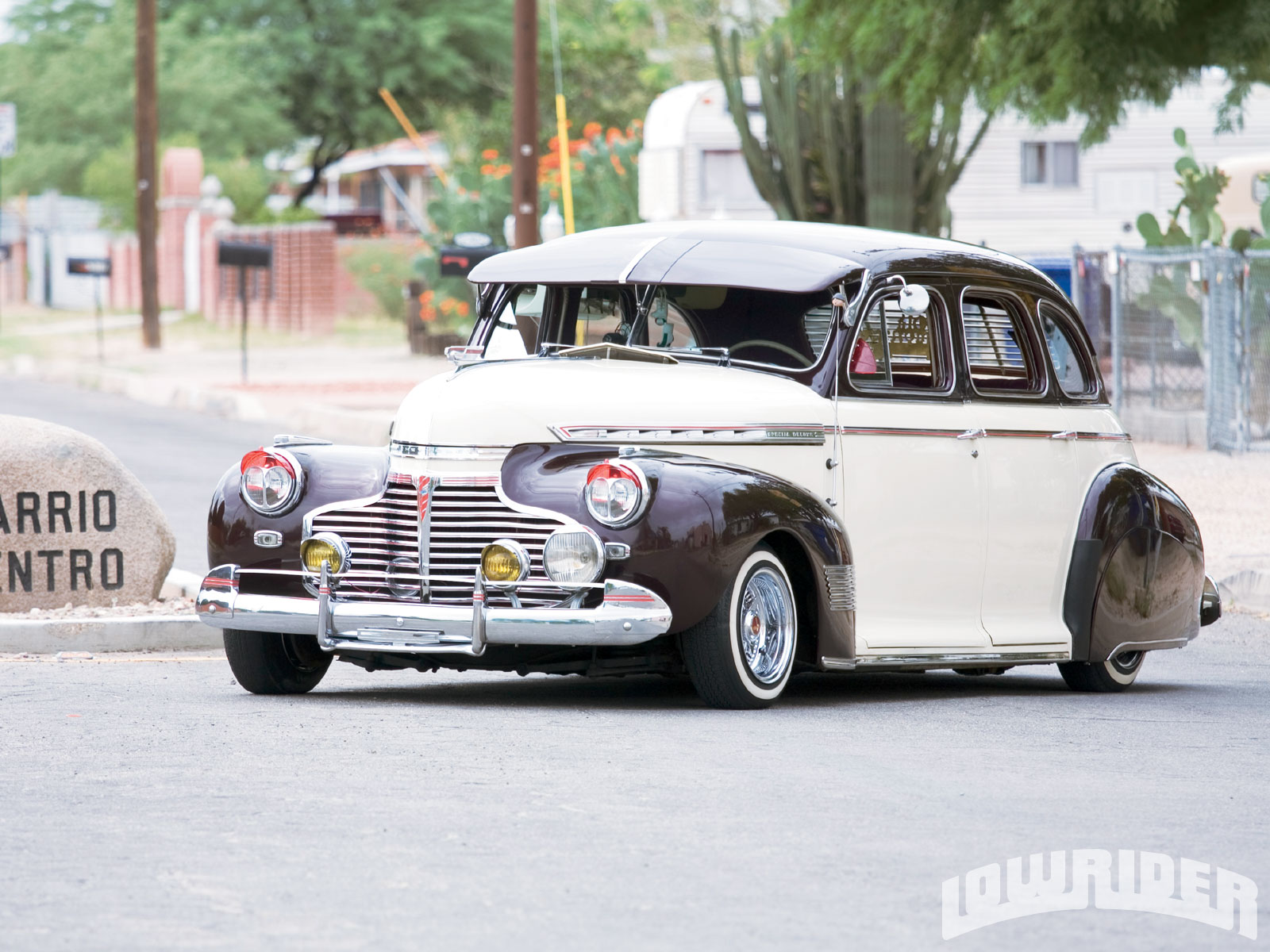 Like many boys growing up in Barrio Centro, a predominately Hispanic community at the south end of Tucson, AZ., Phillip Canales grew up playing sports at Bristol Park, where he would see his first glimpse of Lowriders. The initial Lowriders that caught his attention were the “Bombs;” the ’58 Impala and other American classics. He remembers seeing Manny Vasquez, now a fellow Old Memories Car Club member, in his 1950 Chevy Fastback and Anthony Madrid, cruising in his 1941 four-door. It was then that Phillip would first dream of one day owning a classic Bomb of his very own.

He finally got his chance at 16, as his parents, Manny Sr. and Socorro Canales, bought him his first car and made sure it was a Bomb. The car was a 1954 Chevy two-door. For the young boy, this car would only be the beginning of a lifelong love affair with Lowiding.

Three years after his first ownership experience, Phillip convinced his parents to help him buy a 1941 Chevy that his friend, William “Billy” Murphy, was selling. After handing over the check, he drove the ’41 home with a big smile on his face, as for such a young man that was still in college, he now had two nice bombs flying Old Memories plaques in his driveway. Like anyone with such treasures, he felt like he was on top of the world.

The interior and woodgrain on the ’41 “didn’t have to be touched,” as Phillip puts it, as the former owner had maintained it and kept it in immaculate shape. This was great for Phillip, as he could focus on adding as many accessories as possible.”I am an accessories freak!” Phillip says with a laugh. He added a flying lady, a window cooler, a NOS Fulton visor, skirts, a safety star, fog lights, a GM passing light, a Banjo steering wheel, a hat holder, a tissue dispenser, a pipe holder, rear window blinds, a flash light ,with holder, a spot light, a NOS clock, a view finder, a wolf whistle and last but not least, a bomb siren. All of these goodies were mostly purchased from the man who introduced him to Old Memories, Carlos “Carlito’s Way” Smith.

As for the rest of the build, Phillip began work with as much excitement as he had in finding the accessories. While the paint was being applied, Phillip had all the chrome taken to Ideal Plating in Tucson, AZ., where they repaired all the pits and dents on the chrome. When they were done, the ’41 Chevy shined like it had just left the showroom floor. Once all the hard stuff was taken care of, Rocque Perez, one of Phillip’s wife’s cousins and one of his best friends, installed an all Kicker Audio system throughout the car. The setup included 4-5 1/2’s, four-tweeters, two-12 inch woofers, a Pioneer woodgrain deck with a special old school box made by Nick Ibarra.

Phillip loves old cars and respects the Lowrider scene. He knows the dedication and sacrifice it takes to own and maintain rare classics. Phillip would like to give special thanks to everyone who helped with the building of El Feroz. He sends his thanks to the all guys from Old Memories C.C., Tucson chapter, and to his wife, Leslie, for putting up with the time it takes away from the family. He also wishes to thank Phillip Jr. and Savannah, for being patient when Daddy was out in the garage working on the car. Most of all, he would like to give thanks to his parents for understanding his love for old cars and continuing to stick by his side, especially his father Manny. Watching him be a great father and a great role model helped to inspire Phillip in his own life. “You are the one person I look up to the most in this world, love you, Dad!” Phillip says.