Newsletter
Sign Up today for our FREE Newsletter and get the latest articles and news delivered right to your inbox.
Home » 1938 Chevrolet Master Deluxe Coupe – Daddy’s Little Girl 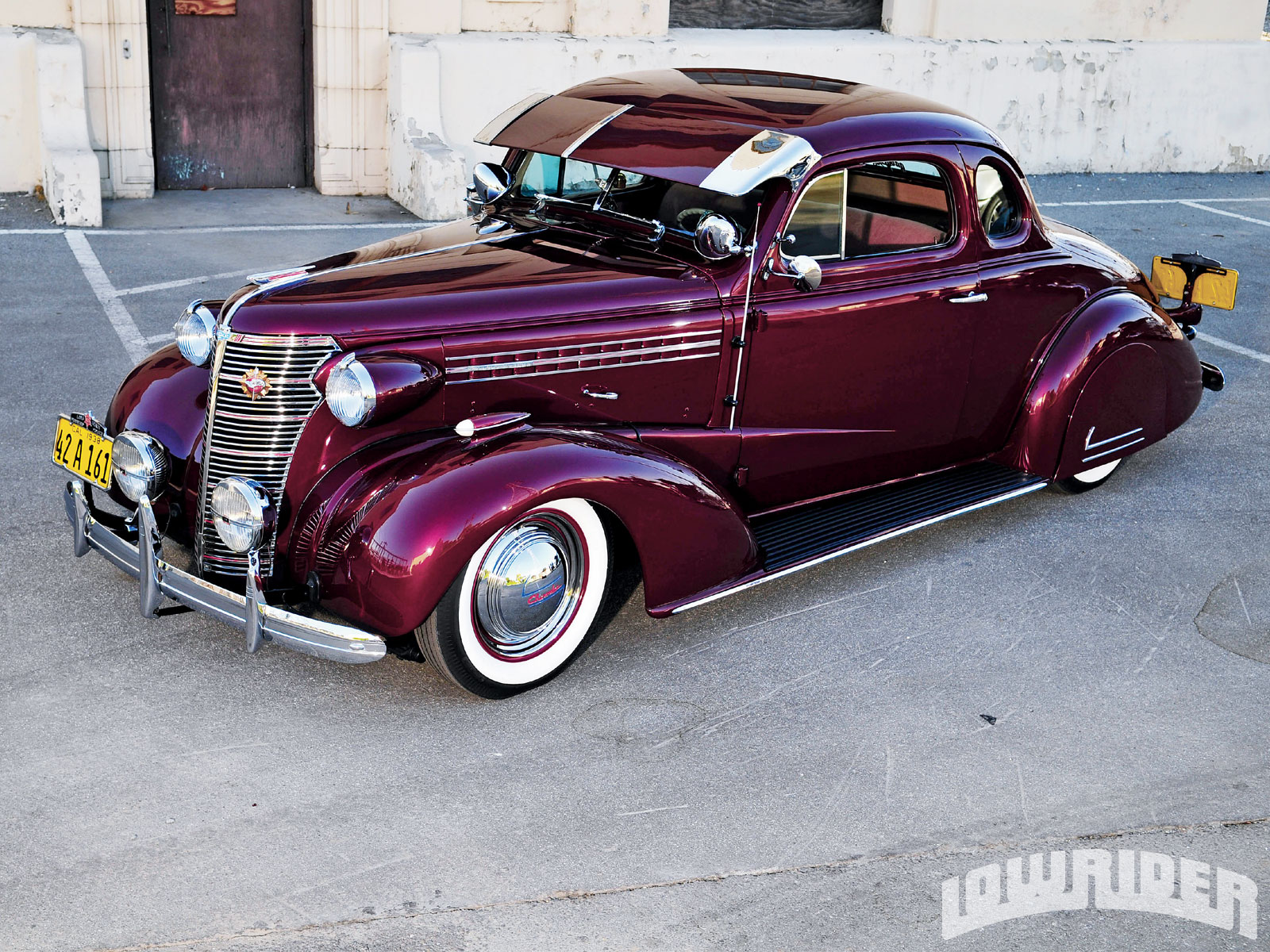 Cars not only have a monetary value to them, they have sentimental value as well. Car owners often hold onto cars more for the memories they’ve created while owning that particular vehicle, rather than the price the car commands on the open market. No matter how much money is offered, the owner cannot part with a car because the sentimental value it holds outweighs the monetary value. Huntington Beach, California’s Jim Ramsey owns this immaculate 1938 Chevy Fleetline Master Deluxe Coupe, which will always be in his possession for that very reason.

Jim originally found the Coupe in 1979 in Torrance, California while driving home. He saw the car parked across from the Torrance Police Department while driving down Torrance Boulevard. He made a U-turn, parked, and checked out the car. He called the seller, made an offer and soon after, the Chevy was his. Jim was restoring a 1954 Chevy truck at the time, so the tear down and restoration on the Fleetline was going to have to wait.

After 8 years, Jim and his friend tore the car down in the garage to start the restoration. It took a weekend to tear down the Coupe, but only three months to re-assemble it!

During the first years of his ownership, Jim was blessed with the birth of his daughter, Kristen. As with any father, Kristen instantly stole his heart and became “Daddy’s Little Girl.” As she got older, she was right there with Jim as he worked on the car and went for rides, or took it to car shows.

In the power plant department, the original 216 was rebuilt and restored to factory condition. Moving onto the interior, Jim added an Alpine audio system to the Coupe, but still kept the classic appearance of the interior by carefully placing the components out of view.

Over the years, Jim has acquired quite a bit of rare accessories for the Chevy. As you can see from the tech box, the list is long and many of the items are quite valuable. Some of the highly sought after parts include the Appleton Spot Lights, Compass, Banjo Steering Wheel, and 1930’s Long Beach Police License Plate Frames. Years later, Jim decided he wanted to lay the Coupe extra low, so he had Ponch “The Bag Man” install an air bag system. The Coupe now lays lower and rides even better!

Jim has been Lowriding for years, and back in 2000, he started a car club with some friends called “HB Gabachos.” The HB stands for Huntington Beach, and Gabachos translates to “White Guys.” Don’t let the name fool you, Jim and his friends can show off with the best of the best Chevy Bomb builders.

The Coupe has remained a work in progress ever since the day Jim drove it home. Many things have been changed or added to the Coupe, but the most valuable aspects of the car are the memories that Jim and Kristen have created over the years.

Kristen is now 24 years old, out of college, and busy with a life of her own. She does not have much time to cruise with Jim anymore, but she did take the time to pose with the Coupe for the photo shoot. The time spent at the photo shoot and the photos that were taken that day are now even more memories for Jim & Kirsten; as no matter how old she is, she will always be “Daddy’s Little Girl.”

Owner: Jim Ramsey
Club: HB Gabachos
Vehicle: 1938 Chevy Master Deluxe Coupe
City/State: Huntington Beach, CA
Paint: Jim restored the shine back to the paint in his own garage.
Interior: Mike Perez added the Mohair interior to match the wood grain and paint.
Suspension: Ponch, aka “The Bag Man” put in the air bag system to get the coupe on the ground.
Wheels: Chevrolet Hub Caps and stock rims were added and paint-matched.
Tires: Silvertown White Walls