Newsletter
Sign Up today for our FREE Newsletter and get the latest articles and news delivered right to your inbox.
Home » 1971 Ford Thunderbird – Home Grown 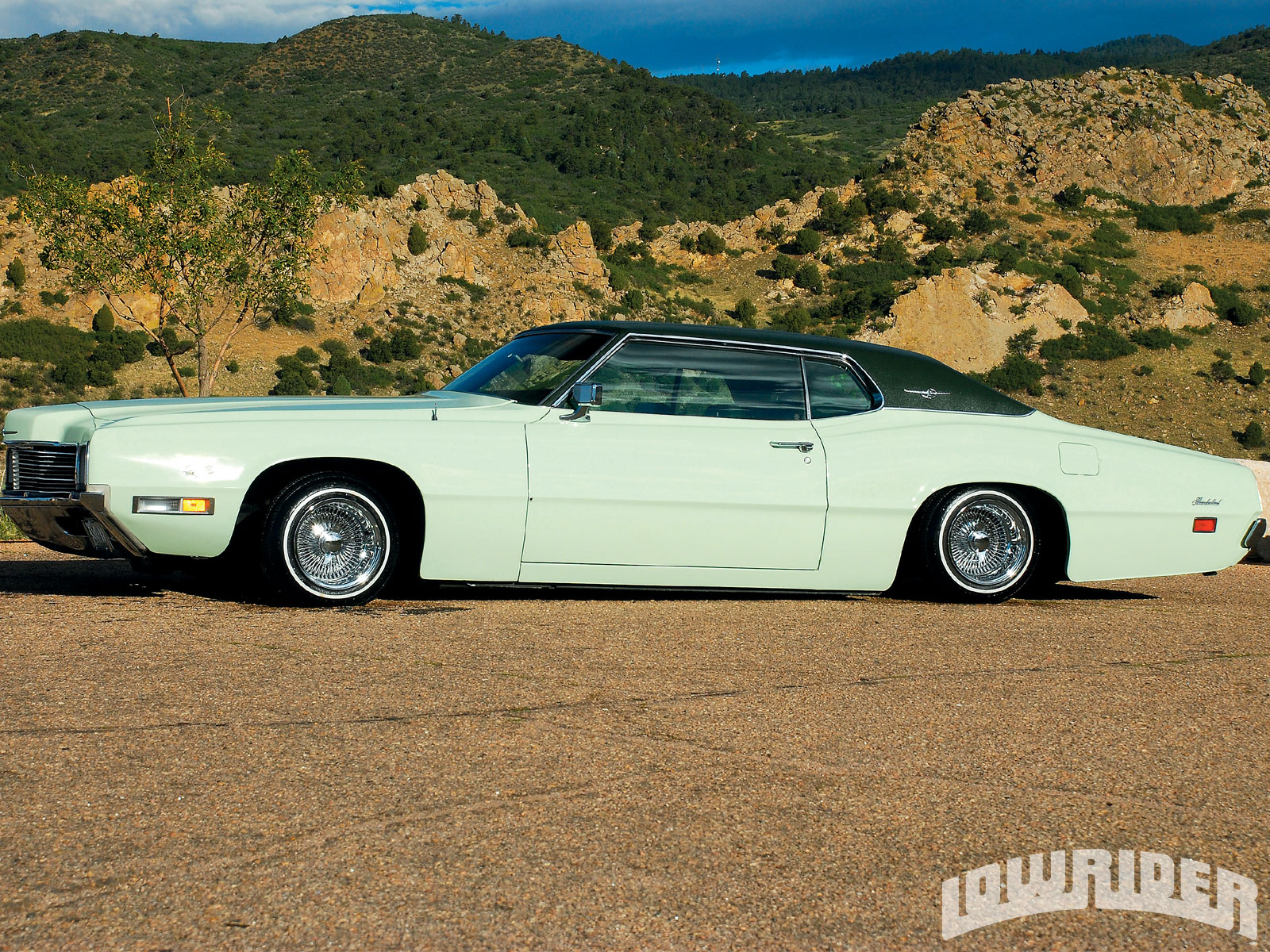 The Ford Thunderbird was introduced to the automotive market in 1955. It created the market niche that would be classified as the “personal luxury vehicle.” Based on a mythological creature, the Thunderbird began as a sporty two-seat convertible. Twenty-two year-old Michael Valdez loved the history of the Ford Thunderbird, and immediately jumped at the chance to purchase his prized ’71 Ford Thunderbird, which he appropriately nicknamed “Home Grown.” Born and raised in Denver, Colorado, Michael got started building custom cars with his father, Jerry. Starting with Tuners and progressing to Hot Rods, Michael gained a love for classic cars at an early age.

As fate would have it, Michael found his Thunderbird in Denver sitting in a garage with 74,000 original miles on it. In fact, the vehicle was kept in such pristine shape, the paint looked like it had just come fresh off the production line. The motor was in such terrific condition that when Michael turned the key it started right up. Impressed with the care given to this classic ride, he decided not to alter the body or frame, in fact the only things on the Thunderbird that are different from the showroom floor are its custom suspension and wheels. To adjust the Ford to perfect cruising height, and back down to low show stance is a full CCE airbag setup, which Michael installed along with three friends, Buma Lopez, Julian Romero, and Phil Trujillo.

As an emissions manager at Air Care Colorado in Denver, Michael has spent the last four years working hard to support his wife, Amanda and his young son, Nol. After some of his customers saw his car, they asked Michael to join Just Casual C.C. As the youngest member in the club, he receives the ritual hazing; but after the attention he received at the Denver Lowrider show, he has more than earned his stripes among the club. “My son loves this culture,” Michael tells us, “I take him to every show.”

When all is said and done, Michael has a one-of-a-kind Thunderbird that he can proudly drive on a daily basis on the streets of Denver. “It gets a lot of attention,” Michael says with a smile. Thanks to the help of his wife, son, friends, members of Just Casual C.C., Memories C.C., Norma from CCE, and mostly his father, Jerry? whom Michael credits for instilling in him a passion for classic cars that Michael will carry on to his own son, this Lowrider has secured his place within the culture. “Home Grown” is a true Colorado product that has spawned a league of its own.

Body/Paint: The original Light Green Ford paint was retained and cleaned for a full restored look. The green Caymen grain vinyl roof was restored to make the perfect color contrast.

Interior: Straight from the factory, the interior seats and woodgrain dashboard were kept immaculate and still remain in the vehicle.

Setup: A full CCE airbag setup includes two 480 Viair compressors and two air tanks. The 10-switch box runs the entire standard moves through the 4 SMC valves and into the 1/2-inch airline throughout the body.