Newsletter
Sign Up today for our FREE Newsletter and get the latest articles and news delivered right to your inbox.
Home » 1950 Chevrolet Fleetline Deluxe – La Familia 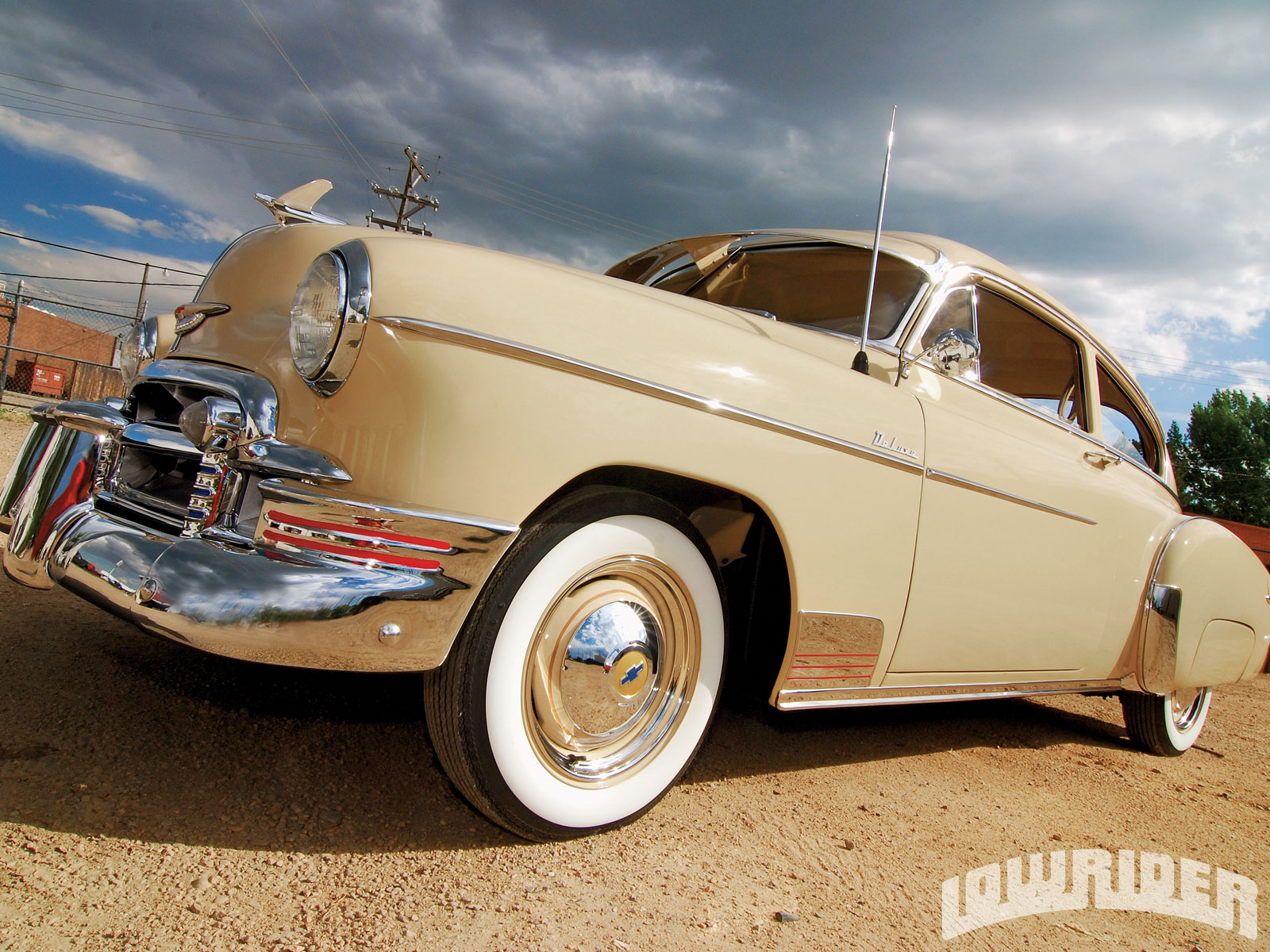 They say that life’s setbacks make for a good experience. It’s that same theory as that which does not kill you, only makes you stronger. When Randy Lopez was a young boy, he found himself in the unfortunate situation that a lot of today’s youth find themselves in; he didn’t have a father figure. He was raised by a single mother who tried to provide for five children in a conservative generation, so the cards were stacked against his success. Randy felt a lot of anger regarding the situation, and wisely channeled that frustration in other outlets. He took up boxing, but couldn’t maintain the discipline he needed to endure the sport. His adolescence was filled with minor behavioral problems, and at the age of sixteen, he became a father of a baby girl. His life was not on track and he began drinking so much that at nineteen, he decided that he could either be a great dad or a really good drunk. Choosing the first option, he entered a rehabilitation program and used his willpower to straighten his life out.

He began building bicycles to stay out of trouble and became extremely efficient in his craft, while still maintaining his passion for boxing. He decided that the best way to help other confused and neglected kids was to give them something that he had always wanted. Randy teamed up with a local juvenile Judge, youth centers, and juvenile detention facilities, and started recruiting violent and lost kids. “I would take in the meanest kids and give them a chance,” Randy shares with us. “If they were addicted to drugs, alcohol, or trapped in gangs, they were given the option to clean up and join the program.” The program Randy implemented involves going to school and maintaining passing grades, eating right, and arriving and participating in the gym five days a week. To say it’s working would be an understatement.

To give even more inspiration to his kids, Randy purchased a beat up 1950 Chevy Fleetline Deluxe. He had the kids help with stripping the vehicle down. “One of my kids had never held a wrench before,” Randy tells us, adding “I was more than happy to show him how to use it.” These kids were not raised with fathers and lacked the lessons and conversations that only a father figure can provide a wayward boy. Randy has given his all to make sure he can fulfill the children’s needs on a daily basis. As this interview was conducted, Randy was in a hotel room in Kansas City, Missouri at the Ringside World Tournament. He traveled eight hours to bring four of his kids to compete.

During the day, Randy is a route manager for a disposal company in Longmont, Colorado, where he uses his own money to finance his gym. “People aren’t exactly lining up to donate supplies,” Randy explains. “But we did get boxing gloves donated from a city member.” His lesson to his kids is the theory that whatever they put into life is exactly what they can expect to get back. Dedication, discipline, and hard work are mandatory at La Familia Boxing. “I have to thank my hardworking kids, Hilairo Ramirez Medina, Joel Cervantes, Mark Taylor, Levi Souther, Hamin, and Esmeralda for taking control of their lives. I have to thank Judge Cole for believing in me, and my family for understanding my passion for helping others.” With the promise of arriving to a boxing event in the 1950 Chevy that Randy calls “El Chulo,” these kids train and work hard every day, making La Familia Boxing Gym one of the most productive youth centers in Colorado.

Engine/Drivetrain: The original Chevy V6 216-c.i.d. was rebuilt by Randy and Fred Lopez.

Paint: Roman Diaz from Longmont, Colorado laid down a Dupont Creamy Beige and Caramel coating over the classic.

Interior: SS Upholstery in Longmont reupholstered the cabin using Tan and Caramel suede on the seats and door panels. The dashboard was painted to match the exterior color combination.