Newsletter
Sign Up today for our FREE Newsletter and get the latest articles and news delivered right to your inbox.
Home » 1982 Toyota SR5 Truck – Raw Deal 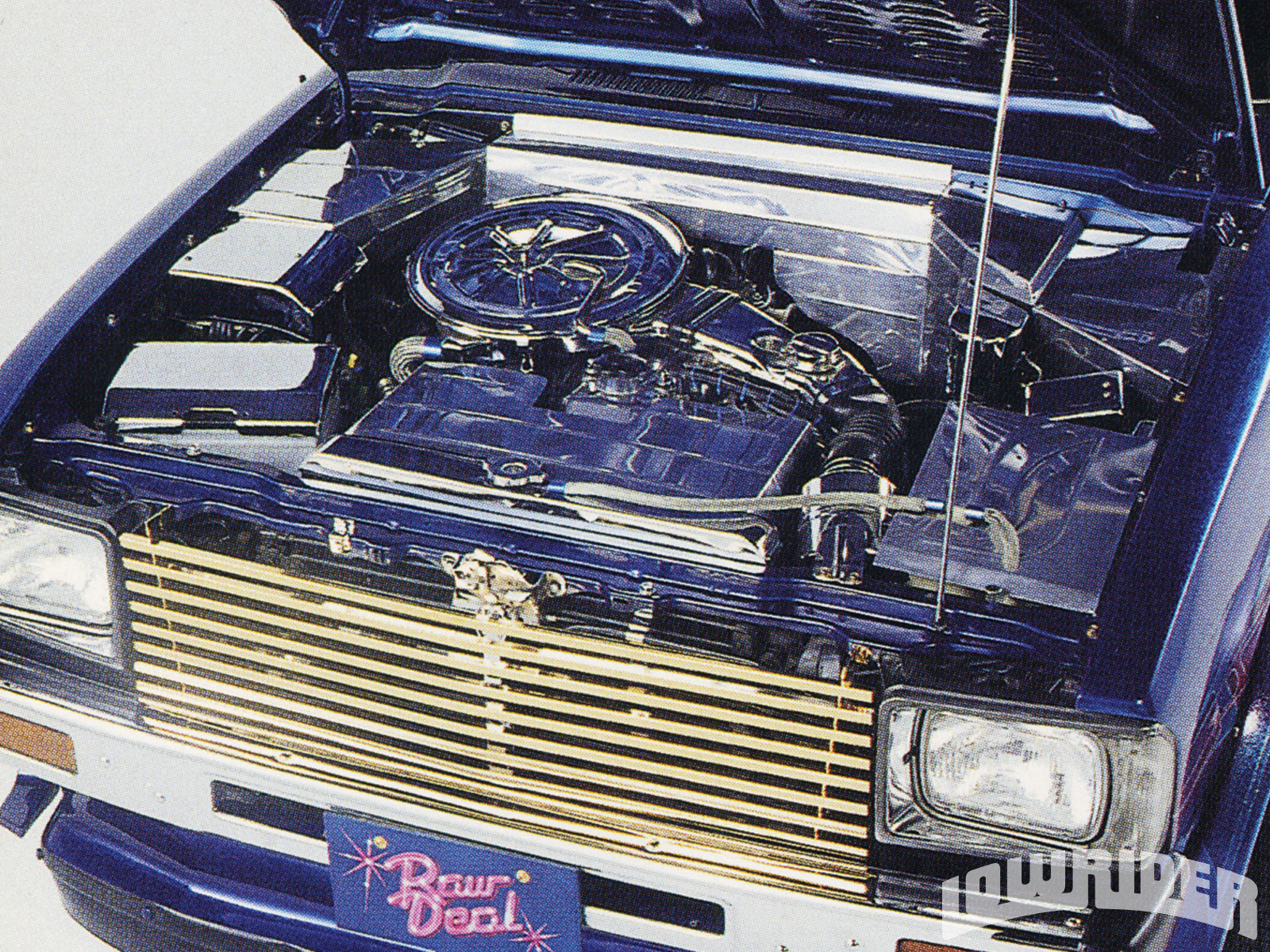 Joe Fontanilla, of San Diego, CA, has carved himself a legacy within the culture of Lowriding. After all, it was his truck that stood out and influenced future generations after being crowned the first Lowrider Truck of the Year. Just like in the movie “Raw Deal,” this truck came out fighting, and made a statement in the ’80’s. With the mini truck world blowing up during this decade, Joe decided to take his Toyota pick up truck to the next level.

This Toyota SR-5 truck that was once known for the reliable engine and sporty body style became the foundation for Joe to create a masterpiece. After attending a Lowrider Show in San Diego, he met El Larry and the two had a long talk about his truck, as Joe wanted the genre to cross over into the Lowrider community. Joe’s truck had already ditched its alloy wheels and was given one of the first crossover candy paint jobs. “Raw Deal’s” candy paintjob was done by Benny’s Customs in San Diego, CA. The paint scheme included a candy oriental blue with jumbo flakes, accented with custom-candy patterns in purple, magenta, and pink. In addition, custom ghost patterns also flowed all around the truck. The engine compartment was completely disassembled and had custom stainless steel covers for the firewall and valve covers. The engine was also dressed up with custom gold-plated accessories and a dual gold-platted carburetor. Joe also went so far as to gold-plate the rear end and the exhaust. Reds Hydraulics built the scissor lift bed, and while experimenting with the bed, they made it move and stay in different positions.

After 3 years in construction, “Raw Deal” started to hit different shows, and every weekend, it was taking home trophies and cash. Averaging at least 4 trophies per show including Best truck, Best Paint, Best Engine, and Best of Show, the truck only needed a few years to collect over one thousand trophies. “Raw Deal” was the truck to beat in its time, and Joe held the title of Lowrider Truck of the year for three consecutive years in ’88,’89, and’90. Joe retired “Raw Deal” and it now sits in storage, not because he has no love for the sport, but because his family and work keep him too busy to continue Lowriding. Joe is happy to know that his hard work and struggle has been recognized and continues to bless him after all these years. Because of this, he still keeps the sport close to his heart by attending car shows in the San Diego Area, and by being an honorary member of USO Car Club. We congratulate Joe Fontanilla and “Raw Deal” for the LRM Hall Of Fame Masterpiece award.