Newsletter
Sign Up today for our FREE Newsletter and get the latest articles and news delivered right to your inbox.
Home » 1978 Cadillac Coupe De Ville – Candyllac 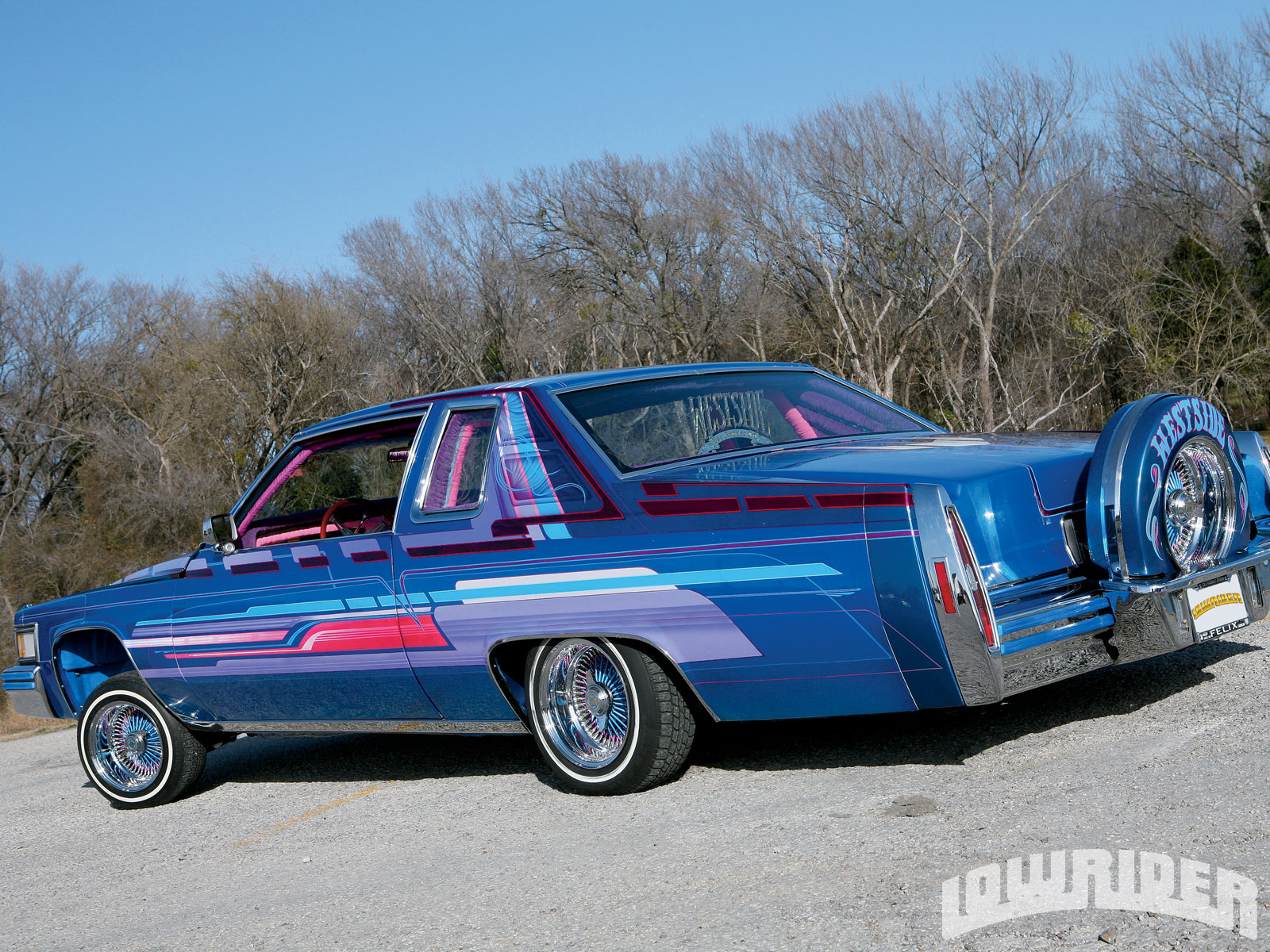 Born in El Salvador and raised on the Westside of Los Angeles, CA, Tony Alonzo has been into auto customization ever since he was a child. Tony is no stranger to the pages of LRM, either, as one of his very first projects, an ’86 Chevrolet Monte Carlo named “Drifting on a Memory,” was first introduced by our magazine in 2005. While he was building that car, he had another project on his hands in the form of a ’78 Cadillac Coupe De Ville, which he promised himself would one day be good enough to also earn coverage in this prestigious magazine. This would prove to be no overnight project, as Tony originally purchased the car back in 1997, and it sat in his garage for 10 years before he ever laid a hand on it. Time spent on this car would indeed be worth it, however.

The Cadillac was initially a street sweeper that Tony only drove during the weekends. Tony breathed a little bit of life into the Caddy by adding a simple custom paintjob and a hydraulic set up. After cruising the car with these additions for the next 5 years, it was put back in storage, as he concentrated on bigger projects, like moving his family to Dallas, TX. Although he had moved, Tony wanted to remain a part of the car club he held so dearly, Westside Car Club, so he opened up a Westside chapter in Dallas. Since Tony was a Westside vet of over ten years, he became the chapter’s president and the process of opening this new chapter went fairly smoothly for him. While he was busy moving his family, and setting up the club, the Caddy was receiving a new makeover.

Before Tony left Los Angeles, he dropped the car off with Ernie, from La Puente, CA. Ernie kept the car in his shop, and began working on the car by shaving the door handles, firewall, and trunk. After preparing the car for paint, Ernie laid down a candy blue base with micro flake, and then added custom color graphics. The name of “Candyllac” was given to the ’78 Cadillac, due to the many different candy paint colors that were used to finish the car’s exterior. While the car was getting painted, Johnny Rivas, from Westside Auto Sounds, began to rebuild the original engine, and started by delivering different pieces of the engine compartment to get painted to match the exterior. The interior was also redone, and the front and back seats were reupholstered by Rick Zamora, also from La Puente, CA. Rick took out the stock interior and added custom built swivel seats in the front, and in the rear, the seat was replaced with a Love Seat. The interior was completely refurbished in tuck-n-roll and Biscuit Tuck with pink and purple fabric. The car’s dash, door panels, roof and floor were also custom upholstered.

Now that the car was looking right, the only thing left to do was juice it up a bit. Tony had it delivered to his new hometown in Grand Prairie, TX, where he hooked up the two-pump Pro Hopper set-up with custom bend hard lined tubing and a custom built fiberglass housing, used to keep the upholstery from being damaged in the event that the pumps might leak. After putting the final touches on the Cadillac, Tony hit the show circuit in full force, and has been taking home numerous awards in the full custom class ever since. Now that “Candyllac” has made a name for itself, Tony is starting on his next project, and he assures us that it will also be worthy enough to be inside the pages of LRM. Tony would like to give thanks to his wife, and his friends Jaime, Johnnie, Pigeon, David, and Nick for helping him out in making “Candyllac” an award-winning show car.

Engine: The stock engine and transmission were rebuilt by Johnny Rivas from Westside Auto Sound in Los Angeles, CA.

Upholstery: Nick Zamora from La Puente, CA reupholstered the interior with Pink, Lavender, and Purple velour to compliment the exterior of the car.