Newsletter
Sign Up today for our FREE Newsletter and get the latest articles and news delivered right to your inbox.
Home » 1974 Chevrolet Caprice Classic – Shop Laggard 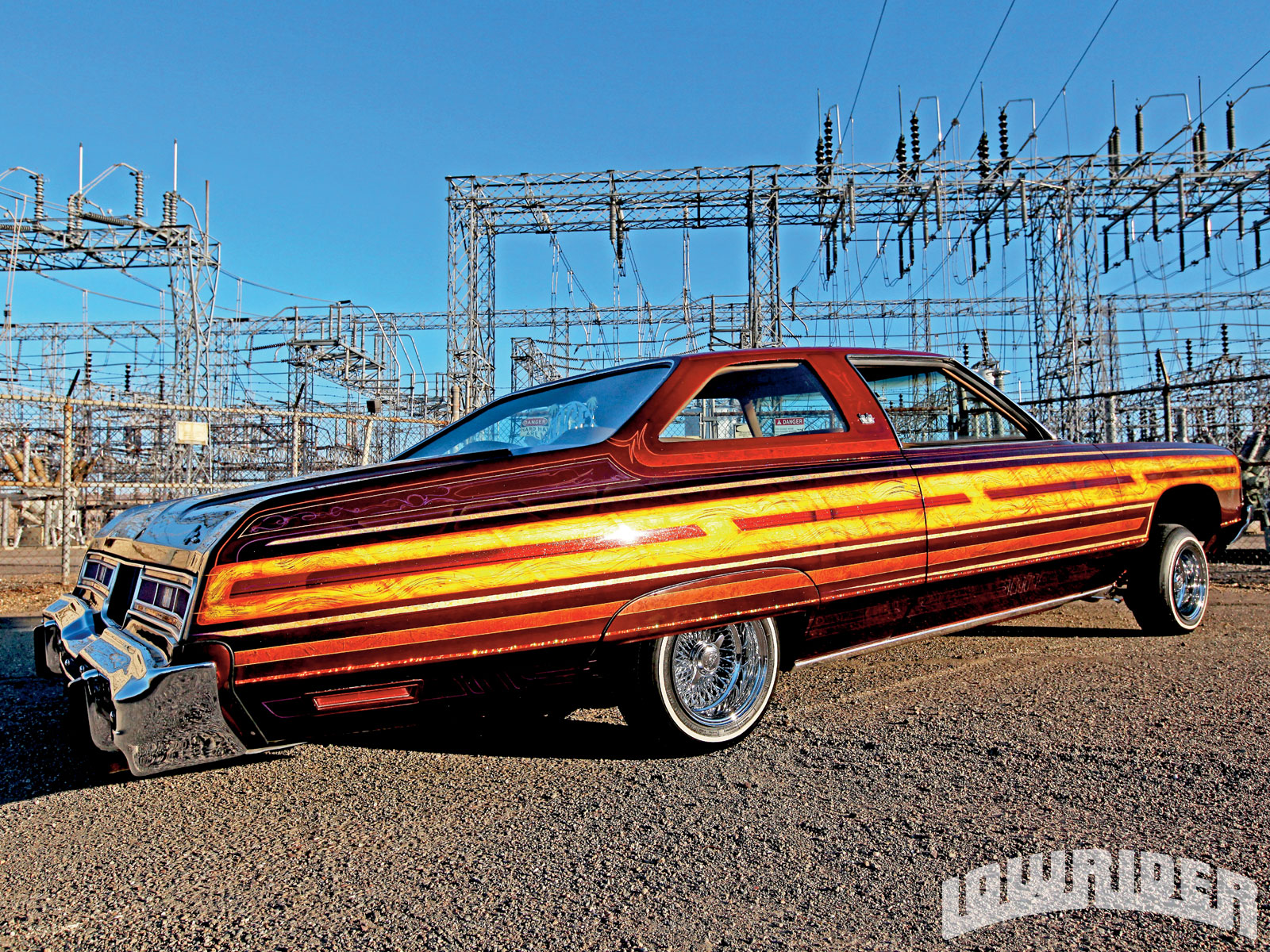 Picture the scene: Story and King intersection, San Jose, California, 1974. The heyday of Lowriding was in full swing, and all of NorCal’s specialty car clubs were canvassing this legendary cruising mecca from bumper to bumper. During this glorious time, a young man by the name of Victor Freas was among the legendary cruisers of the era, and he was often seen riding shot gun with his neighbor, in his ’69 Grand Prix. With a sister in a car club called Street Escorts, and a front neighbor who was a member in Grand Masters car club (an all Grand Prix club), it wasn’t hard for the 14-year-old Vic to become hooked on the Lowrider scene. Friday thru Sunday, you could find a young Vic making his rounds on the Boulevard, enjoying life. He would eat at the Jack in the Box on Story and King at 2am, and then cruise until the sun rose on the East Hills.

“If only the youngsters nowadays could experience what it was like to be on Story and King in the mid ’70’s,” reminisces Vic. “If you can imagine three lanes, bumper to bumper on both sides, only moving inches at a time, for hours on end, with all the parking lots packed with Lowriders, that’s how it was back in the ’70’s,” Vic says with a gleam in his eye.

This Lowriding vet is no stranger to this history. At age 17, Vic bought his first car, a ’67 Chrysler New Yorker, from his father. During the early days of his career, he had multiple cars, including a ’77 Grand Prix, a ’66 Riviera and a ’78 Firebird. While he had his ’78 Firebird, Vic also had a baby boy, who he named Victor Jr. Strapping his boy to the car seat of his lifted Firebird, Vic Sr. would go out cruising the streets of San Jose, with his baby boy still in diapers.

Fast-forward to the year 1995, when one of Vic Sr.’s cousins tipped him off that one of his uncles was selling a 1974 Caprice Classic. The ’74 Caprice Classic was not only the first year of the Glasshouse, but it was also the first year that Vic Sr. began Lowriding. After approaching his uncle and aunt about the car, they told Vic Sr. to name his own price. Making the deal for just $1,300, Vic Sr. had his Glasshouse! When the time came to lift the car, there was no question about who would take on the job; the one and only Andy Douglas.

In 1999, Vic Sr. along with his family, moved to Manteca from San Jose. Being a rider, Vic wasted no time in bringing the Glasshouse out for a spin. Taking it down Yosemite Ave, he spotted a bunch of Lowriders gathered up in a parking lot. The occasion was the Enchanted Creations and Impalas toy drive. Turning heads as he pulled in, he was approached by Mike Page, (a member of USO), along with the rest of the USO members out of Stockton. With a clean ride, Vic was offered the opportunity to prospect for USO car club. Not wanting to make a decision without doing some research on the club first, Vic got their contact information, and headed on his way.

Vic decided to give his friend Smurf from San Jose a call, to see if he knew anything about USO. Smurf said “Vic, if USO wants you to join them, then join them!” Vic took Smurf’s advice and that following January, he called up the members of USO and began prospecting. Once his dues were paid, Vic was an official USO member. He has remained a loyal member of the club, now known as UCE car club, for over a decade.

Interested in getting his battery rack welded down, Vic paid Leroy and Kenny Gonzalez a visit down at the Punch 84 shop in Turlock, CA. After seeing what this talented father and son team was capable of, he decided to drop off the car in June of 2000, to have them refurbish the engine and undercarriage. After six years of work, Vic was finally able to pick the car up, only to drop it off at a different shop. In July of 2006, Vic dropped off the car to Adam Stone of Stone Cold Customs in Porterville, CA, who added the retro patterns with gold leafing. While the car was in Porterville, Luis Rojas of Rojas Upholstery in Stockton, CA, came and gutted the Glasshouse’s interior. Rojas was unable to finish the interior until the completed car returned from the paint shop the following year. The build of his Glasshouse took over seven years to complete, but at last, Vic was satisfied. The last thing left on his plate was to name the car, and wanting a unique name but relatable name, Vic came up with “Shop Laggard.”

Shop Laggard made its debut at the 2007 Lowrider Magazine Super Show in Las Vegas, placing 1st in ’70’s Semi-Custom. Overall, Vic Sr. is happy with the work that went into Shop Laggard, although he would have liked to receive the car sooner.

When asked if he considered his car a street car or a show car, Vic Sr. answered, “My car is a Lowrider, no matter how much it has cost me, it’s meant to be driven. I like to drive it and show it off. You will see me driving it anywhere within a 2hr drive,” he says stoically.

You can catch Vic Sr. riding his custom built Glasshouse to shows, picnics, and other events, with his son Vic Jr. riding by his side in his all original ’64 Impala. Usually when you see a father and son riding together, the father is in the all original stock car, and the son is in the custom painted and lifted ride but not the Freas’. When I asked Vic about this irregularity, he gave me the perfect answer: “Its cause I’m young at heart, and my son is an old soul.”

Paint: Being an old school rider, Victor Freas Sr wanted to go with a Retro paint job. Going with House of Color paint Victor gave the task of laying out the multi-pattern paint job to Adam Stone of Stone Cold Customs in Porterville, CA.

Engine: ’08 Create engine was installed by LeRoy and Kenny Gonzales out of Delhi, CA who added several custom made parts. The 350 had everything chromed out by Moreno at Moreno’s Polishing out of Fresno, CA

Interior: Luis Rojas of Rojas Upholstery in Stockton, Ca stitched up the Ostrich and Leather interior.

Hydraulics: Legendary Andy Douglas installed the 2 pump set up with 6 batteries on the glasshouse.