Newsletter
Sign Up today for our FREE Newsletter and get the latest articles and news delivered right to your inbox.
Home » 1970 Buick Riviera – Rivi King 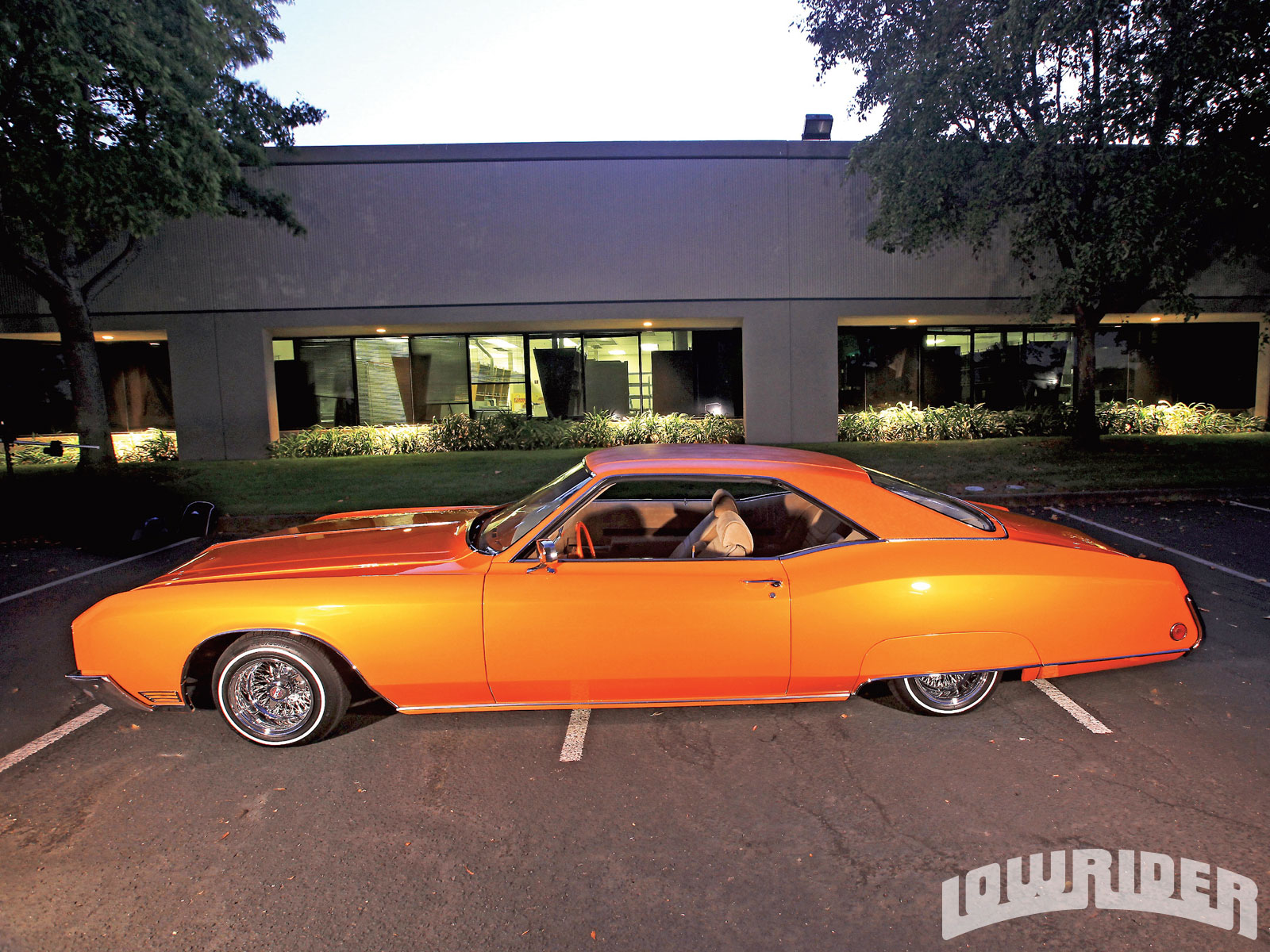 Many Lowriders find their love for the culture from destiny rather than choice. Such is the case for Harry Nieves, who was born into a Lowriding family in Hayward, CA, in 1977. His father, Hector, and his Godfather, John Cerros, were the founders of the original Rebirth Car Club. The pair established the club in1974, to spread their love for the sport that defined their lifestyle. As Harry was growing up, he saw his uncle and cousins driving Lowriders, and he couldn’t wait to someday get one of his own. He didn’t have to wait long, in fact, he only had to wait until his 12th birthday, when his uncle surprised him with the perfect gift. That’s right, at the tender age of 12, Harry received his first Lowrider, a 1963 Impala, under one condition; he had to stay out of trouble. Harry did just that, as his love for cars and the lowriding lifestyle kept him busy and off the streets, away from the negative direction in which many of the neighborhood kids around him were heading over the years, he learned how to install hydraulics and perform body work, and by the time he was 22, Harry had become well versed in the timeless art of building Lowriders. To support his passion, Harry found himself a good union job, which paid him enough money to help him make his dreams come true. Harry, along with a few of his car-building friends, pooled their money together and invested in an auto shop, which would allow them to have a place of their own to build cars. Soon after forming the shop, the crew brought Rebirth Car Club back to life, almost 20 years after its inception, which was something that Harry had always wanted to do. Style was very important to the club, and they made sure that the cars they were building stayed true to the way they were previously built; following the classic Lowrider blueprint from the late ’70’s and early ’80’s.

Harry really wanted to choose a car that not everybody else had, so he decided on a 1970 Buick Riviera, and began his search for the perfect project car. When he found out that one of his co-workers had one for sale which was already in the process of being rebuilt, he couldn’t pass up the opportunity. He bought it right away, and was delighted to find out how much work had already been done to the car. It was already painted, the vinyl top was done, the engine compartment was painted and the engine was rebuilt too, giving Harry a nice jump-start on building the perfect Rivi. The rest of the car was in pieces, but an excited Harry was ready to sink his teeth into the project full-force.

Rebuilding a Buick proved to be quite the challenge for Harry and his club members, as they were only used to previously building Chevys. To assist them with the build, Harry was able to find a complete parts car which showed them how to put the Riviera back together.

The whole project took about 6 months to finish, with the club members completing all but the interior on their own. They began with the modification of a 1977 Cadillac disk brake rear end, making it possible to fit 13×7 wire wheels between the quarter panels and skirts – something they were told could not be done. The ambitious group also had the drive shaft customized to hook up a modified rear end, while also putting disk brakes in the front. After this step was completed, Harry was able to go to work on his own, doing what he likes to do best; install the hydraulics. He built the battery rack, had his cousin paint the floor, and put in a two-pump chrome Showtime set up, powered by 4 Group 31 batteries.

After the exhaust was finished, it was off to the upholstery shop to give the Rivi a luxurious interior. He was hoping to find something that was custom, but still looked original. He decided on having the stock pattern stitched in with a sandstone-colored velour, accented by ivory tweed inserts. Happy with the overall outcome, Harry readied his “Rivi King” to represent Rebirth on the show circuit, as well as in the streets.

In the future, Harry hopes to keep making improvements to the Riviera, while furthering the interests and membership of the Rebirth Car Club. He would like to see Rebirth grow to become one of the best clubs in Northern California. He gives his heartfelt thanks and love to his parents, Hector and Darlene Nieves, for raising him and bringing him into the Lowrider lifestyle, and sends the same love and thanks to his Uncle Darren and Auntie Syndie for giving him his first car- the 1963 Impala, where it all began. He also extends a special thanks to the Rebirth Car Club, for all their help and support along the way.

Interior: Able’s Upholstery of Hayward, CA stitched up the stock design and gave it a twist.

Paint: Lolo at Custom Mike’s got the body straight and laid down a House of Color Pearl Lamborghini Orange.

Setup: Harry installed a two pump chrome Showtime set up with four Group 31 batteries with 8 switches mounted in the instrument cluster to control the Rivi King.