Newsletter
Sign Up today for our FREE Newsletter and get the latest articles and news delivered right to your inbox.
Home » 1984 Chevrolet Caprice – Low Nok 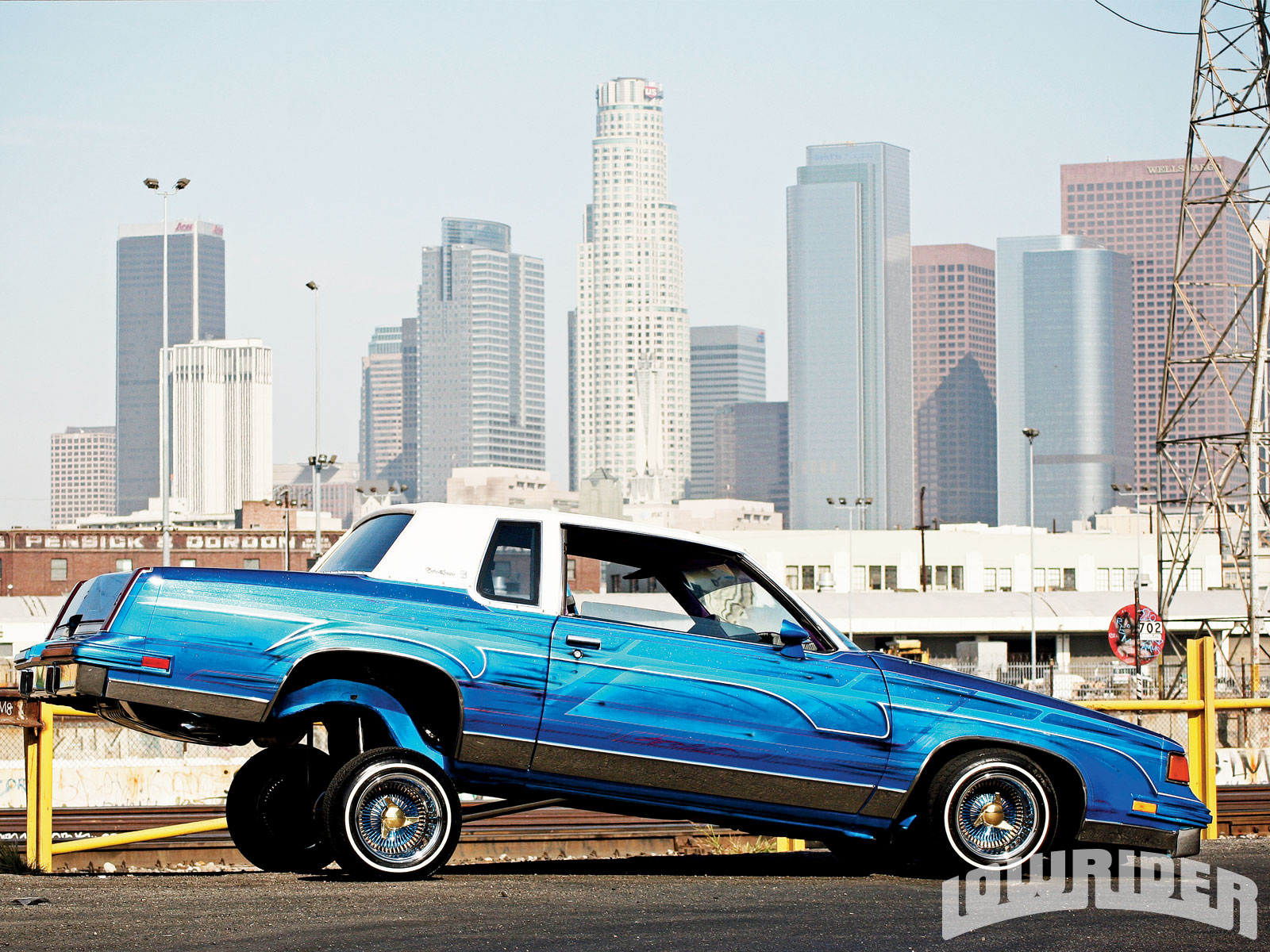 Many may know the famous Nokturnal Car Club as being a predominantly modern club filled with newer model Euros, SUVs, and luxury cars, fitted with larger sized custom rims and sporty interiors. Nokturnal may be a club at the forefront of car customizing in the sport genre, but when it comes to traditional style Lowriding, the Nokturnal Car Club is not a name that comes to mind. Showing just how diverse their club can be, though, a member from their Fresno chapter, George Ramirez, decided to step out with a custom Lowrider. Known as “Chucky” amongst his friends and fellow club members, George decided to go old school and re-up a classic G-body ride, with this ’84 Oldsmobile Cutlass, known as “Low Nok.” For a mere $2300, Chucky secured the vehicle, before investing another fifteen thousand dollars and two and a half years of his life transforming this seemingly traditional GM car into something quite extraordinary.

At a glance, this Cutty may look like the typical full-custom Lowrider car from the mid-90s, with its standard painted patterns, coffin-style interior, and airbrushed murals. Given a closer look, however, any true car enthusiast can see the time and attention to detail that went into creating “Low Nok.” Many current Lowrider enthusiasts have integrated modern styles from the other car customizing genres into building their own versions of Lowriders. This influence from hot rods, low rods and import tuners, as well as the latest technology in paintjobs, tweed interiors, and engine modifications have led to the creation of some truly unique, albeit “new school” Lowriders. Chucky chose to keep his build traditional, all the way down to the crystal chandelier hanging from his car’s ceiling and its two front swivel seats!

This Cutlass was the kind of car that Chucky dreamed about while he was still in school, back in 1992. Through graduation, military service, and full-time work, those dreams became closer to reality, as he had obtained the money he needed to craft this one-of-a-kind Cutty. At first, Chucky says this ride was to be an occasional cruiser with periodic switch hitting, but the urge to go further in the design of this ride could not be resisted. As the customizations progressed, so did the level of modifications in this G-body. Chucky thanks his family and friends for making his dream come true against all odds, support that he remains forever grateful for. Chucky insists that he’s not done with “Low Nok” yet; he already has a Continental Kit in his possession that he’s about to install on the rear bumper. More plans are on the way, but he says those will remain a surprise for now.

Engine: 1984 GM 307-c.i.d. 5.7 liter with candy painted parts to match exterior of car. Chucky completed the engine work in his own garage.