Newsletter
Sign Up today for our FREE Newsletter and get the latest articles and news delivered right to your inbox.
Home » 1984 Chevrolet Caprice Classic Landau – The Classic 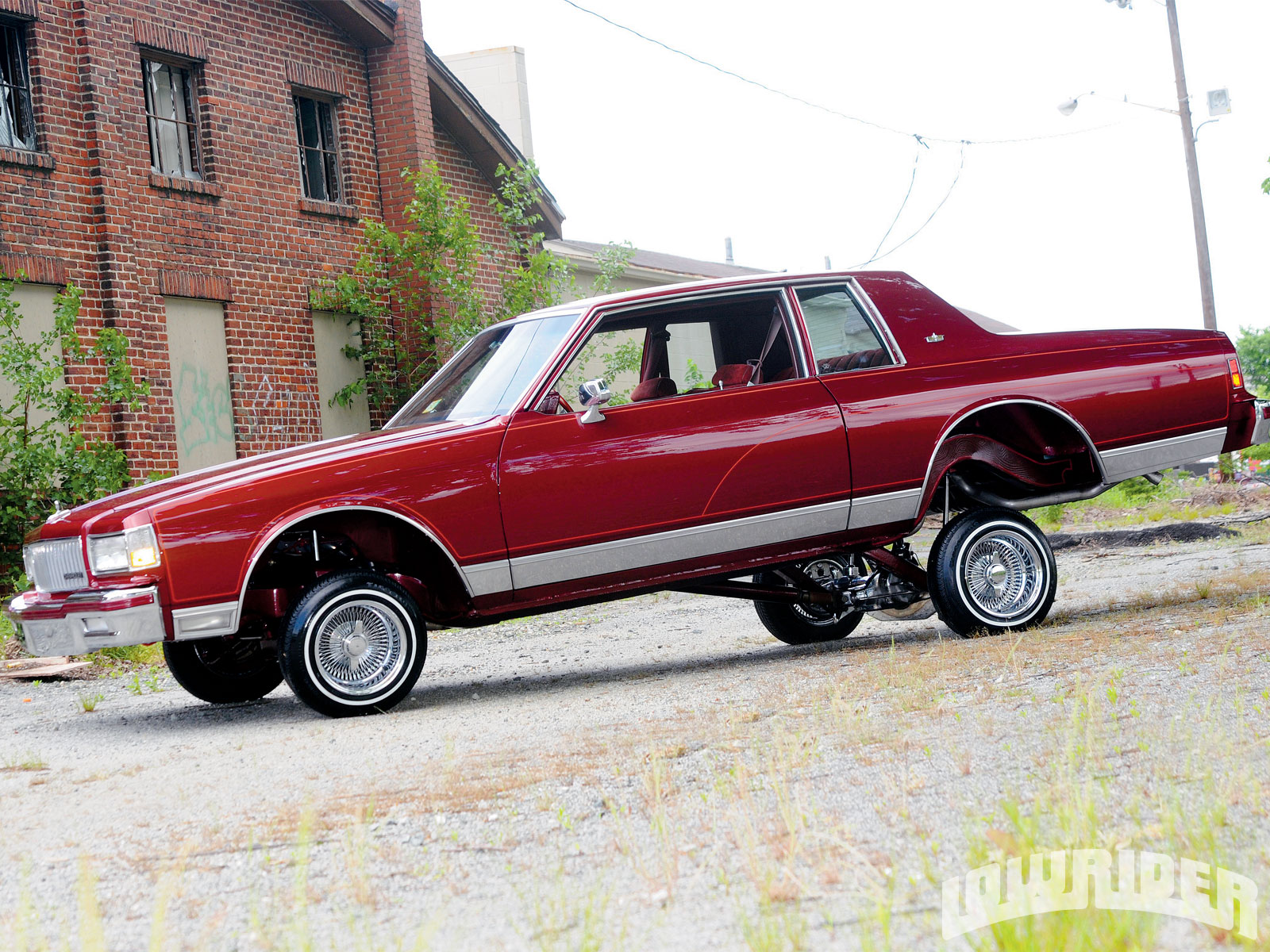 What do you get when you combine a top notch show car with a high powered hopper? For 28-year old Pat Rowan from Woodbridge, Virginia, you get “The Classic.” At the age of twelve, Pat was suspended from school for bad behavior. His father, determined to keep him on the right path, purchased a model car kit and told his son to build it. The intention was to keep him occupied and out of trouble, but it spawned a much more creative path than he could have possibly anticipated.

The history of “The Classic” began when Pat’s father bought the 1984 Chevy Caprice Classic from a professor at a Maryland college. He made a deal with his son, that if he kept his grades up and stayed out of trouble, the Chevy was his. On his eighteenth birthday, Pat received the Caprice. With his limited budget, Pat made small changes to the Chevy by lowering the body and mounting custom wheels. Significant progress ultimately began when he purchased an ’88 parts car and removed the front nose and tail, affixing them to his ’84 which gave the Caprice the Euro style. The Landau top was also removed because it didn’t fit into his future plans.

As he was now employed full time at an auto body shop in Alexandria, Virginia, Pat was able to save enough money to begin his project. The Caprice and parts car were both brought to Billy Caudle of Caudle Racing, where the stock V8 305 was replaced with the heavier V8 350 off the ’88. Hanlon Plating in Richmond was used for all the polishing and chrome plating. Pat removed the suspension, reinforced the upper and lower control arms, and removed the frame before dropping the Caprice off to Pitbull Hydraulics in Kentucky, where the Caprice was fully wrapped from front to back.

Once the frame arrived back home, Pat began installation on the hydraulic setup. With limited experience, every step was a learning process for him, but the end result yielded a show stopping, four-pump Pitbull Hydraulic setup, using three Adex dumps. Eight- inch Pro Hopper cylinders control the front height, while fourteen- inch cylinders lift the rear. In order to achieve a perfect launch, Pat added 41/2-ton springs to the front and 2-ton to the back. Twelve Car Quest Group 31 batteries line the trunk for power, with six switches mounted to the dash.

After the hydraulics were successfully installed, the Chevy was driven to Tim Sergent in Springfield, Virginia, where he and Pat stripped the stock white paint off the body and coated the Caprice with Sikkens Starfire Red, a color from the AzkoNobel paint line. Like his Caprice’s massive rear end, the trunk lid was also sent out and painted with another massive rear end. A mural of Vida Guerra was painted by Banshe Studios in Maryland.

Without the help of God, his father Mike and mother Diane, Jimmy Rollins, Kim Dryden for the guidance and shop space, as well as extra help from Tim and Charlie Sergent, Pat’s passion and dreams would not have been achieved. His longtime girlfriend, Viviana, stood by him through the build and told me, “He’s very passionate.” She adds, “When Pat has a vision, he won’t stop until he gets it.” “The Classic” is a threat at every car show, either launching past the sticks or taking home the trophies. As a new member of Individuals Car Club in Virginia, Pat Rowan embodies the true Lowrider culture.