Newsletter
Sign Up today for our FREE Newsletter and get the latest articles and news delivered right to your inbox.
Home » Roll Models: A New Evolution for Lowriders 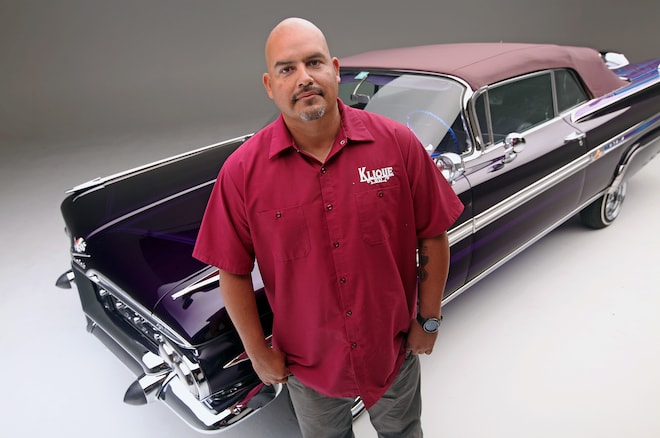 Even in this day and age of open-mindedness and social awareness, there are still many cultures overshadowed and haunted by negative and age-old stereotypes. Of the many cultures that continue to be judged or perceived on the basis of false or dated misinformation is the culture of lowriding. Typically pigeonholed as vehicles for gangsters and the mode of transportation for the underworld, lowriding has long been at the receiving end of negative press.

That said, the mission for creating “Roll Models” is to introduce 5-6 minute video segments that will teach the masses otherwise. The purpose of these segments is to highlight and expose the true beauty of the personalities behind lowriding. We want to share our culture, spread the love, and above and beyond everything else, we want to share the stories of the men and women who own not only build—but drive—these incredible vehicles and influence the world in their own special way.

Lowriding is a labor of love that takes years to complete and these are cars that are typically passed on from one generation to the next. In short, they become a part of the family lineage and tradition. The personal relationship between car and owner is one that represents a culture that revolves around family. Yet, these six-figure builds are being orchestrated by individuals whose occupational history and significance is as rich and vivid as the paintjobs on their cars and that is what we want to showcase.

We will be featuring lowrider owners who are sworn officers, entertainers, and athletes and included in this long list of stand-up individuals are CEOs and CFOs of some of your favorite destination points. They are leaders in the community, they fight for our freedom, and some simply just work hard for their money, but in the end what ties them together is the unity of our car culture and the desire to give back to the community.

The reach of each segment is one that is sure to go viral. It is also an important vessel of communication that will open the eyes of car lovers globally. From longtime readers to those interested—but always embarrassed—to admit their appreciation of lowriders, these video segments will erase the marks of ignorance, and shed light on the overshadowed world in which we have a multi-cultural love affair with our cars and the lifestyle that stands behind it.

In addition to educating the masses, we are here to educate the future lowriders about the history of lowriding while dispelling the myths and rumors that derelicts and misfits of society strictly own our cars. It’s time for us to expand the reach of our market and we wholeheartedly believe that Roll Models will help us achieve that goal and we’d love for you to join us for the ride.

As a retired military officer, Miguel Alatorre, has been responsible for fighting for our freedom and his fight continues today when it comes to stereotypes of lowriding. Roll Models sits down with this veteran as he makes a case as to why his love for classic cars and wire wheels has kept him on another mission.