Newsletter
Sign Up today for our FREE Newsletter and get the latest articles and news delivered right to your inbox.
Home » Lowrider Garage Episode 46 – It’s a Bomb Thing in Phoenix, Arizona 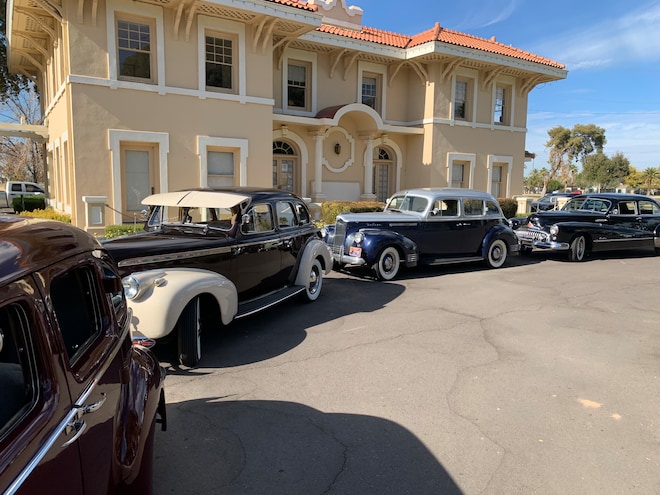 The Lowrider Garage video series explodes with episode #46, featuring the rising Phoenix Arizona “Bomb” scene and captures the Phoeniquera Classics and Phoeniquera’s Finest car club at the historical downtown Norton House. We get an exclusive look at one of the most popular bomb car clubs around as Fleetlines, Pontiacs, Packards, Buicks and Chevy Master Deluxe continue to make the move on a predominately Chevy Impala Lowrider Southwest.

We’ll get their view on the changing of the guard, so to speak, as many more lowriders are trading in their traditional sixties and seventies rides for 30’s and 40’s style cars. The Phoeniquera Classics are not your typical car club, either, and they have a very special bond that keeps them together. It’s a guys and gals club as everyone is an owner/operator. That’s right, they don’t like to enjoy the ride while sitting shotgun, they cruise from behind the wheel and their experience and stories are the real deal, so check this one out on our Instagram T.V., Facebook and don’t forget, we’ve finally got our videos going up on our YouTube channel as well! Time to get “Bombed” out this Friday at 5pm PST with another Lowrider Garage episode.