Newsletter
Sign Up today for our FREE Newsletter and get the latest articles and news delivered right to your inbox.
Home » Lowrider Garage Video Series Visits Klique Car Club Of Arizona 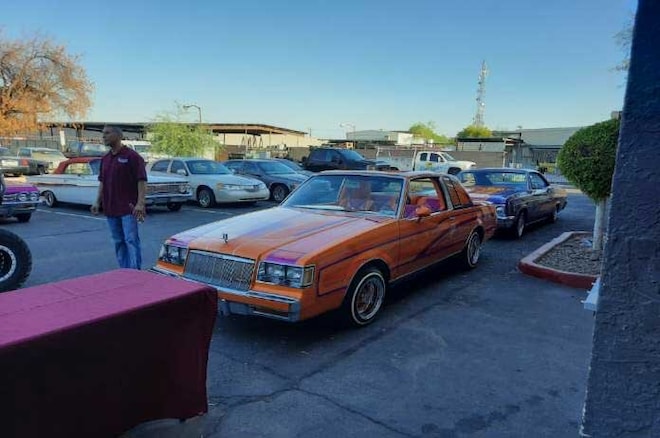 Lowrider was down in Arizona to feature the well-respected and represented Klique Car Club’s Phoenix chapter. Since their early beginnings, the Klique was one of the first car clubs to set standards, bi-laws and the ways of life practices that most car clubs follow today. The Klique is an organization that’s demonstrated a passion for lowriders and the lowrider car club culture for fifty-five years strong. Along with the Pharaohs, Dukes, Imperials and Groupe, they are the pioneers who’ve set the traditions we acknowledge today.

There are many chapters of the Klique, all the way up to Vancouver, but the Phoenix chapter exemplifies the past and the future through dedication and pride for over 3-decades now. Lowrider was there to sho case this club’s quality show cars, their membership and their club house/night club which they all hang out at. Their story is the same one that was handed down to them, which they uphold, enforce and live by. You can find out what tradition truly means to them as a club living the lowrider life today, but with values from the past. Join us on Instagram T.V., Facebook and lowrider.com this Friday, September 18, at 5pm PST.

History was made last August when Klique car club brought together all nine of their chapters for a picnic.

Oscar Segura seems to be somewhat of a trendsetter and artist on wheels, building and owning some of the cleanest and most memorable Lowriders in Orange County, California, and beyond.

The big “K” representing in the O.C.