Newsletter
Sign Up today for our FREE Newsletter and get the latest articles and news delivered right to your inbox.
Home » The “Mothership” Lands and Lowrider Garage will be there, LIVE! 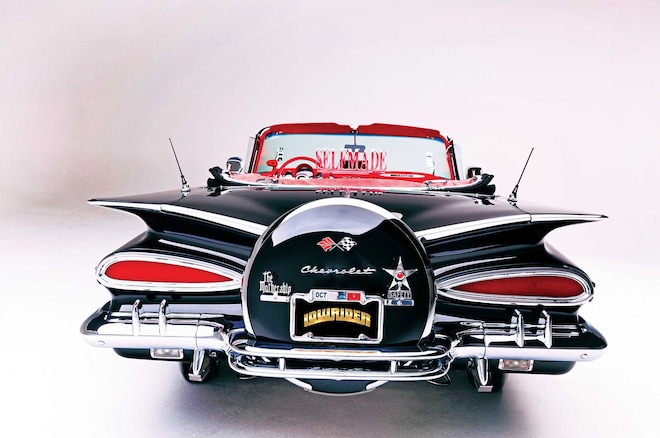 Lowrider Garage is headed to Van Nuys, Ca, this Friday, June 12th to visit with Chris Mills and his iconic 1959 Chevy Impala “Mothership.” Chris has several other popular Lowrider builds as well, but ever since his ’59 rag hit the cover of Lowrider Magazine, he’s had a huge following and we will find out why as we talk during this live video.

Although he also owns plenty of exotic cars, his love is the classics, preferably the ones that have switches underneath the dash. He tells us he owns Crenshaw Blvd and he also has a shop in the Valley, teaming up with Pro Hoppers’ MacGuyver, building custom one-off project cars and trucks, so check out this episode because it’s going to be a Mothership! This Friday at 5pm PST, we’re going live on Instagram and if you miss it, catch it right after on IG TV, Facebook, and lowrider.com!

Joe Ray and Lowrider Garage take you behind the scenes with Lowriderclothing.com

While we were cruising Van Nuys we spotted Chris Mills riding in his 1959 Impala convertible, “The Mothership.”

Chris Mills is nothing short of a car fanatic. From classics to exotics, he’s been through them all, but little did most know that at heart he is a lowrider.

Rides A Texas Lieutenant Riding Clean in his 1959 Chevy Impala

When it comes to styling and an imposing stance, the 1959 Impala is undeniable.