Newsletter
Sign Up today for our FREE Newsletter and get the latest articles and news delivered right to your inbox.
Home » Lowrider Garage Visits Uniques C.C. of Orange County 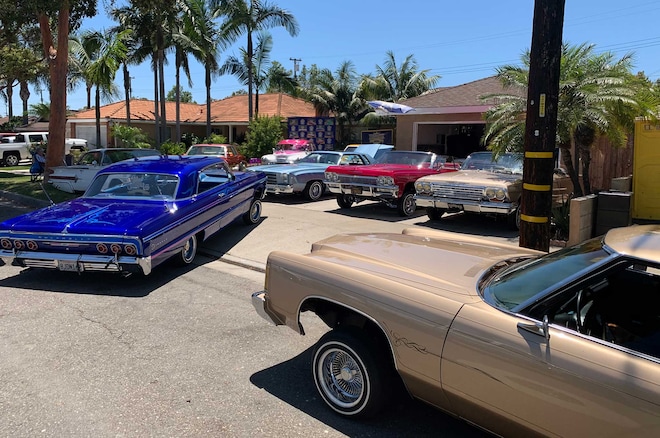 The Lowrider Video Garage Series was in Orange County for episode 20 to visit with Uniques Car Club, a group that’s been around for three decades now with ten chapters and a story to tell.

Established in 1990, they have plenty of featured cars that were of cover and centerfold material—some of which were mini trucks and Lowrider Euros. Back in the 90s, that was the scene that kept Lowriding alive and well and to this day, that era and style of rides doesn’t get the respect it deserves. Ask anyone from any car club today if they ever owned a mini truck or euro and I bet there is a good portion of guys that did and started their journey into Lowriding, which eventually lead them to where they are today.

Besides family and tradition, the Uniques C.C. respects where they came from. In addition, they never forgot the goals associated with their name and trying to be different, starting back in the 90s. That may be part of the reason Uniques is where they are today, but you’ll have to check out the new Lowrider Garage segment starting this Friday at 5pm PST on Lowrider’s Instagram T.V., Facebook and website. Meanwhile, be safe and mask up!

An experience that celebrates the pop culture phenomenon of Mexican wrestling—better known as Lucha Libre.

For the last decade, the OC chapter of Impalas has been throwing a hump day cruise night at the Sonic Burger in Anaheim.