Newsletter
Sign Up today for our FREE Newsletter and get the latest articles and news delivered right to your inbox.
Home » The 2010 Census: It’s All About Money & Power – Raza Report 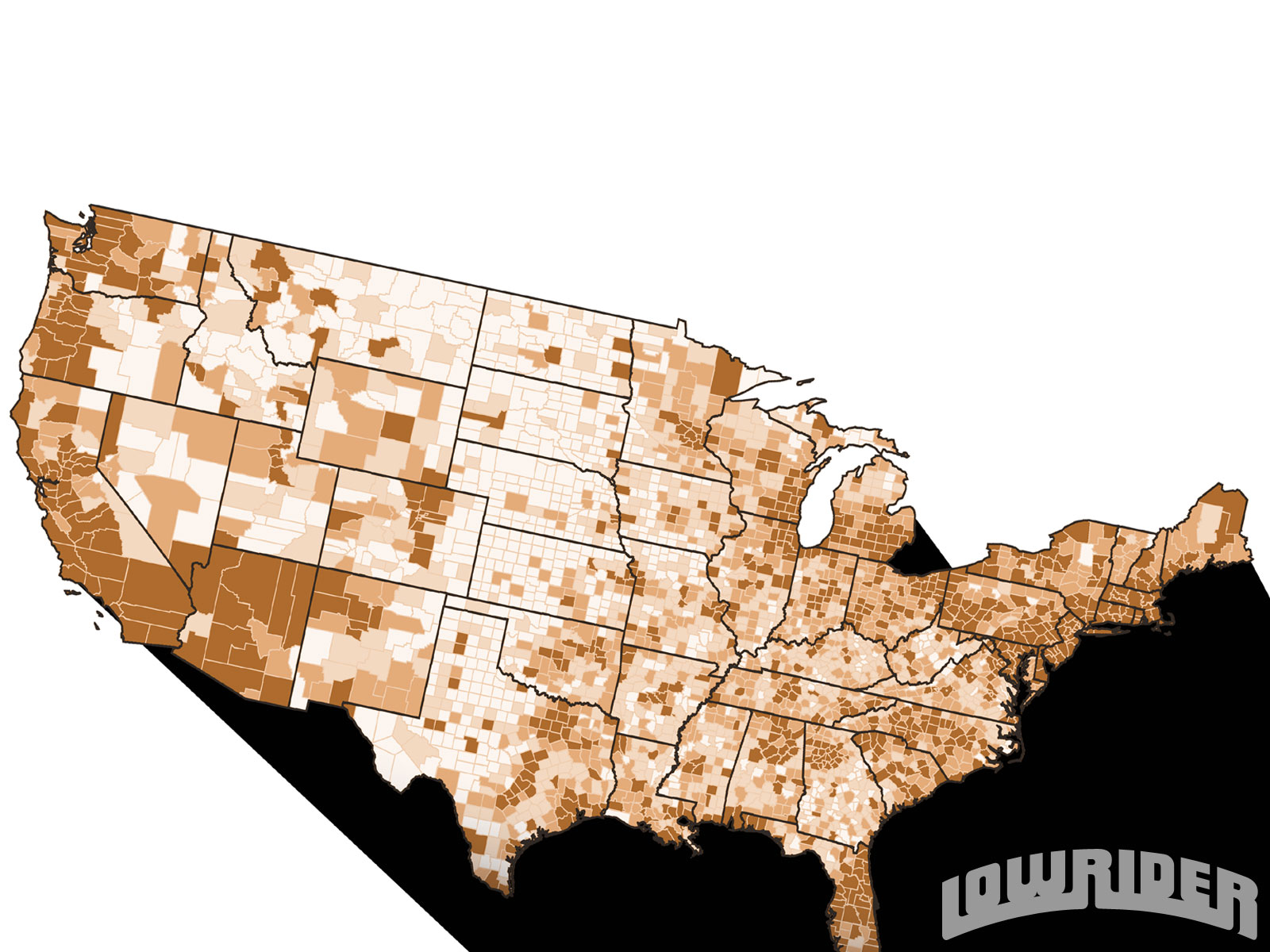 …And why you could end up with more of it than you thought possible… “Unused power slips imperceptibly into the hands of another.”- Konrad Heiden

If there was ever a time to consider the impact of money and power, this year has to be it! We are certainly experiencing some tough economic times. Many of us are reexamining our relationship with money and how we access it. Others are also thinking about the power structures that got us into this “economic mess” as we’ve heard some people say.

With that in mind, we find ourselves thinking that if money is scarce, power is beyond our grasp due to the fact that it’s a commodity handled and traded in the halls of the Nation’s Capitol. The Nation’s Capital is filled with politicians and the wealthy, but lets not forget that every ten years something happens throughout the nation that redefines, recalculates, and recalibrates the power structure that redistributes wealth to communities, fill seats in the government, and the investment of the infrastructure for Americans, which leads us to the discussion of the US Census.

Yes, the Census is upon us once again, but the question remains… will Americans exert their Constitutional rights to be counted? Some will, but others simply won’t. Why is that and what are we missing here? When asked the most important reason for people to participate and be counted, Arturo Vargas, Executive Director of the NALEO Educational Fund (www.naleo.org), the lead Hispanic organization for Census Hispanic outreach (yaeshora.info); had this to say, “The Census is about two simple things: Power and Money. In this country we give it away based on numbers. So if you are counted that means your community gets its share of power and its share of money. This is critical so that we, as a community, can continue to move forward…see progress.”

You may have seen the Census ad that ran during the Super Bowl, placed in magazine ads, seen on television commercials, viewed on postcards, and notices received by mail, alerting you that “It’s Coming…” the 2010 Census Questionnaire. I don’t know how else to say it folks, other than to borrow from the well known swoosh brand, and urge you to “Just Do It”. If anything, your children and your community will benefit and may have a voice, but if you’re still unsure, or just can’t be bothered, please remember the words of Malcolm X, “Power never takes a back step-only in the face of more power.”

Now that’s a truth! Even the President will be unable to ignore this issue, because he has the immigration reform which he promised “as a priority” during his campaign, which is now by the way on the indefinite backburner. Guacha, que a nosotros no se nos ha olvidado, Senor Presidente… In the end, there’s nothing more ‘encouraging’ than a pissed off constituency that promises to be counted-this time. Pass me the questionnaire, por favor. -LR

What is the Census?
The Census is a count of every person residing in the United States. The count must include people of all ages, races, and ethnic groups, citizens and non-citizens. Federal law protects the personal information you share during the census.

The information collected is used to distribute Congressional seats to states, to make decisions about what community services to provide, and to distribute $400 billion in federal funds to state and local governments each year.

When does Census occur?

Why is the Census important?


Census data shapes the future of your community and defines your voice in Congress.


• Every year, the federal government distributes $400 billion in funds based on census data.

How do I get counted?

Getting counted is important, easy, and confidential. Below are five key steps you should know in order to get counted:

Step 2: Census forms are mailed or delivered to households. More than 130 million households throughout the country will receive a Census form in mid-March 2010, either by mail or in person by a Census worker. Households should complete and return the form as soon as possible.

Step 3: Census Day is April 1, 2010.
April 1 is established by the Census Bureau as Census Day. Responses should include everyone living in your house hold on April 1, including name, relation ship to the head of household, gender, age, birth date, ethnic origin, race, and status as homeowner or renter. You will finish in less than 10 minutes and your information will be kept confidential. Households should complete and return their forms as soon as possible. Those households that have not returned their Census forms by April 9th will receive a follow-up visit from a Census worker to obtain their responses in person.

Step 5: The Census results are in. By December 2010 the Census Bureau will deliver population counts to the President for apportionment, as required by law. Apportionment is the process that determines the number of representatives that each state gets in the U.S. House of Representatives based on population.

Where do I get counted?

The Census Bureau developed residence rules that provide instructions on where people should get counted during the Census. Most people should be counted in the residence in which they live or sleep most of the time. However, some people may have unique living situations and be unsure about where they should count themselves.

People who are on vacation or a business trip on Census Day, April 1, 2010 should be counted at the home where they live and sleep most of the time.

Non-Permanent Residences or Without Housing

People who are living in a temporary housing unit, or staying temporarily with family or friends should get counted in the residence where they live and sleep most of the time or where they are staying on Census Day, April 1, 2010.

People in Group Quarters, or
Other Institutions

People living in-group quarters such as hospitals, prisons, nursing homes, college dormitories, or transitional shelters for people experiencing homelessness will be counted in their group location by the Census Bureau (see Non-Permanent Residences above).

Migrant and seasonal farm workers get counted where they live and sleep most of the time if they report a residence otherwise they may get counted at the workers’ camp where they stay most of the time. If you believe you were not counted, you can also pick up a Be Counted form available at various community locations .

Children in joint custody will be counted at the residence where they live most of the time. If time is equally divided, they are counted where they are staying on Census Day (April 1, 2010).

US. Military personnel living on or off base in the United States, but not in the barracks gets counted in the residence where they live and sleep most of the time.

US. Military personnel in the military and living overseas get counted using the military’s records for home address.

Citizens of foreign countries living in the United States get counted in the residence where they live and sleep most of the time.

Members of the general public can take an active role in the campaign and ensure that everyone in their home and community is counted.

Being up-to-date on all the latest news and information on the Census is critical. Sign up for ya es hora email and text message updates.

As a member of the public you are the most affected by the success of the census and ensuring that there is an accurate count.

Work for the Census

Help your community be counted and earn money while doing so.

The Census Bureau will mail about 13 million bilingual forms (English and Spanish) to neighborhoods with the greatest need for assistance in Spanish. You can also request a form in Spanish by calling the number on the Census form, or by simply calling the Bureau.

If you did NOT receive a bilingual questionnaire and would like to receive one, you can request one by calling the Telephone Assistance Centers below:

The NALEO Educational Fund is non-partisan organization that facilitates the full participation of Latinos in the American political process, from citizenship to public service. www.naleo.org