Newsletter
Sign Up today for our FREE Newsletter and get the latest articles and news delivered right to your inbox.
Home » Individuals 40th Anniversary 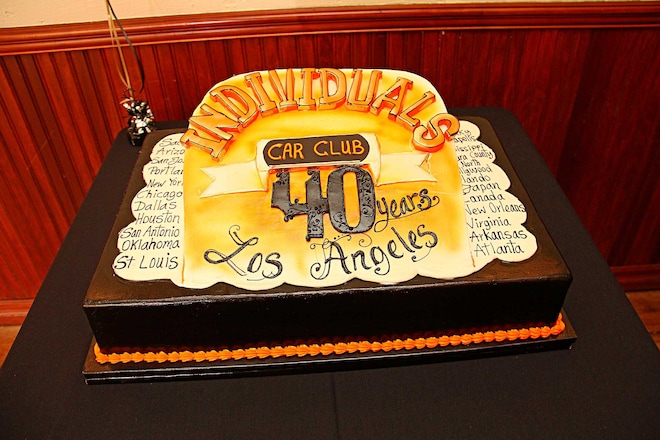 Fourth of July weekend is usually spent drinking beer, barbecuing, and checking out the fireworks shows, but this year we spent it celebrating the 40th anniversary of the Individuals Car Club. The club planned different events for the whole 4th of July weekend that kicked off with this banquet on Friday as 13-inch wire wheels began rolling into the Lakewood Country Club as the sun was setting. The members came all suited, with black and gold being the preferred choice of color.

Indianapolis member Brock drove his Cadillac all the way on 5.20s for the celebration. Other members from across the country, such as Chicago, St. Louis, Virginia, San Jose, Arizona, and Louisville came out, as well as a couple from out of the country, from Canada and Japan, to celebrate the mother chapter’s big 40th.

The night kicked off with drinks and dinner followed by an award ceremony, hosted by Tha Smoke Dogg. Club founder John “Cudda” Patrick and famed club member Charles Clayton gave a speech on how the club was founded and what it represents to be a member of the Individuals. With the night still young, the DJs kicked some old-school hip-hop and everyone who wasn’t hitting the dance floor were hitting the bottle. Congratulations to the club for successfully hitting the streets and the switches for the last four decades.